It’s been half-a-decade since the original AirPods changed the game for Bluetooth earbuds. Mocked at launch by some for their long-stemmed design, it didn’t take long before they became virtually ubiquitous, the driving force in what was still an emerging category. They offered a form factor, design and user experience that tied the technology into a package that makes sense.

Of course, a lot can change in five years — especially in this industry. And frankly, I’m not sure I’ve seen a category come of age and capture the public imagination as quickly as Bluetooth earbuds. Every major hardware maker has at least one good or great pair of buds, and some, like Nothing, have popped up in their wake with the express mission of disrupting the status quo.

Apple’s line has been through its share of changes, too, of course. In 2019, a second-generation product added the H1 chip for hands-free “Hey Siri” and improved wireless functionality, a better battery and an optional wireless charging case. That same year, the company added a premium tier to the line, in the form of the AirPods Pro. The model adds active noise cancellation (plus a transparency mode), a standard wireless charging case and silicone tips — a long-standing request from Apple headphone devotees. 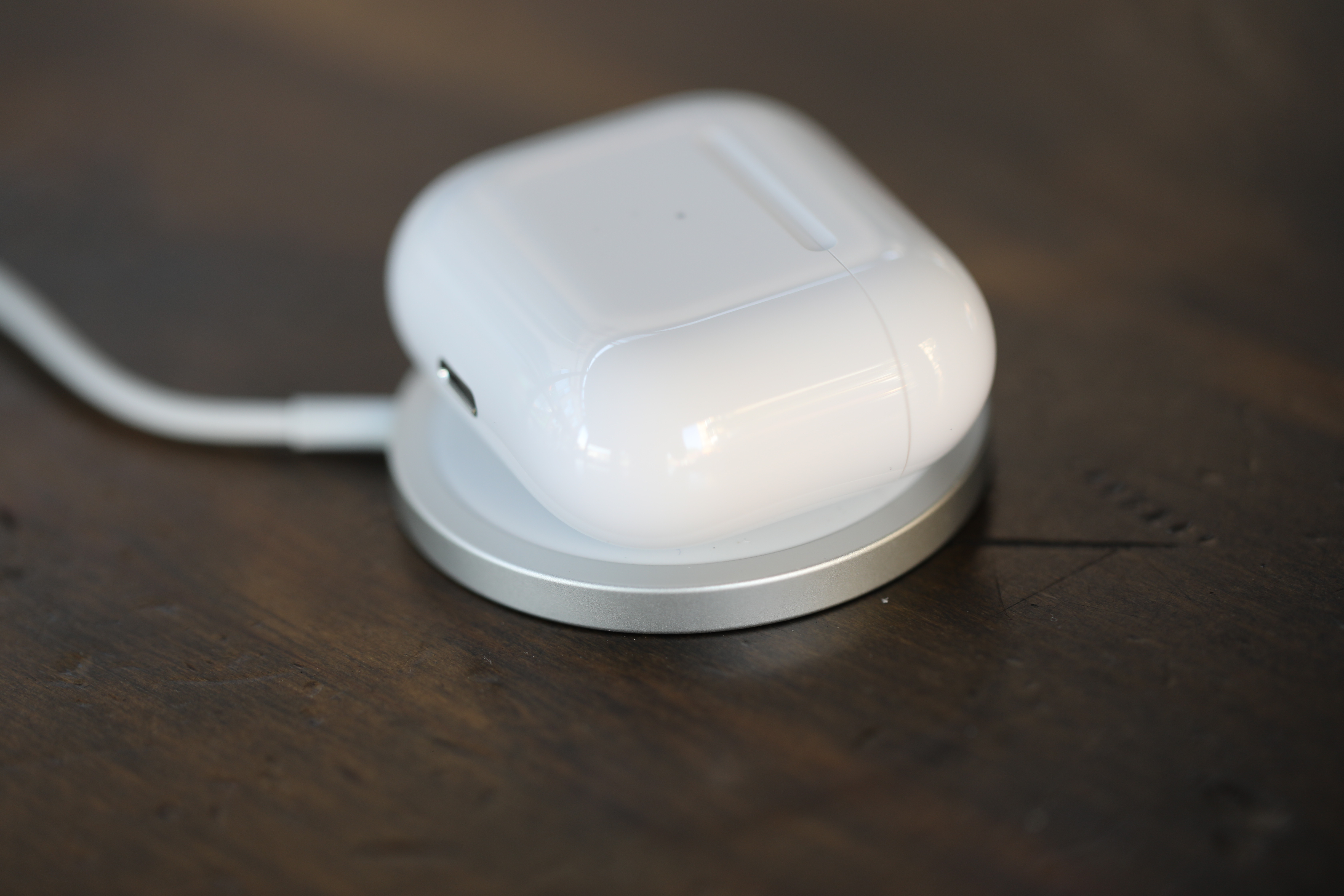 At the time of writing this, there are currently three AirPods buds models, plus the over-ear Max. Effectively every single model the company has sold since 2019 is currently availably for purchase on its site. Only the first-gen version has been discontinued. The newly introduced third-generation model best their predecessors with a new design, the addition of spatial audio, sweat and water resistance and an included MagSafe charging case (all shared features with the Pros).

They also get an added hour of battery life on the buds and six additional hours with the case, bringing the totals up to six and 30 hours of life, respectively. At $179, they’re in between the Pros ($249) and second-gen ($129), though a fair bit closer to the latter. With the Pros getting a little long in the tooth themselves, it’s not surprising that an updated standard AirPods have further blurred the lines between the two SKUs. Heck, the shorter stems and longer charger bring the design language far more in line with the Pros.

For the time being, the primary differentiators are: silicone ear tips, active noise canceling and, of course, pricing. The Pros are still priced at a premium and are, without question, the company’s best earbuds, along with being one of the best premium earbuds, period. But the last year or two have seen features like active noise canceling become increasingly ubiquitous among various price points. 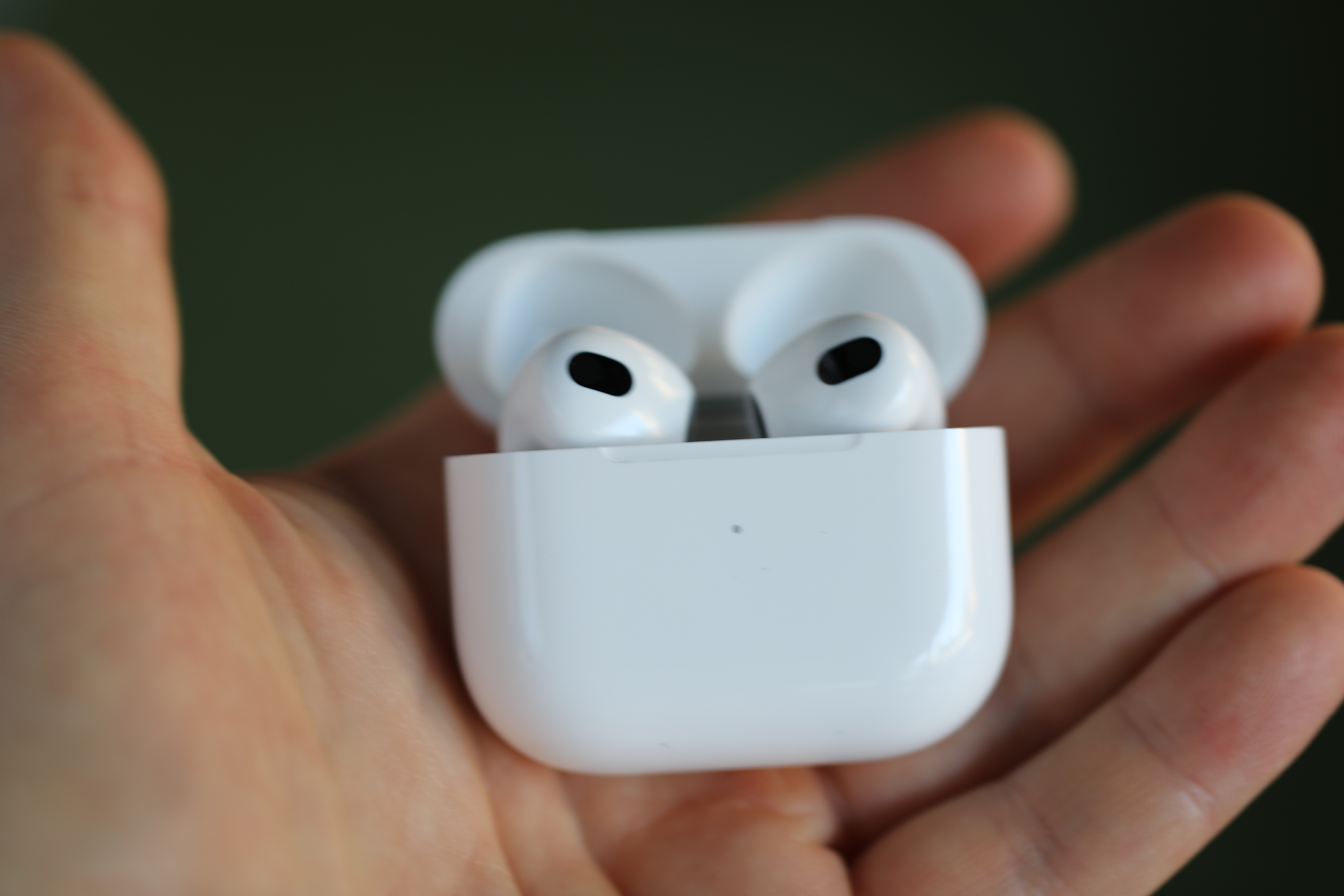 The AirPods 3 exist in a sort of limbo, as a notable step up from their predecessors in terms of features and sound quality and a step down from the Pros that were introduced the same year. Price point, I think, is the most compelling case here. Seventy dollars is not an insignificant premium to move from the AirPods to the Pros. But as someone who has regularly used the Pros for the past couple of years, switching to the AirPods for day to day use has been a noticeable step down.

The more contoured third-generation buds are unquestionably more comfortable than their predecessors, but the gulf between them and the Pros feels like night and day. That’s likely to be even more the case for people with smaller ears — having different-sized, removable tips is a lifesaver for some. The seal those tips provide also create passive noise canceling through a physical seal that effectively keeps in more audio frequencies and blocks out ambient noise.

As a long-time proponent of the silicone tip, I was surprised to hear that there are still people out there who prefer molded plastic. But I’ve since been able to confirm that at least one TechCrunch staffer fits the description, preferring to insert anything into their ear. Fair enough, I guess — and certainly I won’t begrudge a company for offering options, even if one seemingly makes the other feel outmoded. 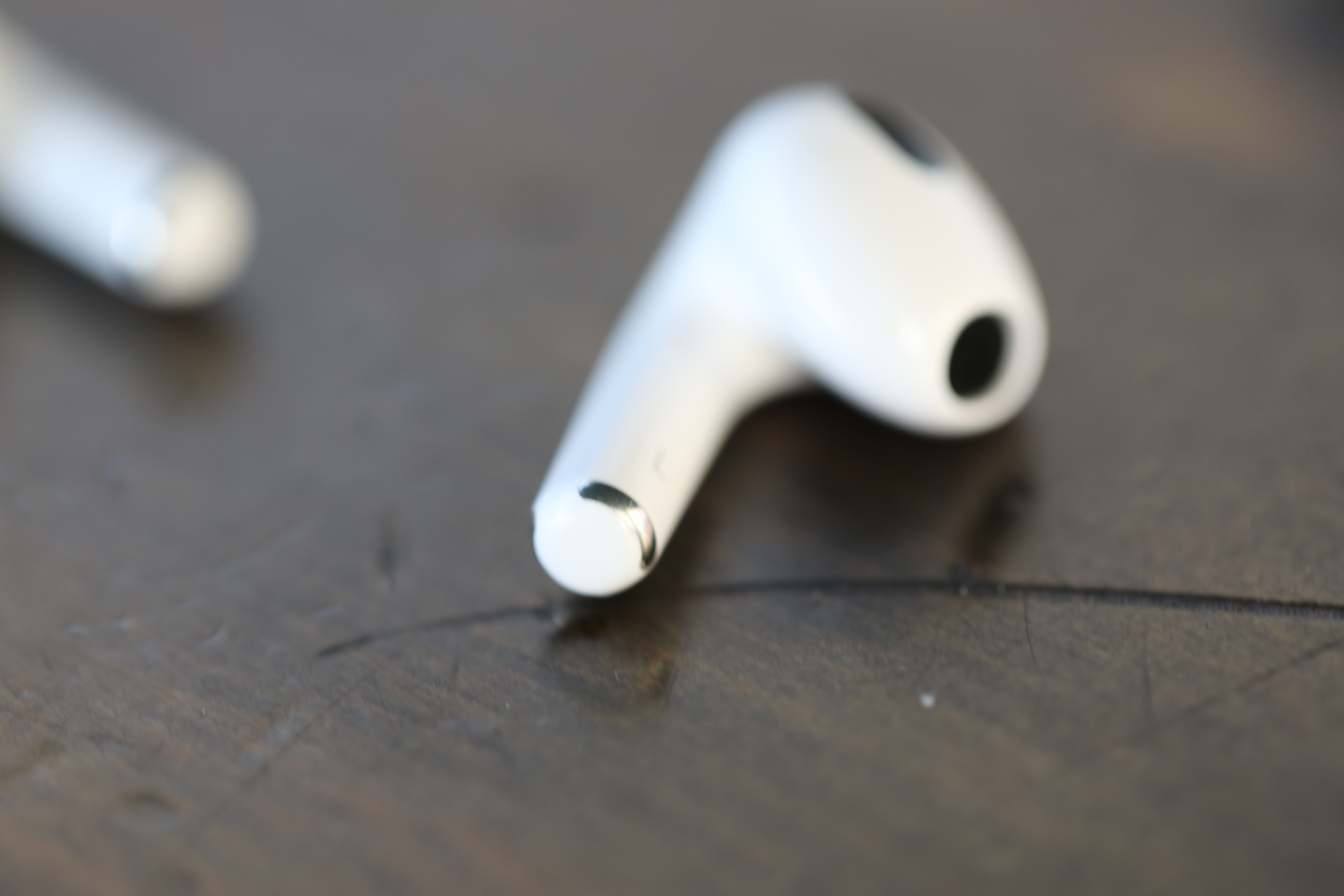 As a resident of New York City’s biggest borough, much of my life is spent immersed in street noise — and for that matter, a constant barrage of construction from the comfort of my home. The Pros’ active and passive noise cancelation make a world of difference when a street sweeper or above-ground subway train pass me on the street, not to mention a parade of emergency vehicle sirens. There were times when the podcast I was listening to was drowned out in the cacophony of city life. Though, again, there are reasons to appreciate this from a situational awareness standpoint.

Wireless charging is a welcome update here. You can top off the case with a MagSafe or standard Qi charger. The former has the advantage of snapping together manually. Spatial audio, meanwhile, is a nifty feature. On a FaceTime call with multiple people, their voices are assigned locations based on where their boxes sit on the call. The effect is also novel in an app like Apple Music, which adjusts sound based on your location to the source (your phone, tablet, etc.) almost as if it were the speaker. 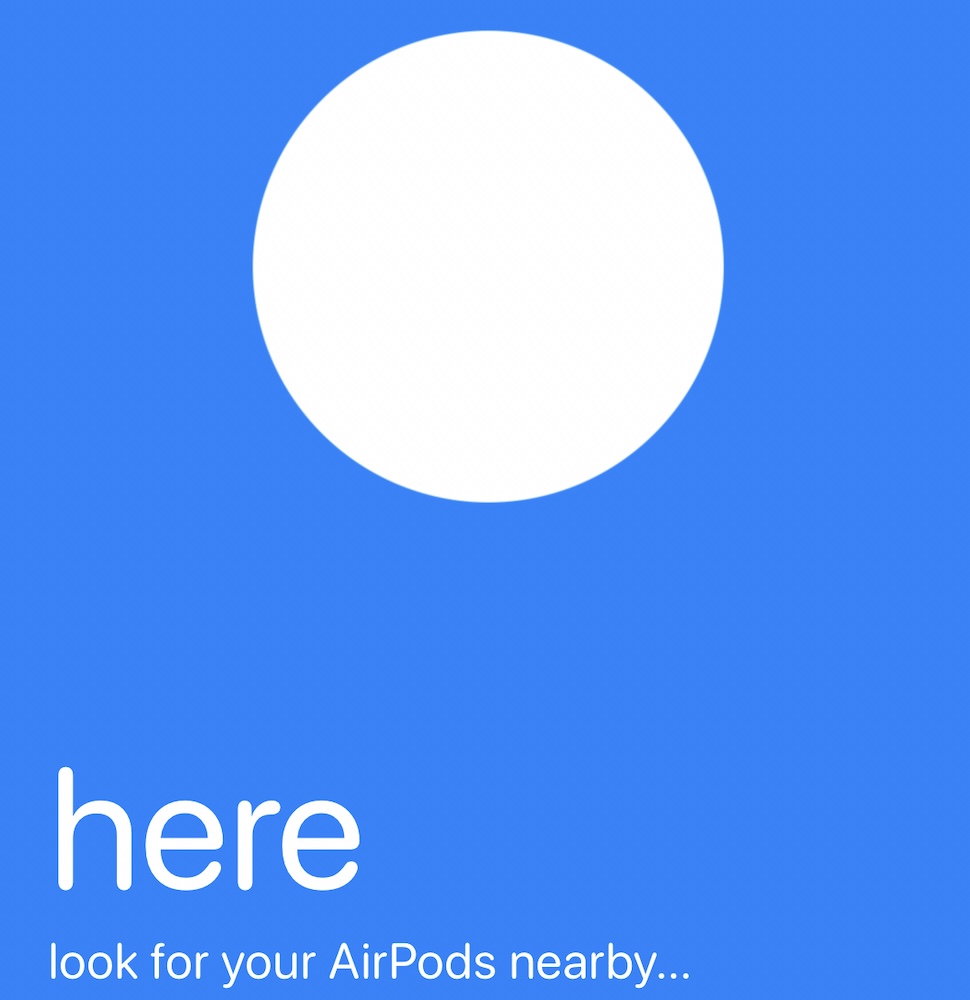 The new AirPods also get support for the new Find My feature, which adds a Bluetooth beacon-style layer onto the existing functionality. That makes it easier to find the individual buds in close quarters. Anyone who’s had to rely on the beeping sound knows it can still be a headache to locate the buds in a messy room.

As ever, the earbuds work best with Apple products — as I tend to say in all of these reviews, your best bet is generally buying a pair of earbuds from the same company that made your phone. The pairing was certainly stronger on iOS, but the AirPods generally worked fine in use with an Android device. 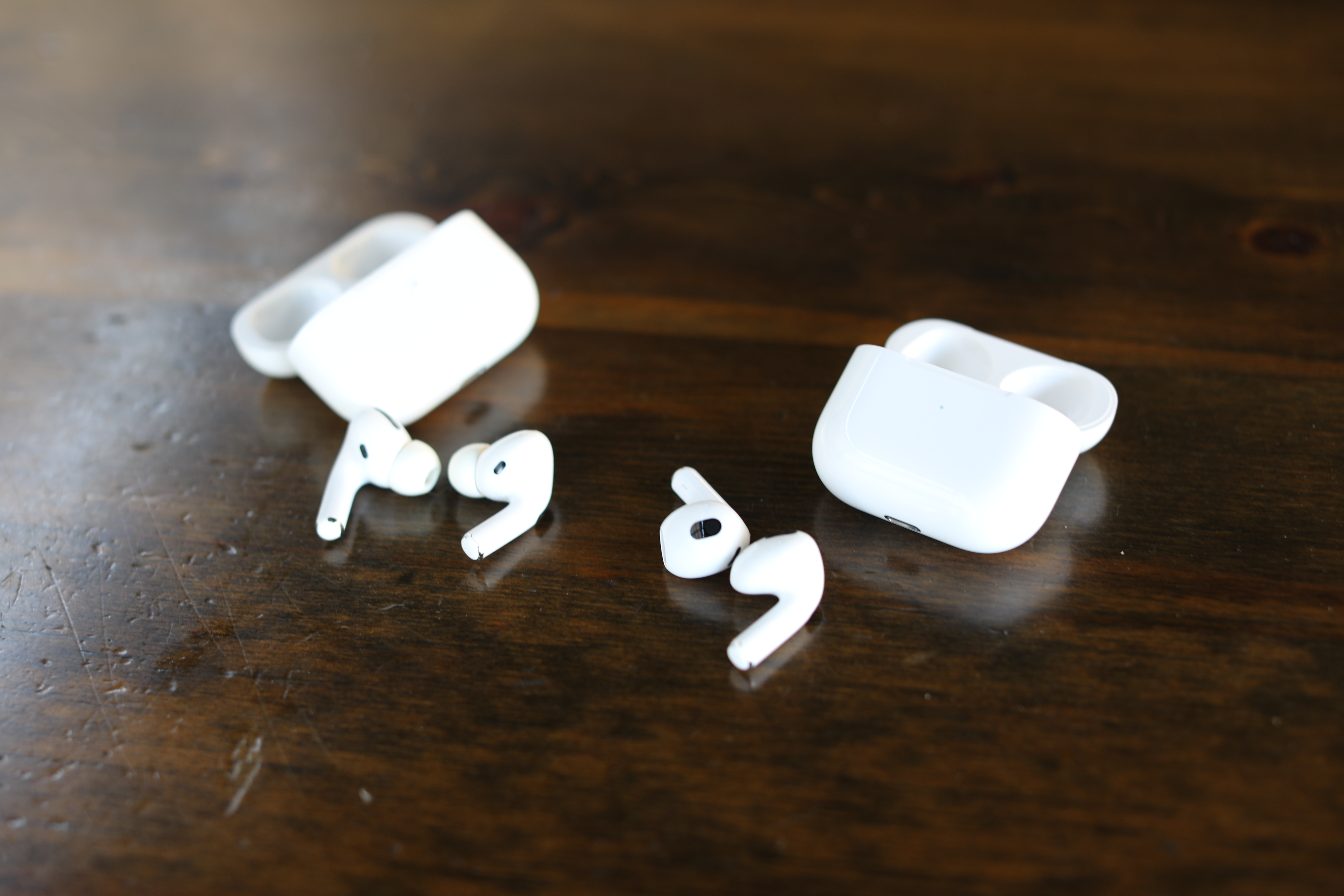 Watching the lines blur between the AirPods and AirPods Pro, it seems almost inevitable that the products will eventually merge into one. For now, the new generation is definitely a step up from their predecessors, and the $70 difference between them and the Pros is something to be mindful of. If you don’t care about active noise canceling and/or prefer modeled plastic tips, then the choice is easy. For a fully premium experience, however, well, that’s an easy choice, too.