If you’ve never struggled to click the correct one of three different download buttons on one of those “YouTube to mp4” websites, well, haven’t you led an honorable internet life! But now, YouTube is testing a feature for Premium subscribers that might render those bootleg websites somewhat obsolete.

From now through October 19, Premium users can test a feature that lets them download videos from their browser. This test, which brings an existing mobile feature to the web, is part of an ongoing program that allows Premium users to test out what the platform is working on.

Videos will be downloadable by default for Premium users — uploaders don’t need to opt-in. Subscribers with access to the latest versions of Chrome, Edge or Opera browsers can click a “Download” button while watching a video, or click a 3-dot menu while browsing. Then, users will be able to access their downloaded videos on a downloads feed, which is also accessible via sidebar navigation. 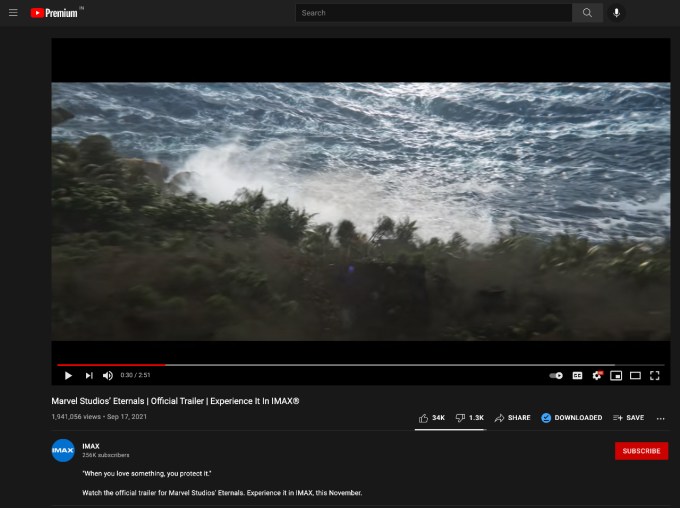 Unlike those third-party sites, YouTube won’t give you a video file to store on your hard drive forever.

Instead, YouTube tells TechCrunch, the viewer gains access to a cached version of the video — it’s like downloading a Netflix show to watch offline while you’re on a plane. Users can view their downloaded videos by navigating to the YouTube website while they’re offline. Then, they will see text showing that they are offline, which will take them to a new page showing the videos they’ve downloaded.

The feature also works on YouTube’s Progressive Web App (PWA). Downloaded YouTube videos will remain available as long as the user’s device connects to the internet at least once every 30 days.

The feature was first spotted by Android Police, which noticed the changes to the YouTube.com/new website. YouTube declined to say if and when it may have more officially communicated the test to its users, but typically, Premium members can browse the available experiments as a perk that comes with a YouTube Premium subscription.