Rocket Lab is one step closer to going to Mars with NASA’s approval of the company’s Photon spacecraft for an upcoming science mission. If all continues according to plan the two craft will launch in 2024 and arrive on the red planet 11 months later to study its magnetosphere.

The mission is known as the Escape and Plasma Acceleration and Dynamics Explorers, or ESCAPADE (hats off to whoever worked that one out), and was proposed for a small satellite science program back in 2019, eventually being chosen as a finalist. UC Berkeley researchers are the main force behind the science part. (You can read much more about the project here.)

These satellites have to be less than 180 kilograms (about 400 pounds) and must perform standalone science missions, part of a new program aiming at more lightweight, shorter lead missions that can be performed with strong commercial industry collaboration. A few concepts have been baking since the original announcement of the program, and ESCAPADE just passed Key Decision Point C, meaning it’s ready to go from concept to reality. 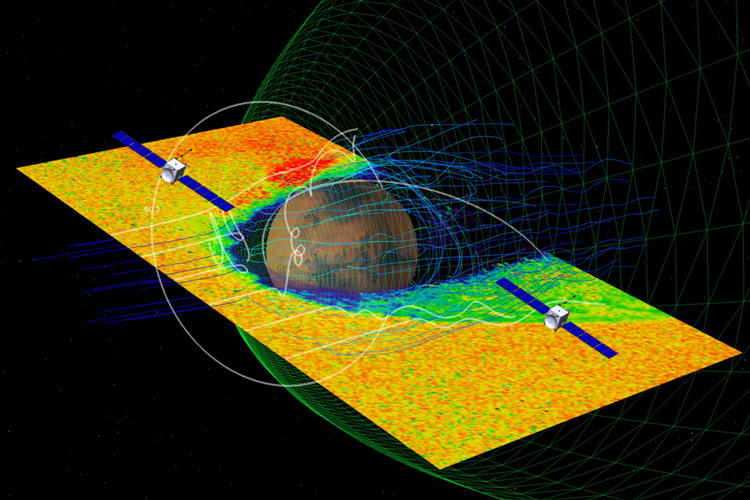 This particular mission is actually a pair of satellites, a perk that no doubt contributed to its successful selection. Rocket Lab’s whole intention with the Photon program is to provide a more or less turnkey design for various space operations, from orbital work to interplanetary science missions like this one.

Interestingly, Rocket Lab won’t actually be launching the mission aboard one of its Electron rockets — the satellites will be aboard a “NASA-provided commercial launch vehicle,” which leaves it up to them. Perhaps by that time the company will be in the running for the contract, but for now Rocket Lab is only building the spacecraft, including most of the nonscientific onboard components: navigation, orientation, propulsion, etc.

“ESCAPADE is an innovative mission that demonstrates that advanced interplanetary science is now within reach for a fraction of traditional costs, and we’re proud to make it possible with Photon. We are delighted to receive the green light from NASA to proceed to flight,” said Rocket Lab founder and CEO Peter Beck in the company’s announcement of the milestone.

Rocket Lab is already under contract to lift a CubeSat to cislunar orbit for Artemis purposes, and has locked in a deal with Varda Space Industries to build that company’s spacecraft, for launch in 2023 and 2024.