The Galaxy Z Flip is probably destined to forever play second fiddle to the Fold. And with its older and larger sibling now ascending to the ranks of “flagship” with a slew of new features like S-Pen functionality, the designation is probably all but inevitable.

But for those seriously considering the world of foldables, there’s something to be said for the clamshell devices. It has always been the more compact and — dare I say — accessible member of the Galaxy Z family. Of course, at $1,380 — well, let’s just say “accessibility” is relative.” At today’s Unpacked event, however, Samsung announced that the Galaxy Z Flip 3 is getting an even larger price drop than the Fold.

At $999.99, again, we’re speaking relatively here. But at the very least, a nearly $400 price drop brings the Flip into the realm of mainstream flagship pricing (the Fold 3, while cheaper than its predecessor, is still $1,799). Add onto that the learnings that come with a third-generation device, and there’s a case to be made that this is Samsung’s (and, probably the industry’s) most mainstream foldable to date. I mean, anything beats the original Razr foldable, right? 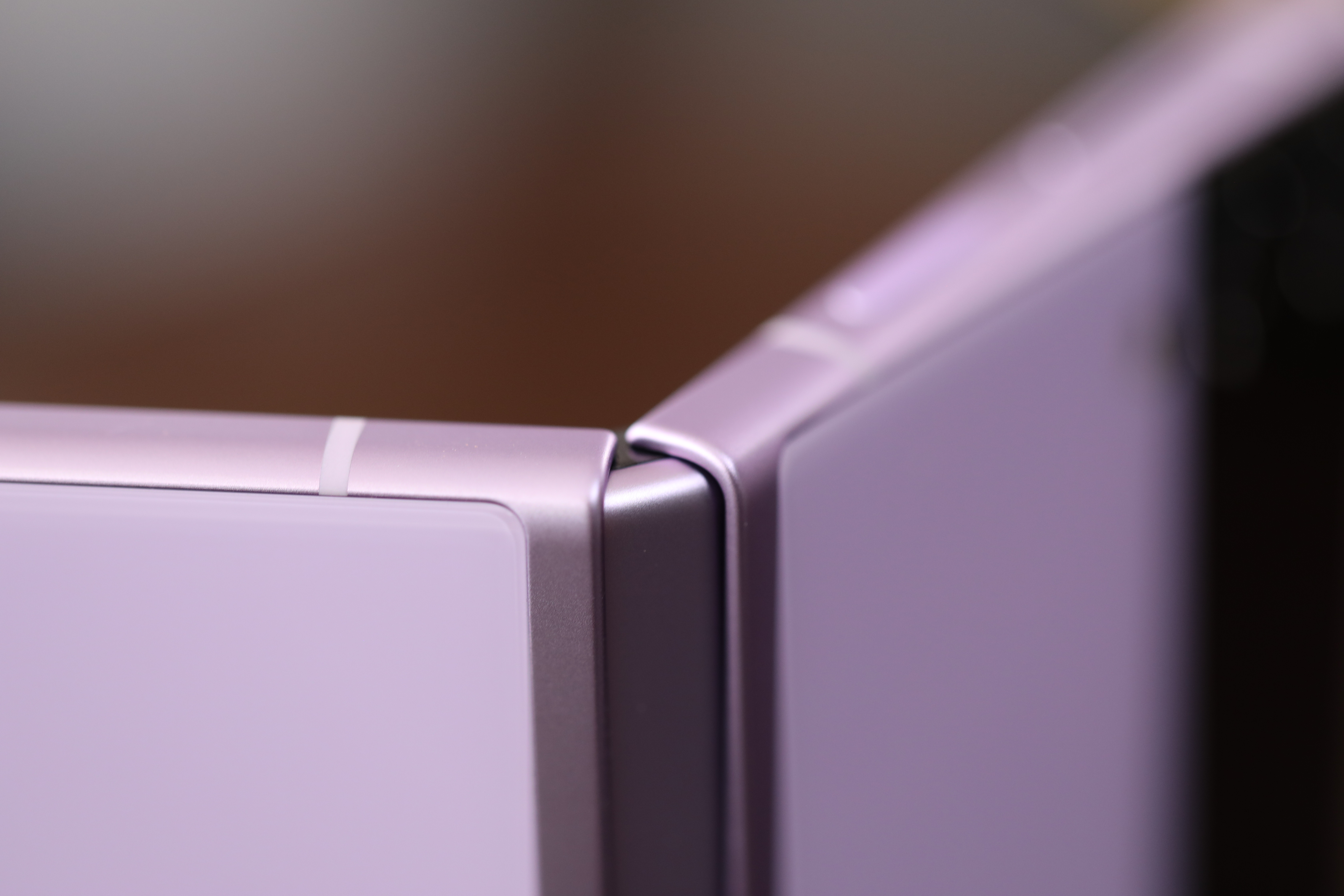 Obviously we’re going to hold out for a review unit until we’re able to say something more definitive on the matter. But while Samsung continues to lead with the Fold, don’t sleep on the alternative. Both devices have (understandably) prioritized durability among their new features. That includes a stronger protective film made of PET plastic, coupled with a reconfiguration of the display panels aimed at reinforcing what has traditionally been the weak link on these products.

Also on board is Samsung’s new proprietary Armor Aluminum for the body, Gorilla Glass Victus for the exterior of the device and IPX8 water resistance. That means the new foldables can withstand significantly more water than their predecessors. The “X” in the rating means it’s not rated against debris, due to the nature of the hinges, but Samsung believes the sweeping mechanism it introduced on previous models can make quick work of particulate matter that could potentially fall behind the screen and damage it in the process of pressing. 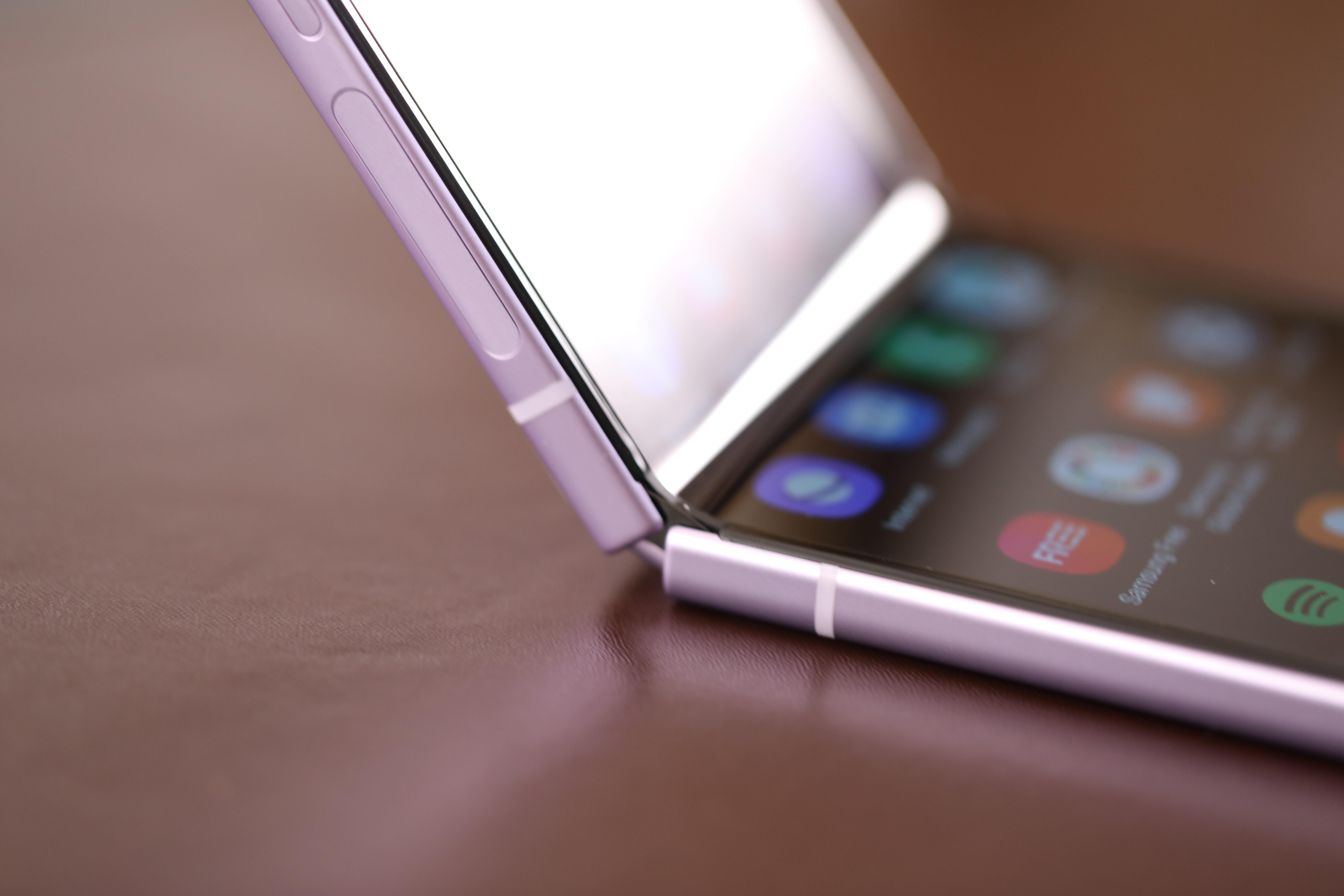 The phone has also gotten a striking redesign. When closed, I’d say it’s a considerably better-looking device than the Fold — not to mention significantly easier to port around in your pocket. The device now comes in Cream, Green, Lavender and Black, coupled with a variety of different grips and straps. If you get it online, you can also choose a Gray, Pink or White version. The internal display is effectively the same as its predecessor at 6.7 inches (2640 x 1080), but the front screen has been further increasing from 1.1 to 1.9 inches — a not insignificant bump when we’re dealing with those sizes.

The cameras remain roughly the same as the Flip 2: 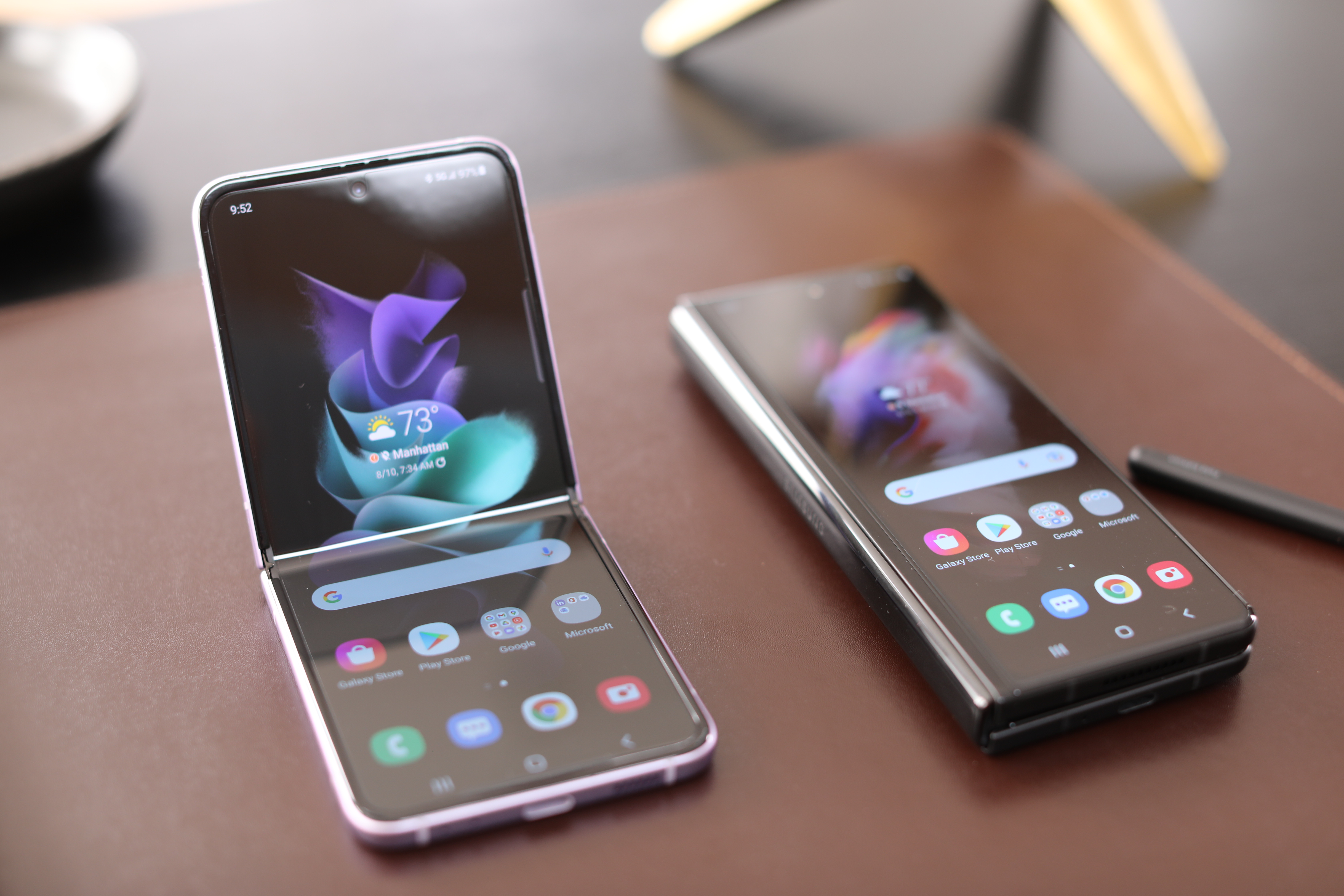 The battery is (understandably) a fair bit smaller than the Fold’s at 3,300mAh, split over two modules (because, folding). It supports fast-wired and wireless charging, as well as Samsung’s Wireless PowerShare for giving some juice back to your other devices. Like the Fold, the new flip is powered by the Snapdragon 888. Here that’s coupled with 8GB of RAM and either 128 or 256GB of storage.

Like the other devices announced today, the Flip is now up for preorder and starts shipping August 26. Preordering will get you a $150 Samsung Credit.