The Swedish ADAS software development company Terranet led the round with €3.2 million (~$3.9 million), followed by a group of Chinese financial and automotive technology investors, organized by investment professional Jingjing Xu, and educational and entertainment game development company Schell Games, which has partnered with holoride in the past to create content.

Holoride will use the fresh funds to search for new developers and other talent both as it prepares to expand into global markets like Europe, the United States and Asia, and in advance of its summer 2022 launch for private passenger cars.

“This goes hand-in-hand with putting more emphasis on the content creator community, and as of summer this year, releasing a lot of tools to help them build content for cars on our platform,” Nils Wollny, holoride’s CEO and founder, told TechCrunch.

The Munich-based company launched at CES in 2019. TechCrunch got to test out its in-car virtual reality system. Our team was surprised, and delighted, to find that holoride had figured out how to quell the motion sickness caused both by being a passenger in a vehicle, and by using a VR headset. The key? Matching the experience users have within the headset to the movement of the vehicle. Once holoride launches, users will be able to download the holoride app to their phones or other personal devices like VR headsets, which will connect wirelessly to the car itself, and extend their reality.

“Our technology has two sides,” said Wollny. “One is the localization, or positioning software, that takes data points from the car and performs real-time synchronization. The other part is what we call our Elastic Software Development Kit. Content creators can build elastic content, which adapts to your travel time and routes. The collaboration with Terranet means their sensors and software stack that allow for a more precise capture and interpretation of the environment at an even faster speed with higher accuracy will enable us in the future for even more possibilities.”

Terranet’s VoxelFlow™ software, which was originally designed for ADAS applications, will help holoride advance its real-time, in-vehicle XR entertainment. Terranet’s CEO Par-Olof Johannesson, describes VoxelFlow™ as a new paradigm within computer vision and object identification, wherein a combination of sensors, event cameras and a laser scanner are integrated into a car’s windshield and headlamps in order to calculate the distance, direction and speed of an object. 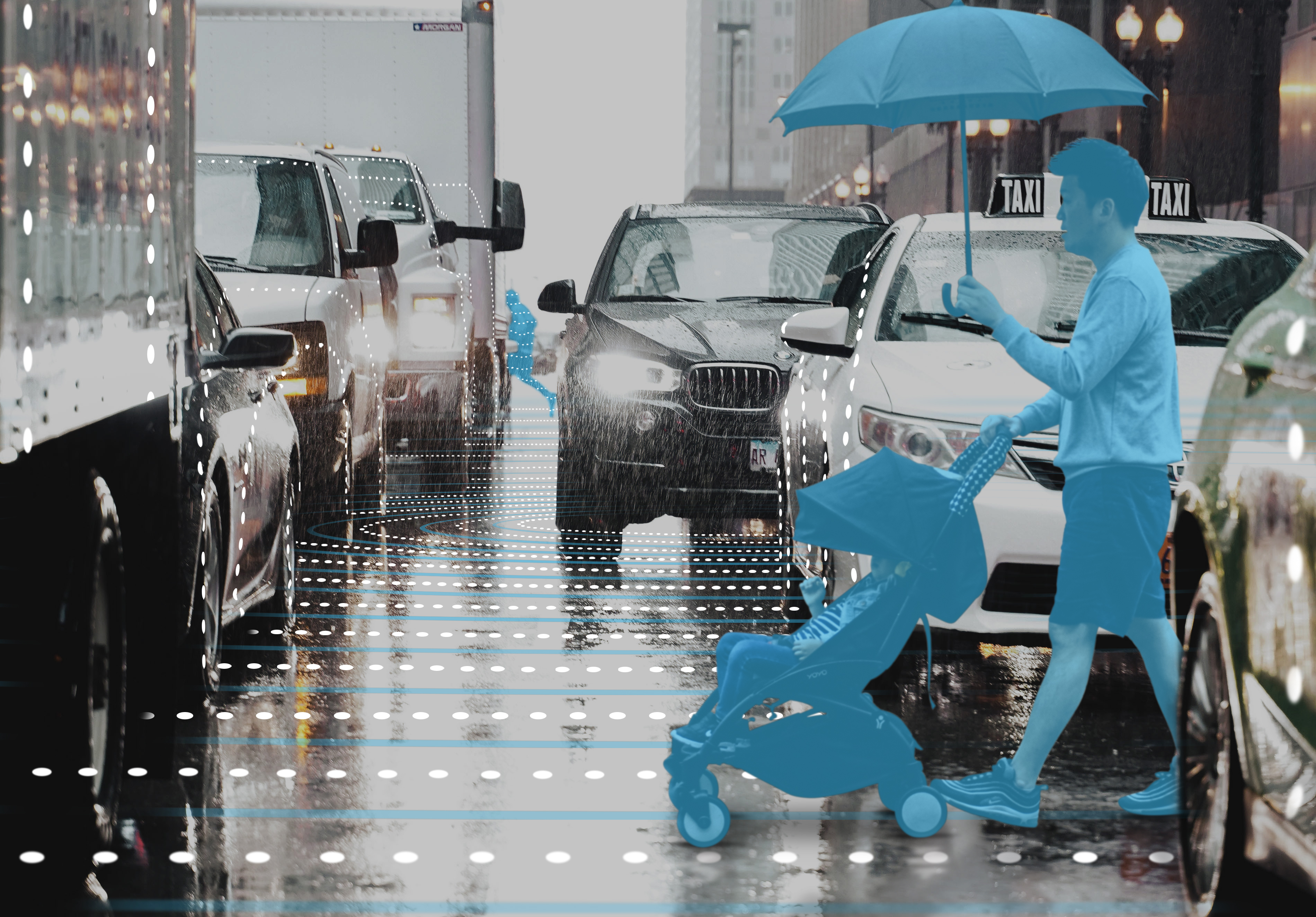 Terranet’s VoxelFlow™ uses computer vision and object identification via a combination of sensors, event cameras and a laser scanner, which are integrated into a car’s windshield and headlamps, in order to calculate the distance, direction and speed of an object. Image Credits: Terranet

Holoride, which is manufacturer-agnostic, will be able to use the data points calculated by VoxelFlow™ in real time if holoride were being used in a vehicle that was built integrated with Terranet’s software. But more important is the ability for holoride to reuse 3D event data for XR applications, giving it to creators so they can create the most interactive experience. Terranet is also looking forward to opening up a new vertical for VoxelFlow™.

“We are of course very eager to access holoride’s wide pipeline, as well,” said Johannesson. “This deal is very much about expanding the addressable market and tapping into the heart of the automotive industry, where lead times and turnaround times are usually pretty long.”

Holoride is on a mission to revolutionize the passenger experience by turning dead car time into interactive experiences that can run the gamut of gaming, education, productivity, mindfulness and more. For example, around Halloween 2019, holoride teamed up with Ford and Universal Pictures to immerse riders into the frightening world of the Bride of Frankenstein, replete with monsters jumping out and tasks for riders to perform.

Wollny said holoride always has an eye toward the next step, even though its first product hasn’t gone to market yet. He understands that the future is in autonomous vehicles, and wants to build an essential element of the future tech stack of future cars, cars in which everyone is a passenger.

“Car manufacturers always focus on the buyer of the car or the driver, but not so much on the passenger,” said Wollny. “The passenger is who holoride really focuses on. We want to turn every vehicle into a moving theme park.”