OFLO is a voice communication system designed to replace traditional walkie talkies. Its hardware is more compact and lightweight, with a bone conduction headset, and capable of covering unlimited distances and multiple channels. Created by Origami Labs, OFLO is also connected to software that features auto logging and productivity tools for teams that don’t have access to screens while they are working.

OFLO was created for the millions of frontline workers in healthcare, hospitality, security, manufacturing and other sectors who can’t sit in front of a computer or look down at mobile screens frequently. The walkie talkies many of them currently use cover only limited distances and have a single channel that is shared by multiple workers. OFLO’s advantages include letting users call specific co-workers and it is also cross-platform, so someone talking on a smartphone can call a person on the OFLO walkie talkie. Its software includes features like live chats, transcriptions, task management and GPS location. 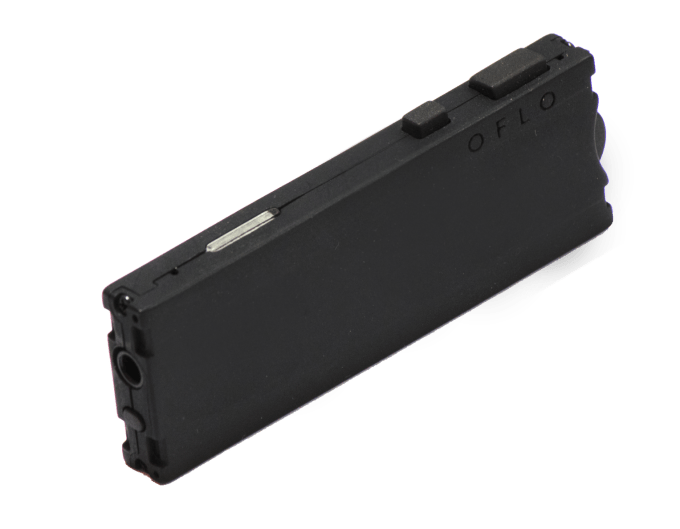 OFLO is available on a subscription plan for $6 per user a month. Co-founder and chief executive officer Kevin Johan Wong said its monthly recurring revenue is currently increasing 20% a month, with a target of $100,000 a month by the third quarter of 2021.

The system builds on Origami Labs’ other tech, including Orii, a voice-powered ring. Wong told TechCrunch the company sees OFLO as “almost a screenless smartphone alternative.” One of the reasons Wong became interested in working on voice technology is because his father, Peter Wong, is a visually impaired programmer who helped develop Microsoft’s accessibility tools.

“Our company’s mantra is to try to create devices that are equalizing, that allow people to interact with computers screenless-ly,” said the younger Wong.