At the Chrome Dev Summit, Google’s Chrome team today announced a number of new capabilities for developers, updated rules for extension developers, as well as new steps to improve the overall performance of the browser.

In addition, the Chrome team also announced a major change for extension developers: sometime in 2021, users will get more granular control over which sites an extension can access and starting in January, every extension will feature a “Privacy practices” section on the Chrome Web Store that details what kind of data the extension collects. 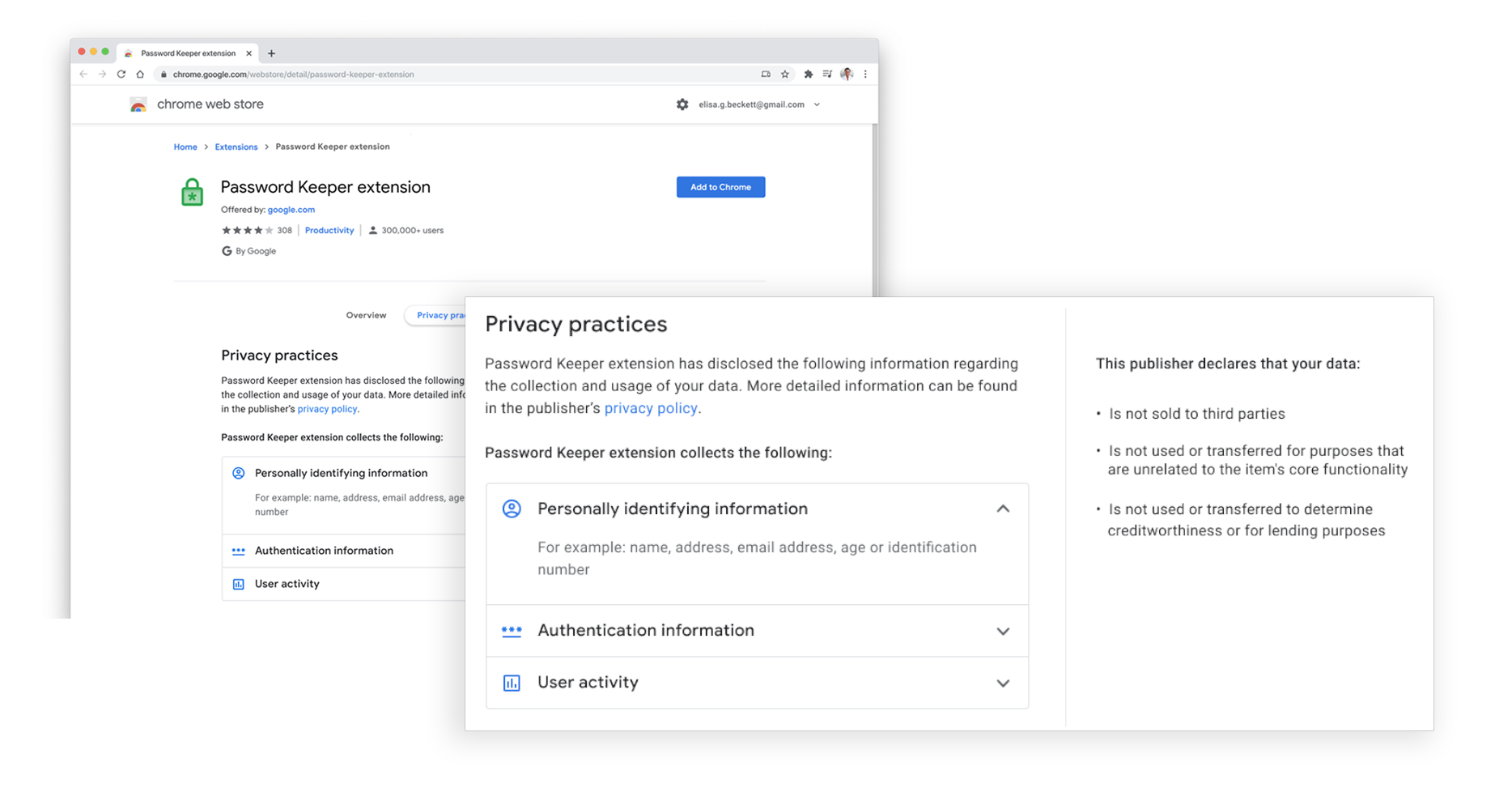 The Chrome team also today announced that it will launch Manifest V3 in mid-January, when Chrome 88 hits the stable channel. That’s something a lot of extension developers — especially those working on ad blockers — have been dreading. Manifest V3 introduces new limits for extension developers that are meant to prevent them from accessing too much data from their users, but it also puts relatively severe limits on how extensions can interact with a web page. Google now says it has made some changes to V3 based on the feedback it has received, but this is probably not the last we’ve heard of this.

Overall, however, if you’re a user, the most welcome news from today’s event may be that, after working to reduce the overall memory footprint of the browser with a couple of updates earlier this year, the team is now tackling the V8 JavaScript engine and reducing its memory footprint as well. In addition, the team found some new ways to speed up V8 and eliminate any parsing pauses by loading a site’s JavaScript files in parallel to make sure they can be used the moment a page wants to execute them.

The team also continues to work on new ways to speed up the browsing experience, too. The team is doing this by actually changing the way it compiles Chrome, something it first talked about this summer, when these changes arrived in the Chrome beta channel.

“Based on looking at the usage patterns of Chrome, we asked ourselves — with insights of how users are actually using Chrome — are there things we could do in how we compile chrome itself that would make it more efficient? And we found that the answer is yes,” Google’s Ben Galbraith told me. “[…] We call it profile-guided optimization and in [certain] scenarios, we found up to 10% faster page loads due to these task-specific compiler optimizations.” Most of the scenarios are in the 2-5% range, but given how mature most browser engines are now, even that’s a significant difference.

The team also recently worked on improving tab throttling and how it allocates resources to foreground and background tasks. Galbraith noted that the plan is to do more work along these lines moving forward.

Developers, too, will get some new tools to improve the performance of their web apps as part of Google’s Web Vital initiative, which aims to provide developers with the right performance metrics to help them understand how users experience their web apps. Google Search will use some of these core metrics in its rankings, starting in May 2021. Google already highlights this data in the Chrome Experience Report, in its Search Console and elsewhere, but today it is also launching an open-source Web Vitals Report tool to help developers create custom visualization based on the Web Vitals data they’ve sent to Google Analytics. Google Analytics doesn’t currently surface this data in the context of Web Vitals, so developers can now run these reports using Google’s own hosted tool or fork the code and run them on their own infrastructure.

“When you look at the different metrics, we’re focused on the things that we understand the most: loading metrics, visual stability and the like, and interaction — so when you click on something, something actually happens. The mission for these metrics is to be able to really understand the quality of the experience that you’ve got,” Google’s Dion Almaer explained.

And there is more. On the privacy front, Google continues to iterate on its Privacy Sandbox model. It’s adding two new experiments here with the Click Conversion Measurement API to measure ad conversions without using cross-site identifiers and the new Trust Token APIs that allow a site to issue a cryptographic token to a user it trusts. The idea behind this token is that the browser can then use this token in another context as well to evaluate that a user is who they say they are — and not a bot or an impostor with malicious intent.

In addition, there are also new features for developers who want to write PWAs, updates to how developers can accept payments in Chrome and more.