This year has shaken up venture capital, turning a hot early start to 2020 into a glacial period permeated with fear during the early days of COVID-19. That ice quickly melted as venture capitalists discovered that demand for software and other services that startups provide was accelerating, pushing many young tech companies back into growth mode, and investors back into the check-writing arena.

Boston has been an exemplar of the trend, with early pandemic caution dissolving into rapid-fire dealmaking as summer rolled into fall. 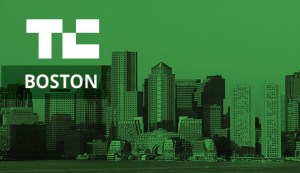 For our October look at Boston and its startup scene, let’s get into the data and then understand how a new cohort of founders is cropping up among the city’s educational network.

Boston’s third quarter was strong, effectively matching the capital raised in New York City during the three-month period. As we head into the fourth quarter, it appears that the silver medal in American startup ecosystems is up for grabs based on what happens in Q4.

Boston could start 2021 as the number-two place to raise venture capital in the country. Or New York City could pip it at the finish line. Let’s check the numbers.

According to PitchBook data shared with TechCrunch, the metro Boston area raised $4.34 billion in venture capital during the third quarter. New York City and its metro area managed $4.45 billion during the same time period, an effective tie. Los Angeles and its own metro area managed just $3.90 billion.