The original Go was a mostly well-received addition to the Surface line when it arrived in late 2018. It was a nice, pint-sized alternatively, positioned fairly well to serve as a secondary device for some. It did the convertible double duty and traveled well, but otherwise was lacking in guts and versatility.

Launching at the height of a global pandemic, the Go 2 isn’t exactly the device of the moment. After all, the line has made a number of key sacrifices in the name of portability. It’s the kind of product whose shortcomings you’re willing to forgive for the ability to have it with you anywhere you need to be. Typing on it atop my home desk, on the other hand, only brings those shortcomings into sharp focus.

That’s not Microsoft’s fault, of course, and this too shall pass, as we keep telling ourselves. Between the device’s design and low starting price of $399, the new Go is still best contextualized as a second travel device, in spite of a larger screen and improved specs. Nothing wrong with that, of course. It’s just worth noting before we get too far in that I can’t recommend the product as a primary device for most users. 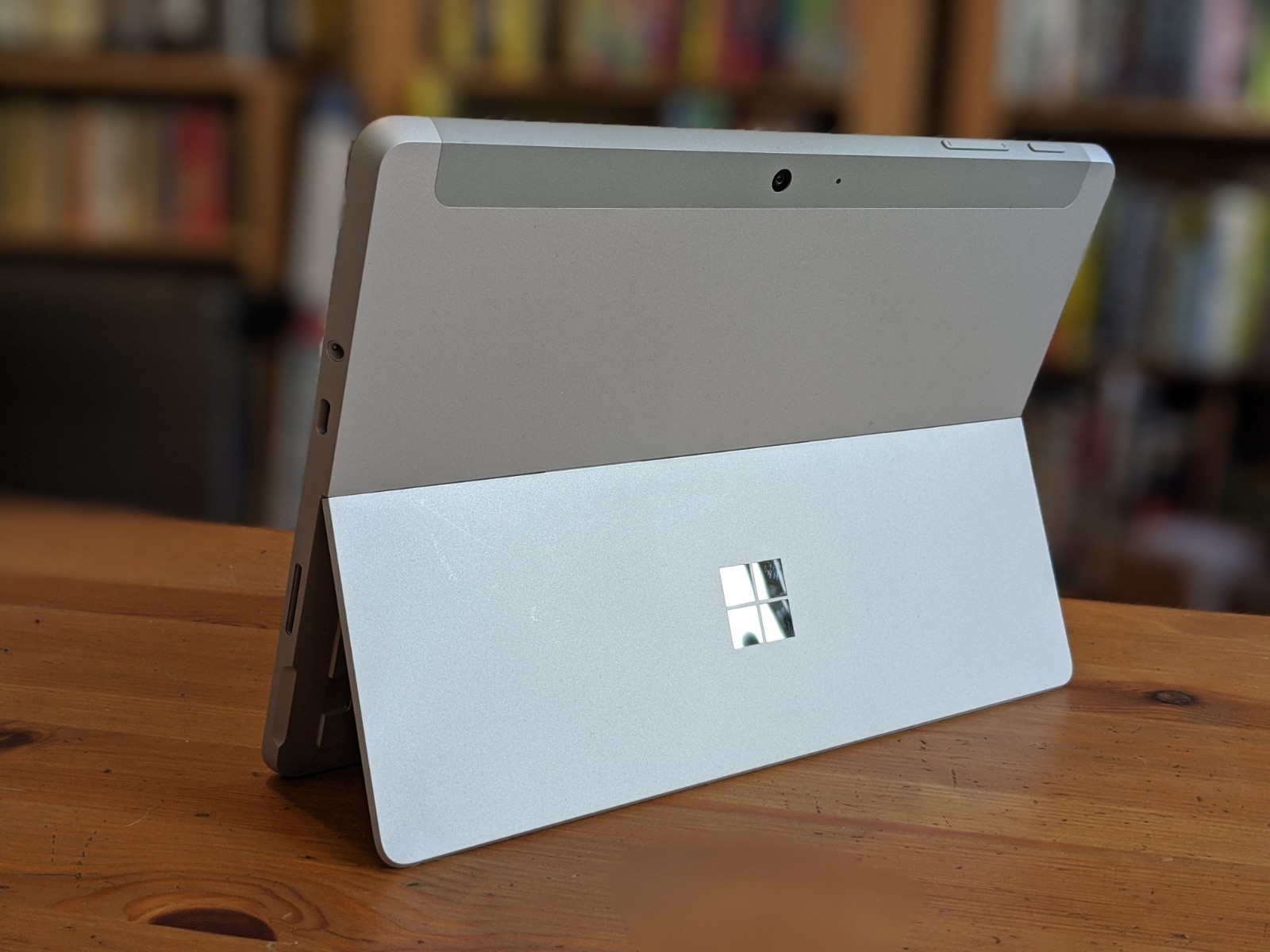 It’s also worth noting what you actually get if you buy the $399 model. For starters, there’s no keyboard. And the keyboard is really the thing here. After all, that sort of convertibility is a huge part of the motivation for buying a Surface in the first place. Along with the full Windows 10 experience, you’ll want the sort of productivity that requires a keyboard. That will run you $99-$129.

A harder pill to swallow is the processor upgrade. Similar to the MacBook Air I just reviewed, the real top-line component refresh mentioned in the press material requires a not inconsequential premium. Microsoft heavily advertised the addition of the eighth-gen Intel core line, which was heralded as helping transform the Go into a proper laptop. The base level, however sports the Intel Pentium 4425Y, chip, far more in line with the original’s 4415Y — one of the bigger issues reviewers had with the first Go.

Models with the Intel Core M3 start at $630 (that price will also get the RAM and storage bumped from 4GB/64GB to 8GB/128GB). LTE is an option now, as well, but that model runs $730. You can see how things start to add up pretty quickly here. The LTE is certainly not a mandatory update for a majority of users, but I’d strongly recommend going with the M3 if you’re looking for anything but the most basic functionality here.

As configured, the system scored 739 and 1540 on the single and dual-core Geekbench 4 tests, marking a sizable performance bump over the previous generation. It’s a welcome change that will make notable difference in daily use — even if it’s one you have to pay extra for. With the upgrade in place, the Go starts to make a stronger case to become a daily driver for some users. 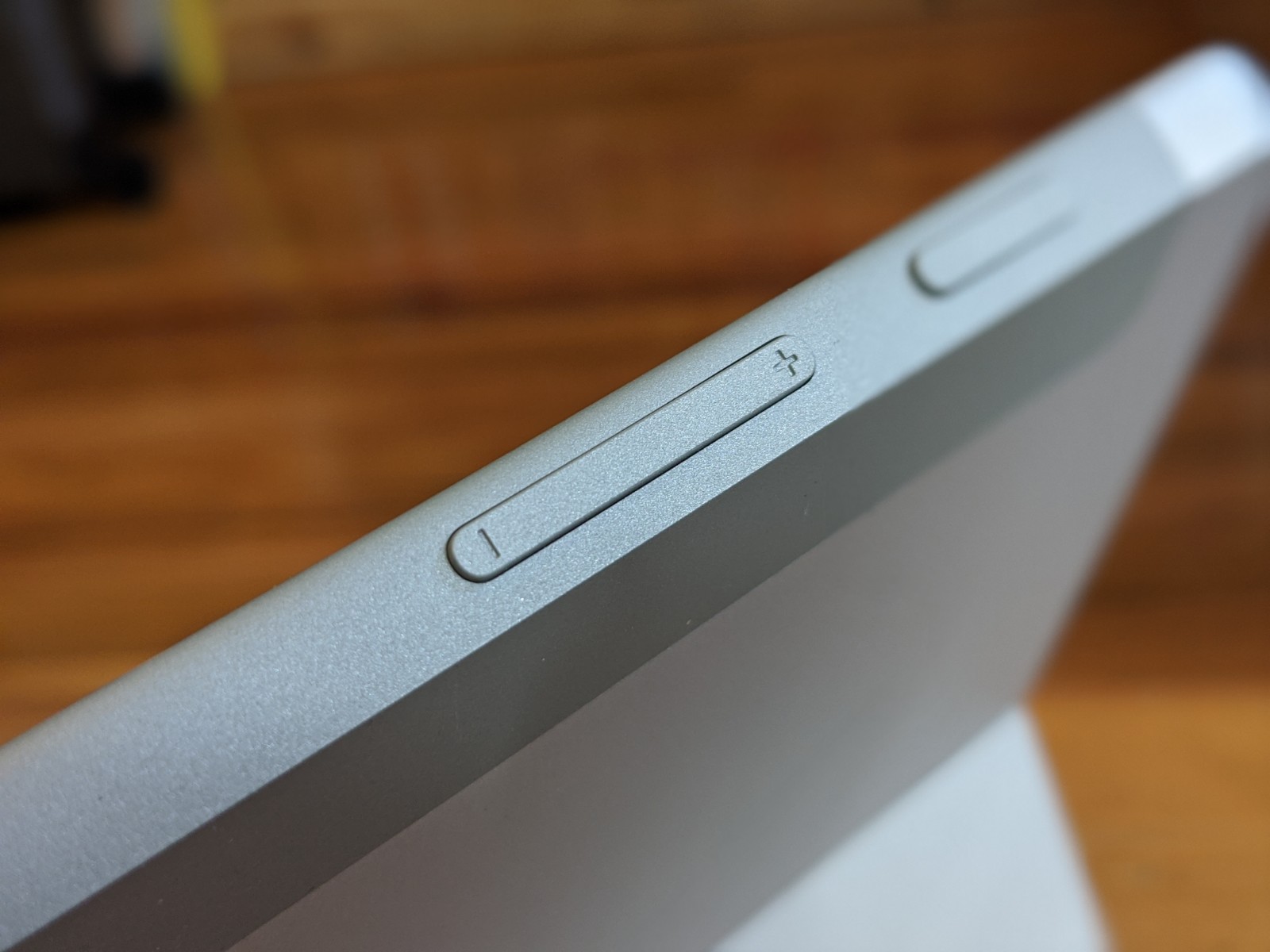 Expanding the screen from 10 inches to 10.5 is also welcome. At that compact size, even half an inch goes a long way. The nicest part is that Microsoft managed to so while maintaining a similar footprint as the original version. After all, make the device much larger and you’ll start to lose its core appeal.

The Go maintains the line’s signature rear-of-device kickstand, rather than relying on the keyboard case. This makes sense for those who want to use the tablet without the keyboard. Positioning the stand on the device itself means you can prop it up to, say, watch a movie without relying on an accessory. 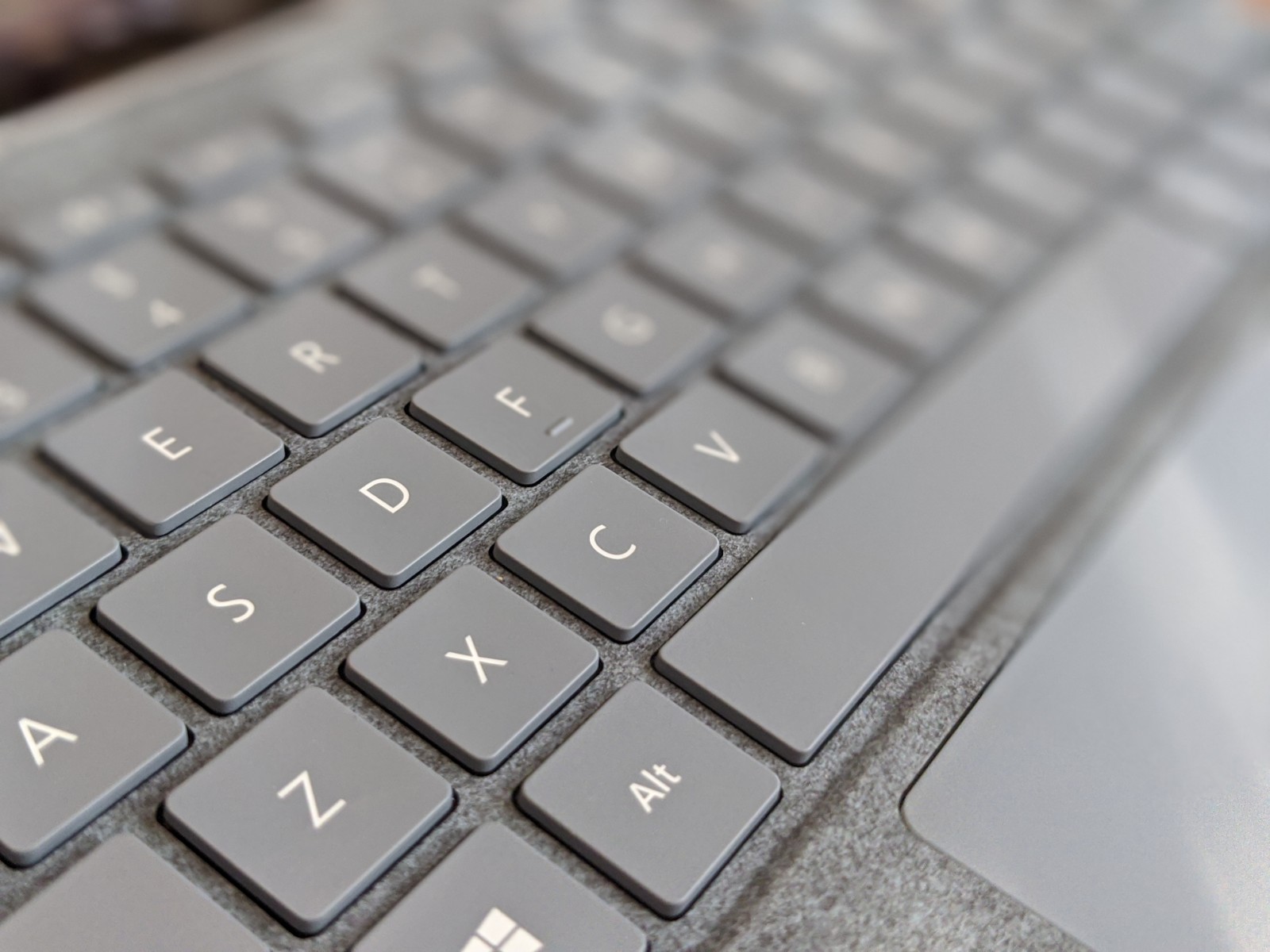 My longstanding complaint about the setup stands, however. Attempting to use the laptop on, say, your lap, is just too awkward. The keyboard flops around and the tablet never stays up tight. You’ll spend half your time attempting to position it correctly. The typing experience itself isn’t bad. The Surface is pretty decent as far as tablet keyboard cases go — which is to say it’s not going to replace a dedicated laptop, but it works just fine. It’s a bit narrow and soft, but nothing you won’t get used to after a bit.

The port situation still leaves something to be desired. There’s one USB-C, a headphone jack and the proprietary Surface Connect port. It was time to retire the latter a few generations ago. I recognize the desire for backward compatibility, but it’s time add a second USB-C dock in its place. Meantime, you might want to consider investing $259 in that new Surface Dock 2. 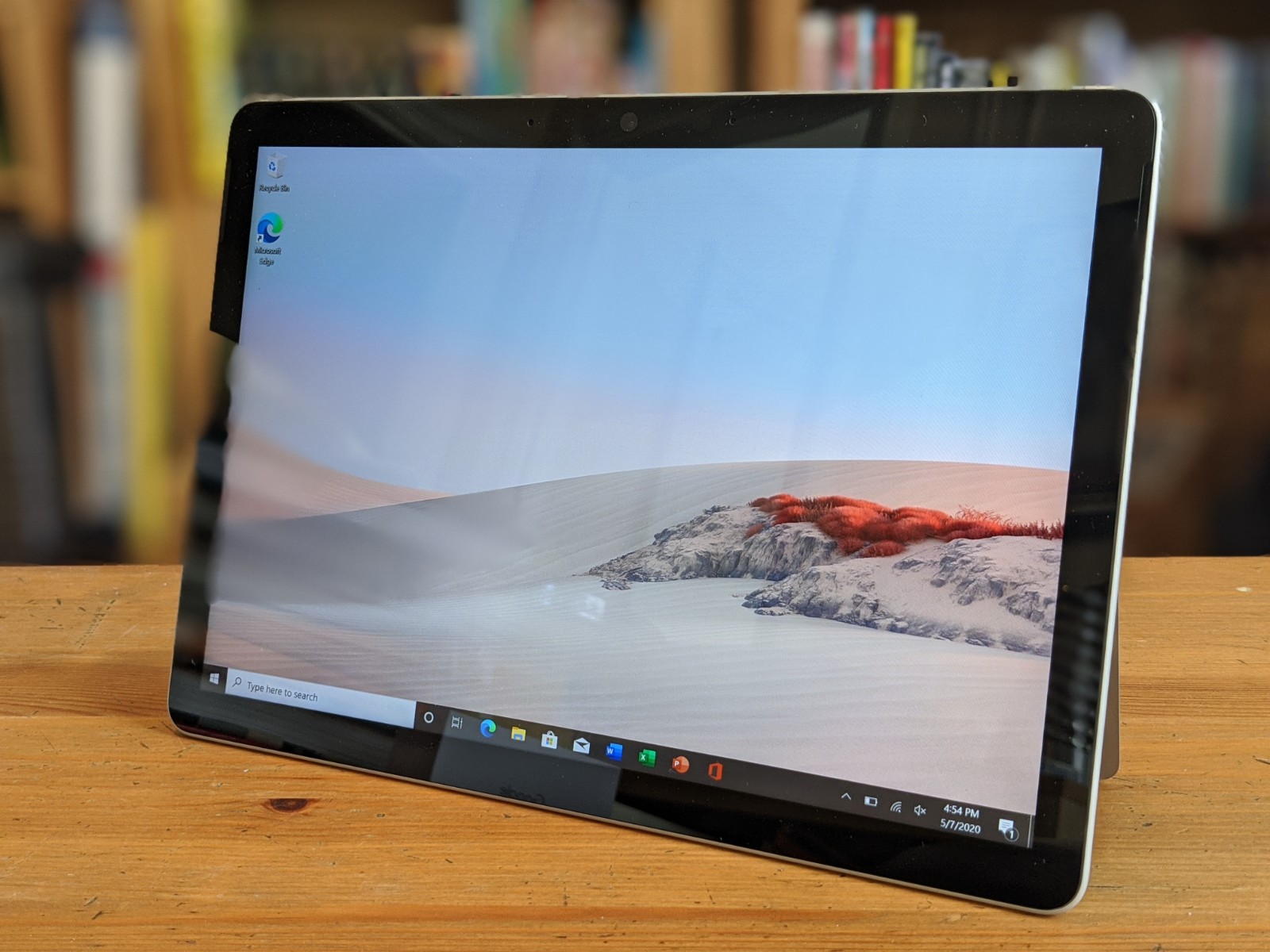 The accessories and the upgrades add up pretty quickly. If you go in for the Core M3 Wi-Fi model, buy a keyboard case and the dock; that will set you back $1,017. It’s a far cry from the $399. At that point, it’s probably worth looking around at what the competition offers at that price point. If you don’t mind sacrificing a bit of functionality in order to save a few bucks, however, the Go continues to be a decent choice for those seeking a secondary Windows convertible.