Looks like there’s still money to be made in news aggregation — at least according to the investors backing the news app SmartNews.

The company is announcing the close of a $92 million round of funding at a valuation of $1.2 billion. The funding was led by Japan Post Capital Co. and ACA Investments, with participation from Globis Capital Partners Co., Dentsu and D.A. Consortium.

This includes the $28 million that SmartNews announced in August, and it brings the startup’s total funding to $182 million.

News aggregation apps seemed to everywhere a few years ago, and while they haven’t exactly disappeared, they didn’t turn into unicorns, with many of them acquired or shut down.

However, Vice President of U.S. Marketing Fabien-Pierre Nicolas told me that SmartNews has a few unique advantages. For one thing, it uses machine learning rather than human curation to “thoughtfully generate a news discovery experience” that’s personalized to each user. 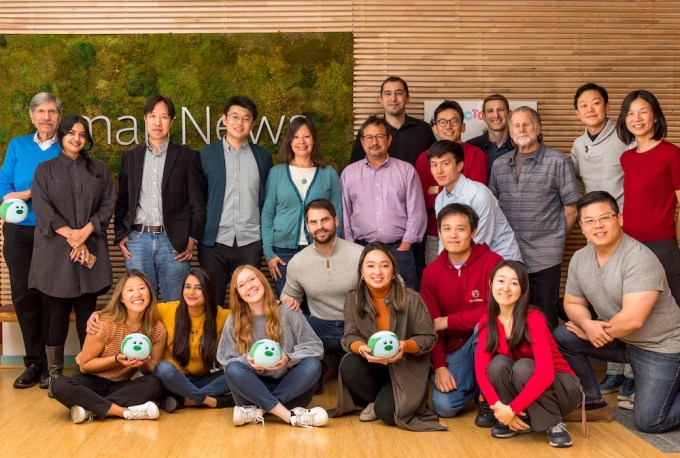 Secondly, he said that many news aggregators treat the publishers creating the content that they rely on “like a commodity,” whereas SmartNews treats them as “true partners.” For example, it’s working with select publishers like Business Insider, Bloomberg, BuzzFeed and Reuters on a program called SmartView First, where articles are presented in a custom format that gives publishers more revenue opportunities and better analytics.

Lastly, he said SmartNews has focused on only two key markets — Japan (where the company started) and the United States. And it sounds like one of the main goals with the new funding is to continue growing in the United States.

Nicolas also suggested that there are some broader trends that SmartNews is taking advantage of, like the fact that the shift to mobile news consumption is still underway, particularly for older readers.

And then there’s “the loss of trust in some news sources — political news, especially,” which makes SmartNews’ curated approach seem more valuable. (It also recently launched a News From All Sides feature to show coverage from different political perspectives.)

As for monetization, he said SmartNews remains focused on advertising.

Yes, there’s a growing interest in subscriptions and paywalls, which is also reflected in subscription news aggregators like Apple’s News+, but Nicolas said, “Eighty-five to ninety percent of Americans are not subscribing to news media. We believe those 85 to 90 percent have a right to have quality information as well.”

Update: Also worth noting is that SensorTower says SmartNews has been downloaded 45 million times since the beginning of 2014, with 11 million of those downloads in 2019.