Mozilla today announced that its Enhanced Tracking Protection feature for Firefox, which launched in July (and became the default in September), has now blocked a total of more than 450 billion third-party tracking requests from the thousands of companies that try to track you as you browse the web. That’s a big number, but with today’s launch of Firefox 70, Mozilla is also giving you a personalized dashboard that tells you how often Firefox blocked third-party cookies, social media trackers, fingerprinting tools and cryptominers.

Privacy protection is on by default, in the “standard” setting, so you don’t have to do anything special to protect yourself. If you want to tinker with the settings, though, and don’t mind if the occasional site breaks, you also can opt for a stricter default and custom settings. 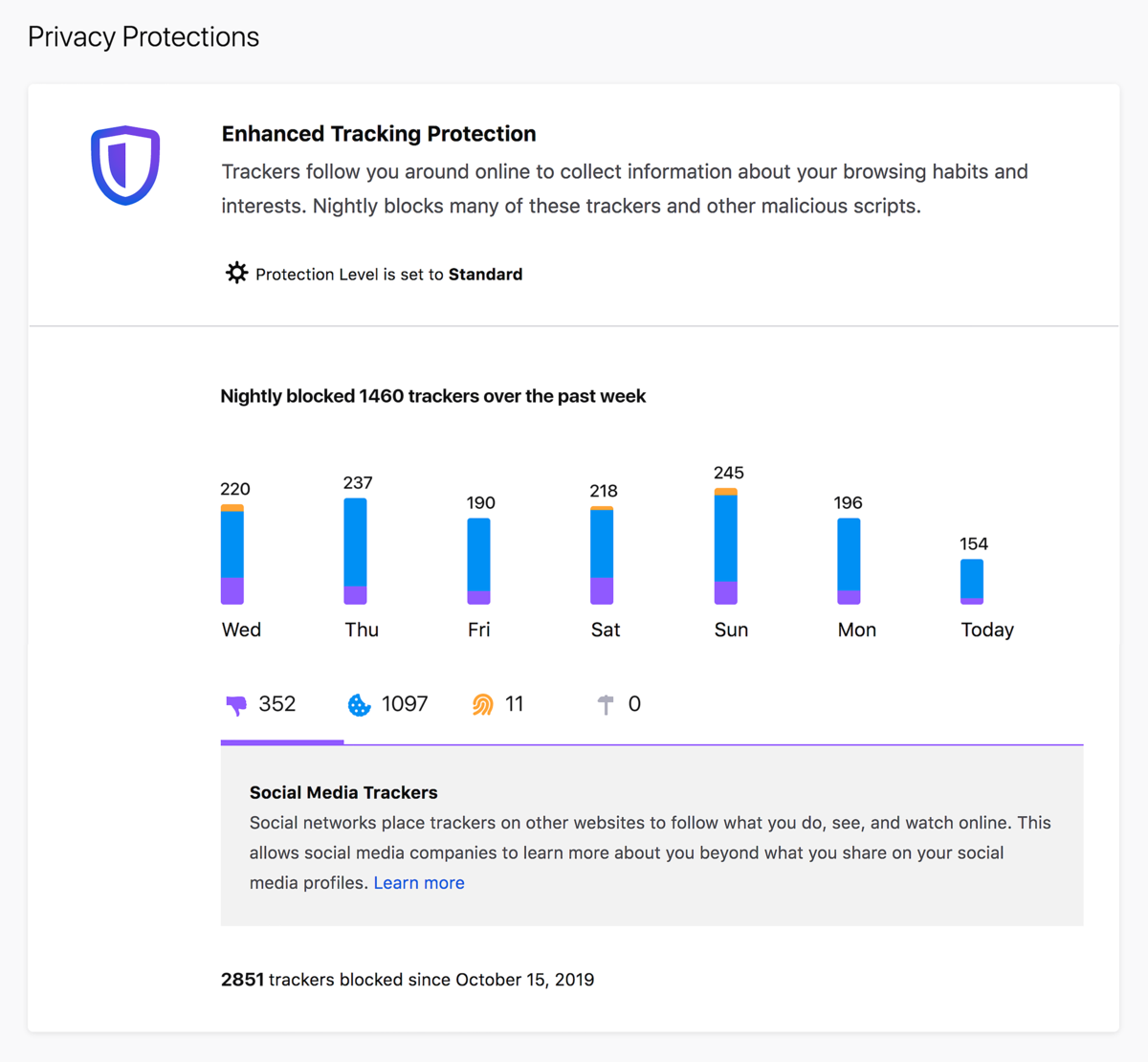 The report isn’t exactly front and center in the user experience (though Mozilla tells me it points new users to it in its onboarding workflow). To find it, you have to click on the shield icon in the URL bar. That’s where you find all the info about the current site you’re on, as well as a link to your privacy report. 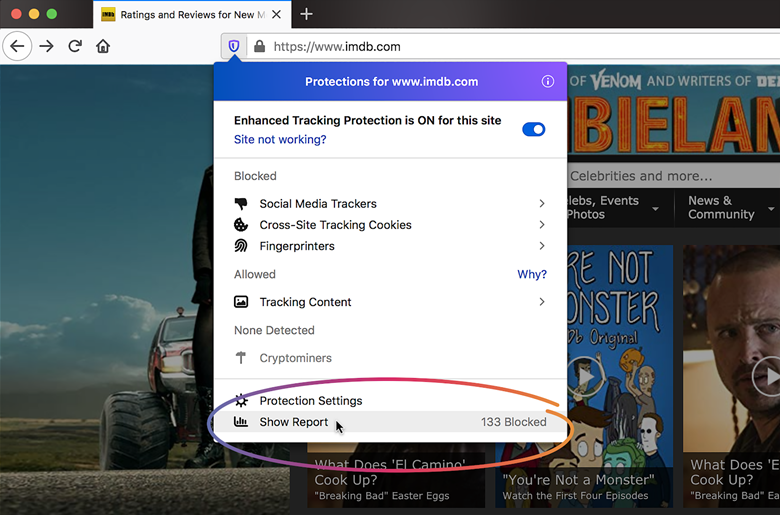 The report page also features links to Mozilla’s Firefox Monitor, which can alert you when one of your email accounts appears in a breach, and Lockwise, its password management and syncing service. With today’s update, Lockwise is also getting a password generator and an integration with Firefox Monitor.

Mozilla clearly knows that privacy, at least for the time being, is what differentiates its browser from the competition, especially Chrome. While Google’s Chrome team has to figure out ways to protect its users while working inside a company that makes most of its revenue from online advertising, Mozilla doesn’t need to worry about this at all. So while the Chrome team is trying to figure out how to make major changes to the underlying tracking infrastructure while preserving Google’s revenue stream, Firefox and its brethren can opt for pretty strict default settings. It still remains to be seen whether the majority of users actually cares about tracking, but for now, this gives Firefox a clear advantage in this area.