In the wake of TechCrunch’s investigation, Apple blocked Facebook’s Research VPN app before the social network could voluntarily shut it down.

The Research app asked users for root network access to all data passing through their phone in exchange for $20 per month. Apple says that yesterday evening, it revoked the Enterprise Certificate that allows Facebook to distribute the Research app without going through the App Store.

2. Foxconn pulls back on its $10 billion factory commitment

In 2017, Foxconn announced the largest investment of a foreign company in the United States when it selected Mount Pleasant, Wisconsin for a new manufacturing facility. In an interview with Reuters, a special assistant to Foxconn’s CEO says that those plans are being scaled back.

The short-form video app hailing from Beijing’s ByteDance just had its biggest month ever with the addition of 75 million new users in December — a 275 percent increase from the 20 million it added in December 2017, according a recent report from Sensor Tower. 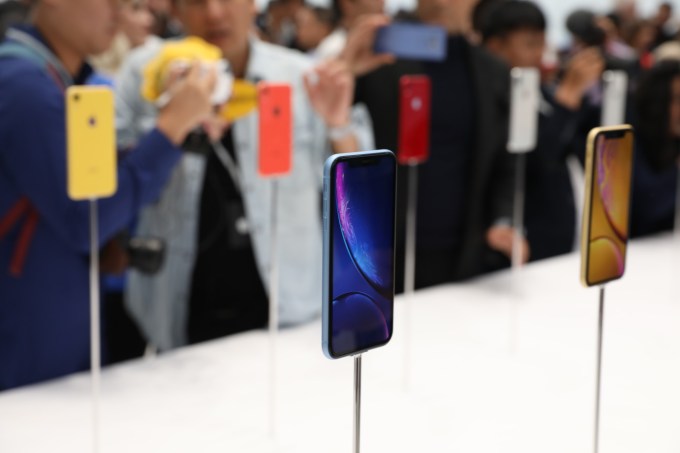 It’s not surprising that Apple has a massive active install base of iPhones across the globe, but we now finally have an exact number to put behind it.

Just 36 hours after Curve, the London fintech that lets you consolidate all of your bank cards into a single Curve card, re-instated support for Amex, the feature has once again been unceremoniously blocked by American Express.

AT&T has added 134,000 postpaid phone subscribers over the quarter (analysts had expected more). Revenue is up 15.2 percent year over year, but that’s mostly due to AT&T’s acquisition of Time Warner.

Beginning this week, one-ticket-a-month plans start at $4 per month — down two bucks from before. The price also includes a new rollover feature, letting subscribers carry over one unused ticket per month.