In 2017, Foxconn announced the largest investment of a foreign company in the United States when it selected Mount Pleasant, Wisconsin for a new manufacturing facility. Buttressed by huge economic development grants from Wisconsin, an endorsement from President Trump, and Foxconn CEO Terry Gou’s vision of a maker America, the plant was designed to turn a small town and its environs into the futuristic “Wisconn Valley.”

Now, those dreams are coming apart faster than you can say “Made in America.”

In an interview with Reuters, a special assistant to Gou says that those plans are being remarkably scaled back. Originally designed to be an advanced LCD factory, the new Foxconn facility will instead be a much more modest (but still needed!) research center for engineers.

It’s a huge loss for Wisconsin, but the greater shock may be just how obvious all of this was. I wrote about the boondoggle just a few weeks ago, as had Bruce Murphy at The Verge a few weeks before that. Sruthi Pinnamaneni produced an excellent podcast on Reply All about how much the economic development of Mount Pleasant tore the small town asunder.

The story in short: the economics of the factory never made sense, and economics was always going to win over the hopes and dreams of politicians like Wisconsin governor Scott Walker, who championed the deal. Despite bells and whistles, televisions are a commodity product (unlike, say, airfoils), and thus the cost structure is much more compatible with efficient Asian supply chains than with American expensive labor.

Yet, that wasn’t the only part of the project that never made any sense. Foxconn was building in what was essentially the middle of nowhere, without the sort of dense ecosystem of suppliers and sub-suppliers required for making a major factory hum. (Plus, as a native of Minnesota, I can also attest that Wisconsin is a pile of garbage).

Those suppliers are everything for manufacturers. Just this past weekend, Jack Nicas at the New York Times observed that Apple’s advanced manufacturing facility in Austin, Texas struggled to find the right parts it needed to assemble its top-of-the-line computer, the Mac Pro:

But when Apple began making the $3,000 computer in Austin, Tex., it struggled to find enough screws, according to three people who worked on the project and spoke on the condition of anonymity because of confidentiality agreements.

In China, Apple relied on factories that can produce vast quantities of custom screws on short notice. In Texas, where they say everything is bigger, it turned out the screw suppliers were not.

There are of course huge manufacturing ecosystems in the United States — everything from cars in Detroit, to planes in Washington, to advanced medical devices in several major bio-hubs. But consumer electronics is one that has for the most part been lost to Singapore, Taiwan, Korea, and of course, China.

Geopolitically, Foxconn’s factory made a modicum of sense. With the increasing protectionism emanating from Western capitals, Foxconn could have used some geographical diversity in the event of a tariff fight. The company is Taiwanese, but manufacturers many of its products on the mainland.

And of course, a research center is still an enormous gain for a region of Wisconsin that could absolutely use high-income, professional jobs. Maybe the process of rolling out a next-generation manufacturing ecosystem will take more time than originally anticipated, but nothing is stopping further expansion in the future.

Yet, one can’t help but gaze at the remarkable naïveté of Wisconsin politicians who offered billions only to find that even massive subsidies aren’t enough. It’s a competitive world out there, and the United States has little experience in these fights. 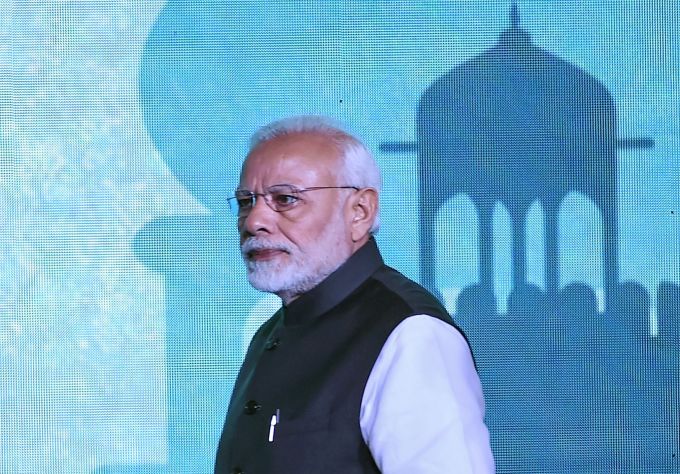 One of the major battles for tech supremacy is over the future of the Indian IT market, which is rapidly bringing more than a billion people onto the internet and giving them robust software services. I’ve talked a bit about data sovereignty, which mandates that Indian data be stored in Indian data centers by Indian companies, pushing out foreign companies like Amazon, Google, and Alibaba.

Now, it looks like India is taking a page from the Asian tiger-school of development, and is going to increasingly favor domestic firms over foreign ones in key industries. Newley Purnell and Rajesh Roy report in the WSJ:

The secretary of India’s Telecommunications Department, Aruna Sundararajan, last week told a gathering of Indian startups in a closed-door meeting in the tech hub of Bangalore that the government will introduce a “national champion” policy “very soon” to encourage the rise of Indian companies, according to a person familiar with the matter. She said Indian policy makers had noted the success of China’s internet giants, Alibaba Group Holding Ltd. and Tencent Holdings Ltd. , the person said. She didn’t immediately respond to a request for more details on the program or its timing.

The idea of national champions is simple. Unlike the innovation world of Silicon Valley, there are obvious sectors in an economy that need to be fulfilled. Food and clothes have to be sold, deliveries made, all kinds of industrial goods need to be built. Rather than creating a competitive market that requires high levels of duplicate capital investment, the government can designate a few companies to take the lead in each market to ensure that they can invest for growth rather than in, say, marketing costs.

If done well, such policies can rapidly industrialize a country’s economic base. When done poorly, the lack of competition can create lethargy among entrepreneurs, who have already won their markets without even trying.

The linchpin is whether the government pushes companies to excel and sets aggressive growth targets. In Korea and China, the central governments actively monitored corporate growth during their catch-up years, and transferred businesses to new entrepreneurs if business leaders failed to perform. Can India push its companies as hard without market forces?

As the technology industry matures in the West, entrepreneurs will look for overseas as their future growth hubs. The challenge is whether they will be let in at all. 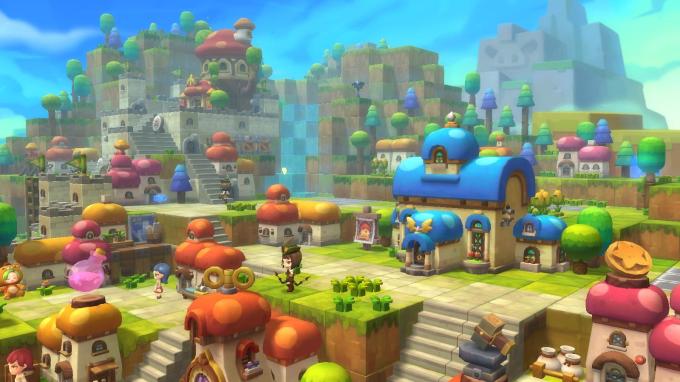 Nexon’s MapleStory2 game is one of its most profitable (Screenshot from Nexon).

Korea and Japan are two of the epicenters of the video game industry, and now one of its top companies is on the auction block, raising tough questions about media ownership.

Nexon founder Kim Jung Ju announced a few weeks ago that he was intending to sell all of his controlling $9 billion stake in the leading video game company. The company has since executed something of a multi-stage auction process to determine who should buy those shares. One leading candidate we’ve learned is Kakao, the leading internet portal and chatting app in Korea.

The other leading candidate is China-based Tencent, which owns exclusive distribution rights in China of some of Nexon’s most important titles.

Tencent has been increasingly under the sway of China’s government, which froze video game licensing last year as it worked to increase content regulation over the industry. Now the question is whether it will be politically palatable to sell a leading star of Korea’s video game industry to its economic rival.

From the Financial Times:

Mr Wi added that Nexon would be an attractive target for Tencent, which pays about Won1tn in annual royalties to the South Korean game developer. But selling the company to Tencent would be “politically burdensome” for Mr Kim, given unfavourable public opinion in South Korea towards such a sale, he cautioned.

“Political risks are high for the deal. Being criticised for selling the company to a foreign rival, especially a Chinese one, would be the last thing that Mr Kim wants,” said Mr Wi.

Such concerns around Chinese media ownership have become acute throughout the world, but we haven’t seen these concerns as much in the video game industry. Clearly, times have changed.