On the south end of the Vegas strip, a different kind of gaming is taking root. At the Luxor casino, the Esports Arena Las Vegas just opened its doors, occupying the former home of the LAX nightclub. Following a special event on March 22, the arena, owned by Allied Esports, opened for regular operations on Monday, March 26.

Allied Esports is a joint venture of Chinese gaming companies Ourgame International, KongZhong and iRena that aims to build a global network of at least 10 esports arenas over three to five years. The effort is just the latest sign that yes, esports is mainstream now and its momentum — and its accompanying business ventures — will only ramp up from here. 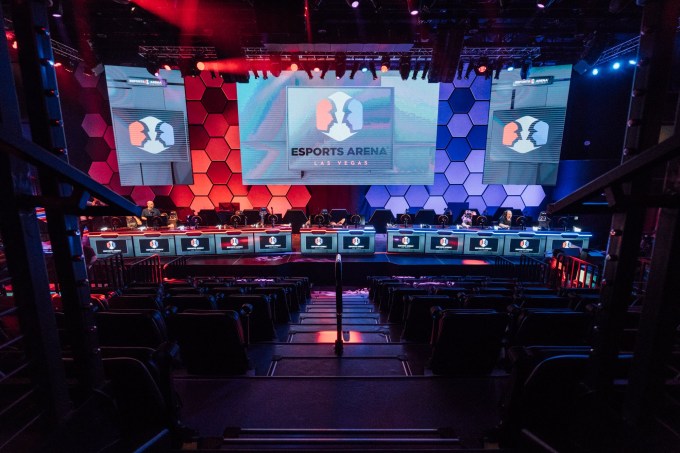 The 30,000-square-foot space is custom-built to accommodate the flashy, massive events that have come to define the esports world, including an in-house “network TV quality” production studio replete with 24 cameras and a two-story LED TV wall. In addition to console and PC gaming stations, the arena also boasts competitive VR gaming via two immersive Virtuix Omni machines and free retro gaming. The modern forward or backward-gazing gamer should have plenty to do, even beyond events like a kick-off weekend Super Smash Bros. tournament with $25,000 on the table.

In true Vegas fashion, the space is accompanied by a gamer-themed menu from chef José Andrés, an avid gamer himself. The space will host big events while also being open to normal non-pro gamers, who can buy a $25 all-you-can-play gaming pass. The fresh space in the Luxor joins other major dedicated gaming venues like Blizzard’s new LA area Overwatch arena and Allied Esports sibling spaces in Orange County, Beijing and Shenzen, with another location set to open next month in downtown Oakland.

Dedicated competitive gaming spaces, oddities just a few years ago, are now springing up all over, moving esports away from traditional sporting venues and into increasingly high-profile purpose-built spaces.