And lo, the Surface Pro 4 did arrive. At least that is the general market expectation at the moment. Tomorrow morning in New York City, Microsoft will host an event that should include an array of new hardware, including, yes, a new Surface Pro device.

There will be more. Other expectations — wishes? — include new smartphones, a dock to allow you to use your phone as a PC, a new Band wearable device, and perhaps a new, super-sized Surface device with internal heft.

If all that sounds like we have been here before, you are not wrong. Both Google and Apple recently debuted new hardware across device categories. Each company is going after tablets, phones, and what I call tablet-hybrids, a style of computer that Microsoft in many ways pioneered.

So, once more ’round the bush, but this time with the Microsoft kids instead of rival gangs from Mountain View an Cupertino.

Provided that Microsoft doesn’t drop about 87 pounds of Hololens information onto the audience, the biggest news out tomorrow should be that the Surface Pro 4 is real, and on the way.

Microsoft’s Surface line of tablets has proved controversial over time, both as a product and as a business choice. Launched as part of the Windows 8 wave, the original Surface devices had a lot of forward-looking elements, but insufficient polish and, well, they ran Windows 8.

Fast forward to the Surface Pro 3, and Microsoft picked up a hit. The device itself was miles better than any prior Surface hardware, and by the time it came out in 2014, Windows 8 had undergone something more than cosmetic surgery.

Now, with Windows 10 on the market, Microsoft has a chance to build on the success of the Surface Pro 3.

That could mean a few things. According to most rumors that have cropped up over the past few weeks, the Pro 4 should look similar to the Pro 3, with various hardware improvements and so forth; an iterative, but welcome piece of hardware.

Also potentially on deck is a larger Surface altogether. That would give Microsoft more space to cram in fans and batteries and a faster processor. If that does happen, it will be interesting to see how the device is positioned and priced.

We should see two new Lumia devices tomorrow, the Lumia 950 and the Lumia 950 XL. (If you want a rundown of the expected set of specs and speeds and feeds and buttons, WindowsCentral has you covered.)

More broadly, Microsoft launching new smartphones after its massive writedown concerning its purchase of Nokia’s hardware assets may surprise. But keep in mind that Microsoft builds nearly every Windows-based smartphone in the market. If it gives up on making hardware, then it has no first-party mobile strategy outside of Surface.

Things to watch out for: News about Windows 10’s mobile version and carrier pickup for the new hardware. The more carriers that Microsoft can get the 950 and its larger sibling into, the better the chance of picking up a few points of market share.

If Microsoft doesn’t give Hololens, its augmented-reality Nerd Helmet, a shoutout at least, it will be disappointing. If Microsoft announces a general ship date, it will be appreciated. If Microsoft sets a firm release date, price points, and both corporate and consumer availability, it will be darn excellent. 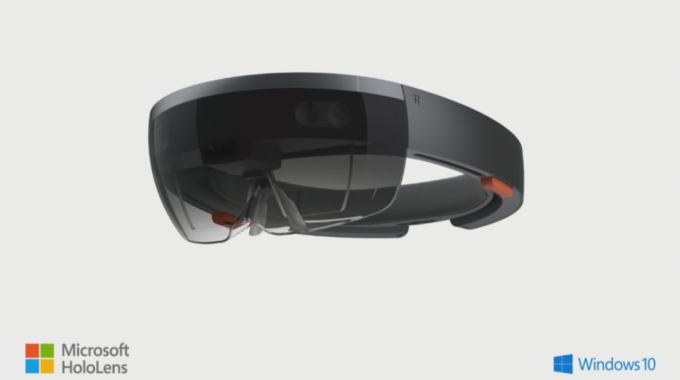 Hololens as a project is a dramatic shift for the company. Long associated with traditional computing technology, like PCs and the like, augmented reality is a bet by Microsoft on the next key platform. Other companies are making larger bets on virtual reality. The difference between the two is that virtual reality is completely immersive, at the cost of taking you out of the world, while augmented reality wants to bolster your current IRL existence.

AC power versus DC power? Not precisely, but someone in this bet is going to be wrong. This is another area where most, if not all, major technology players are gearing up.

Ah, the rest. Microsoft will have the floor, so it may want to stress its Xbox work and a little dongle-dock that could turn your phone into a computer. The company has announced that its smartphones, running Windows 10, will contain the ability to plug into a monitor and run like a PC.

Provided that the experience is smooth, the capability will put a positive point into Microsoft’s scorecard over its choice to build one operating system and deploy it everywhere. Apple’s Tim Cook notably took a genial swipe at the concept at a Box event.

Microsoft is not merely announcing hardware. It will, I presume, stress the intersection of hardware and software, making the implicit pitch that its own will be the best for you.

We’ll see in the morning.