After several months of development, the Google Ventures and FKA-backed bloom, is unveiling its first generation of products aimed to combat dementia, and (perhaps equally as important) the disintegration of communication among families.

The seed which blossomed into bloom’s initial suite of products was initially laid in founder Keith Kocho’s head by an errant copy of MIT Technology Review, Mr. Kocho says.

“My wife dropped a copy of MIT magazine in my lap a couple of years ago. It had Buzz Aldrin on the cover with the line, ‘I wanted Mars colonies and you gave me Facebook,'” Kocho recalled in an email. “Inside were a series of articles on the biggest challenges facing humanity that technology should be addressing. I read an article on the ballooning public health crisis of Alzheimer’s and was inspired.”

As Kocho told the Wall Street Journal, which broke the news of the companies initial financing, the problem of communication hit particularly close to home, since his own father lived far from the family.

There are millions of people out there who are concerned about their aging parents and they shoulder the responsibility of trying to connect their parents with their children. Keith Kocho, CEO, bloom

“I had been thinking about how wearable technology could be leveraged to create a next-generation user experience by orchestrating physical presence and proximity and there it was. Building something that could make a difference in the lives of families struggling with cognitive decline,” Kocho writes.

Initially, Kocho developed a product specifically for dementia, but was advised to tackle the broader market of something that’s endemic to modern society, the distance between parents and children.

“There are millions of people out there who are concerned about their aging parents and they shoulder the responsibility of trying to connect their parents with their children,” writes Kocho. “With the changes in the technology moving so quickly this is getting harder to contemplate everyday.”

Wrangling a family together for a Skype call with the grandparents is a nightmare, says Kocho, and what bloom aims to do is make the process a bit more natural, albeit asynchronous. “People used to love the simplicity and ubiquity of the telephone. The problem is that kids don’t talk on the phone anymore. Evolve the phone. Enrich the communication of families. Foster more frequent connections and improve piece of mind and you have a global product opportunity,” according to Kocho. 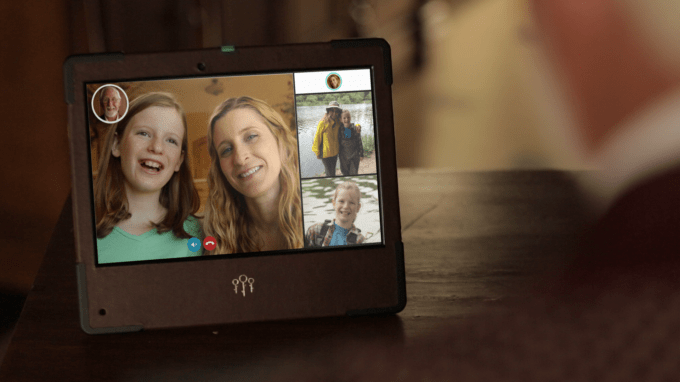 The bloom device that Kocho and his team are bringing to market today consists of three parts: an app for iOS and Android, offering basic photo sharing and voice messaging services; a basic tablet device that displays shared images, responds to presence in a given area, and provides video streaming services for live chat and messaging; and a wearable device to identify an individual and allow them access to photos, videos and video calls (the wearable also has basic fitness tracking and emergency support features).

The app and the tablet viewer can work without the wearable, but three components were designed to work in tandem to provide information on presence, so the messaging features can integrate a bit more seamlessly into the background of daily life.

“We’ve designed bloom this way on the premise that people will wear the bloomband if it enhances the quality and frequency of their connections with their family,” according to Kocho.

“[There are] three parts to this, one is the absence of passwords and apps (remove barrier to entry and serendipitous connection), the second is the unified design of bloom in that it combines the best of social networking, rich messaging, media sharing, and video chat in a single UX (no hunting and pecking, no gluing things together remotely and having to tech support multiple platforms), and lastly is the value of presence (knowing that someone is there, potentially available to talk to vs. just the status of an app,” Kocho explains.

“People will talk. They might not do it live, but they will tell each other small stories. They will listen to the sound of each other’s voices. Keith Kocho

The company’s intiial plan was to start with a watch, but it changed course after testing and research showed that an integrated product on a watch would be both too costly, and

Aiming to ship by the holiday season, bloom is retailing its devices for $249 in this pre-order period, with the retail price coming in at $349.

Ultimately, what do users get from the experience? Kocho says they get a new chance to connect with family.

“People will talk,” he writes. “They might not do it live, but they will tell each other small stories. They will listen to the sound of each other’s voices.  They will hear the emotion and individual intonation in a message and not require emoticons to understand what the speaker meant.  They will communicate with context. They will share information about each others lives that will enrich the times that they do connect live.   They’ll be more engaged socially and they will live healthier lives.”

A 2013 report on aging from the Centers for Disease Control reported that 25% of the elderly population have some type of mental health problem, like a mood disorder not associated with normal aging and 12% of adults 65 or older report they “rarely” or “never” received the emotional support they needed.

“Younger people tend to be over programed and older people tend to be concerned about disturbing that insanity,” says Kocho. “The tension that builds around this dynamic only gets worse the longer the gap in communication. Sharing with bloom can make the best use of the time you actually have to connect.” 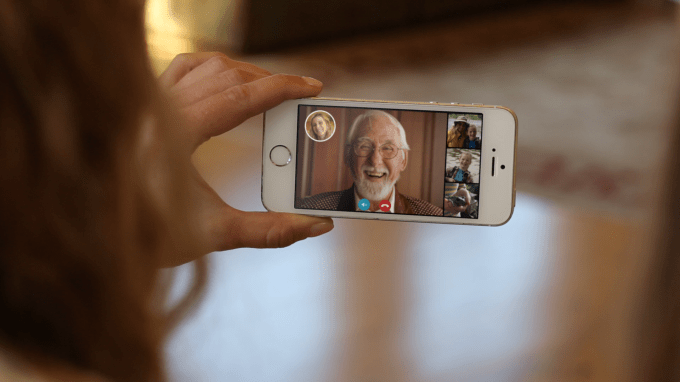