With video  and imagery increasingly becoming the lingua franca of the web, businesses are looking for ways to capitalize on the new media as they market to each other.

Consider it the latest embodiment of the evolution of businesses to assume a more consumer-centric mindset when it comes to technology.

Riding the crest of this wave of video consumption for, among, and by businesses is Vidyard, a Kitchener, Ontario-based company that has just raised $18 million at a valuation just under $100 million to provide video marketing tools for businesses.

“Consumer behaviors often create enterprise trends,” says Michael Litt, Vidyard’s co-founder. “If you look at YouTube, Vine and Instagram, future demographics are going to expect to be sold to and to sell with video.”

As this trend continues to move into the enterprise for video as creators and people who are consuming it we are well positioned to deliver that to our customers. If you think about how social started as a tool for consumers and is now a tool that enterprises use. Video is kind of going in the same direction.

As the art of the online sale moves to video, companies are looking to have the same kind of analytics and features in that medium that they do for the web in general.

“We’re all about helping our customers and the businesses that work with us understand how their customers are watching their content,” says Litt.

The heart of all of this is converting potential customers into actual customers, and Vidyard has found that tracking a user’s engagement with  video is one recipe to the secret sauce of the sale.

Vidyard will track who’s watching a video, when they’re watching it, and for how long they watch it. 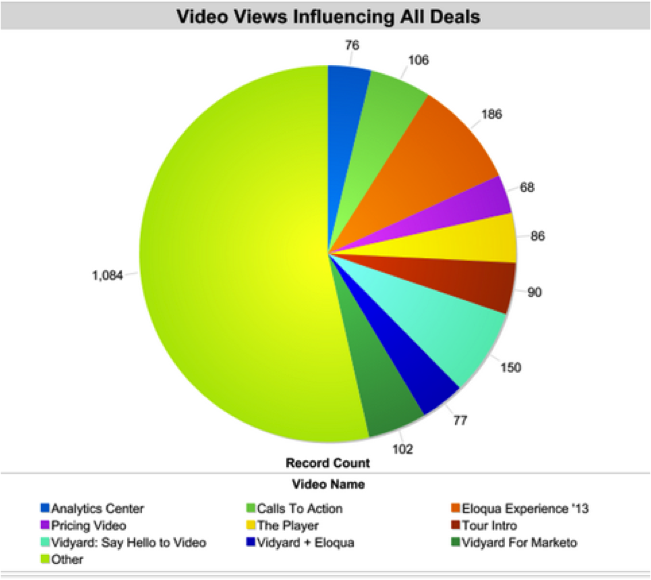 A Y Combinator alumnus, Vidyard, has grown to just under 50 employees from its humble beginnings and is now competing with much bigger players in the video distribution market, like Brightcove.

As part of its announcement Vidyard also unveiled two new Vidyard Video Hubs, which gives marketers a tool to create custom-branded video channels within websites, and Vidyard Studio, which lets marketers turn their accursed power point decks into what I can only imagine will be even more accursed video content. (Internet browsers welcome to a fresh hell).

“Adap.TV, Vizo, these are all part of this trend of data coming to the enterprise and the next generation of interaction with your customers,” says Bessemer Ventures’ Byron Deeter, who will take a seat on the Vidyard board of directors.