So you’ve decided you want to learn to code, but don’t know where to start. There are dozens of services out there that can help you find your way, but a new YC-backed company wants to teach you how to code through gamification.

The web-based game teaches rudimentary JavaScript fundamentals, including everything you’d learn in an introductory computer science course, by forcing you to code your way through the game. In order to get from one level to the next, you must understand the lesson being taught and prove it through writing your own code.

It’s an RPG-style game that has a beginner, single-player campaign as well as a multiplayer option for more advanced coders. The game is targeted at high schoolers who are looking to learn the basics in a fun way, and according to cofounder George Saines, it’s “growing like crazy.”

The company was founded back in February of 2013 and is about to graduate out of Y Combinator next week. Since launch, they’ve put the Alpha version of the platform on Reddit before launching the beta in October of last year. In January, the team open sourced the entire product, releasing a level editor so that users can create content themselves.

“That’s our biggest challenge going forward,” said Saines. “We’ve proven that people are playing the game and loving the platform, but creating content takes a lot of time.” 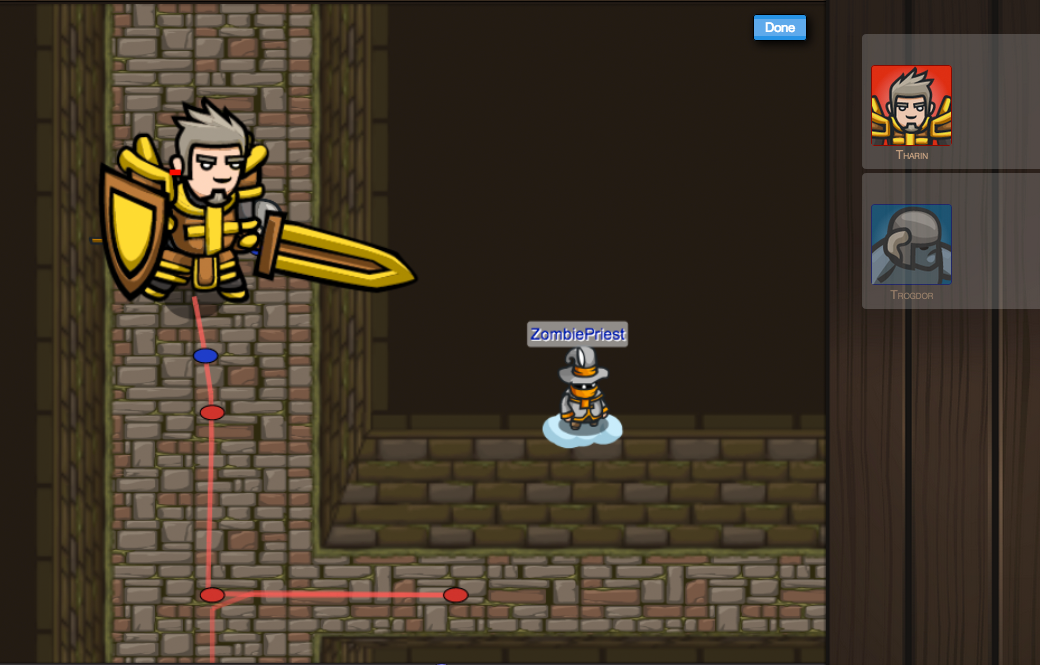 So far, since launching the level editor, the platform has seen 103 contributors so far.

The game is entirely free to play, and Saines claims that it will stay that way. Instead, the company will make money through recruitment. Because CodeCombat can see the way you type through a log of how you solve the problems and challenges posed by the game, as well as the way you structure your algorithms, it has incredible insight to your talent as a programmer.

CodeCombat is free to play and available right here.