A startup called Pluralis is taking a 99 Designs-style approach to solving a fairly specific problem — improving the conversion rate on landing pages.

Normally, if a business has a landing page that it thinks could be driving more user registrations (or purchases, or whatever they’re aiming for), then it has to devote time and resources on a redesign that may or may not actually improve things. With Pluralis, businesses can crowdsource the problem, challenging “creative optimizers” (a category that includes copywriters, designers, and marketers) to compete to create the best page.

To do that, businesses first post a contest offering different payments depending on how much their conversion rates are improved. (For example, it could offer $1,000 for 15 percent improvement, $2,000 for 30 percent, and so on.) Then the creative optimizers who have been enlisted by Pluralis can take their stab at doing better, using the company’s tools to page elements including the text, images, and headers. 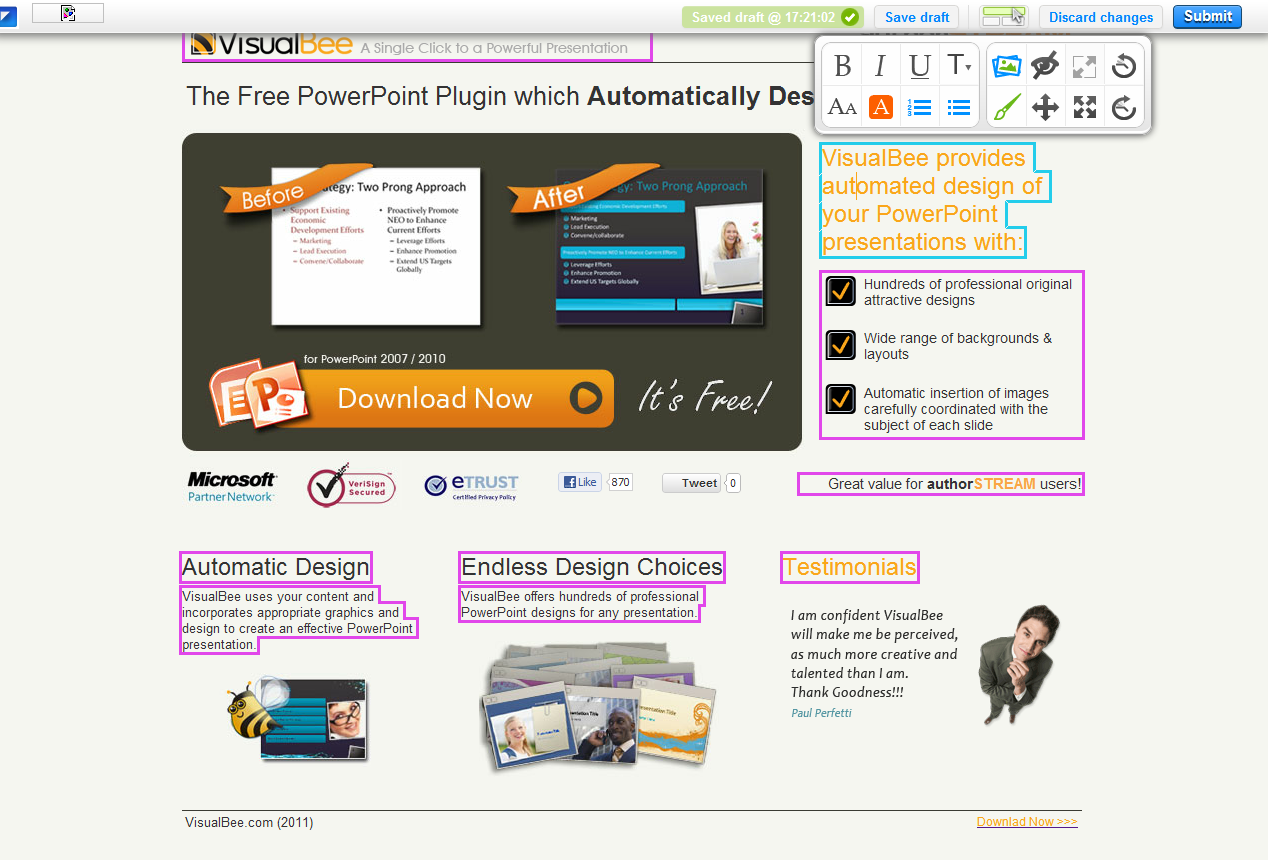 Once the submission phase is over, businesses choose the revisions that they like the best, and they A/B test those submissions live on the site. In order to win, a design has to perform better than all of the other submissions, as well as the existing page. In other words, businesses should end up with the landing page that’s proven to be the best. And if nothing is actually better than what they have already, they don’t have to pay anything.

Pluralis just opened the service to the public, but it has been beta testing the program with help desk company SysAid, ad company Jottix Media, and others, with an average of 17 to 27 percent improvement in conversion rates.

The company has raised $1 million in seed funding from Thetime and Cyhawk Ventures.