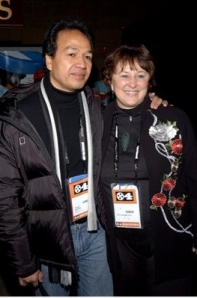 I’ve spent some 30-weeks in developing countries over the last year. It’s been a pretty brutal travel schedule, but it’s given me a rare vantage point to see the business, technology and cultural implications of the crushing urbanization, growth of a middle class and chaotic economic ascendancy that’s happening in several hot spots all at once. Spread across so many places, it’s a phenomenon that the modern economic world has never seen, yet the story can really only be told correctly country-by-country through local eyes.

Now for those of you who don’t fancy the idea of spending 40-hours a month in a cramped coach seat, there’s a cool new way to witness this knife’s edge between increasing stability and instability without leaving your laptop. It’s called AsiaPacificFilms.com and it’s basically a Netflix for Asian Pacific indie filmmakers.

The service was born out of founder Jeannette Hereniko’s experience organizing film festivals. Frequently attendees would write to her and ask where they could see a certain film again and the honest answer for most was “You can’t, sorry.” Finally, using deep connections in the Asian film world, she decided to create a place where you could. I met Hereniko on my recent swing through Hawaii, and was captivated by her descriptions of how the painful-yet-rewarding route to modernization was playing itself out in art across Asia. I convinced her to give our readers a free one-month trial. Go to AsiaPacificFilms.com and enter TechCrunch2010 to redeem it.

The company has raised just $350,000 in angel funding to date, and is in the process of
trying to raise more to help grow the site, acquire more content and build out some discovery and social-network-like features to help flummoxed new users find good films. Hereniko admittedly knows more about the film world than the Internet world, but from a content point of view, her timing couldn’t be better. We all know about the success of Bollywood—which now grosses more money than Hollywood—but experimentations with film, art and documentaries are sprouting up in a big way throughout the rest of the emerging world. Yes, even in China.

There’s a complex tech-and-cultural cocktail of reasons why including the availability of cheaper film and editing equipment, availability to get an audience through non-traditional Internet means, and the whole globalization movement creating real ties between the West and the rest. And, says Hereniko, this very same angst, hopefulness, creation and destruction of national identity that emerging markets are going through gives endless content fodder. Urbanization, disparity between rich and poor and dramatic social change is the reoccurring theme in most of the films she’s seeing, across a host of countries.

To get you started here are a few of Hereniko’s own suggestions. I plan on checking out each of these during my upcoming 20-plus hour flights, along with “The Land Has Eyes,” a film Hereniko and her husband (both pictured above) produced that was Fiji’s 2006 official submission to the Academy Awards.

Update: * Where by ‘iPad’ I mean of course ‘device that actually supports flash‘.