To celebrate its birthday, Scribd just rolled out a redesign with a new Zune-brown logo, much faster document search (to support 1.4 million searches a day), and other small new features such as the addition of collections. It lets you explore by category or trending documents.

Scribd took a big hit to its traffic in the middle of last year when it reduced its aggressive SEO tactics and got serious about cracking down on pirated documents, from which it still hasn’t completely recovered. But its stronger copyright filtering makes partners like major publishing houses more comfortable using Scribd as a way to promote and distribute its books. Scribd’s biggest competitor DocStoc is also growing at a nice clip and adding new features at a steady clip.

Scribd is also making a big push into mobile reading by making it easy to send documents to avariety of mobile devices, including iPhones, Android phones, Blackberries, Kindles, and Nooks. The company has raised $13 million total from Charles River Ventures, Redpoint, Marc Andreessen, Jeff Jordan, and David Sacks (who recently joined its board). 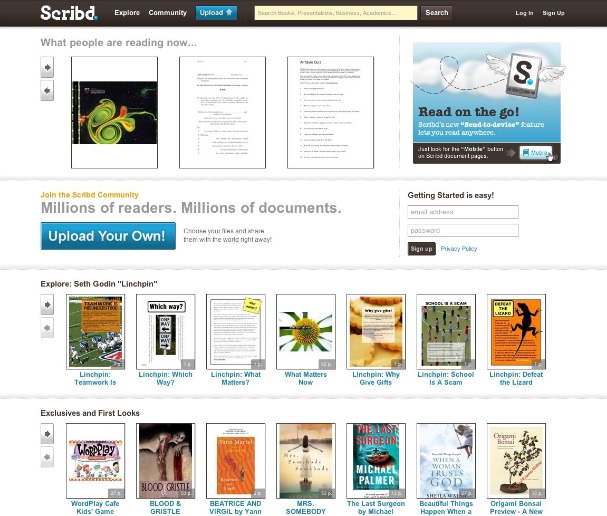