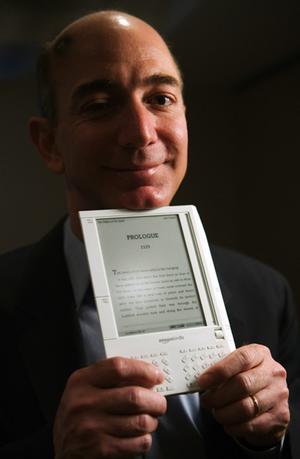 Last week, Amazon sent a shiver down the spine of the Internet when it remotely deleted copies of the books “1984” and “Animal Farm” from users’ Kindles. As just about everyone was quick to point out, the incident showed a very “Big Brother”-like side to the company. It was simply dumbfounding, and left many people very, very angry. And it made many question whether they should ever buy any books on their Kindles again.

Amazon quickly admitted that the move was a mistake to the press with a bland statement, but that wasn’t enough. So today, right before the company announced its earnings, CEO Jeff Bezos personally apologized for the incident as follows:

This is an apology for the way we previously handled illegally sold copies of 1984 and other novels on Kindle. Our “solution” to the problem was stupid, thoughtless, and painfully out of line with our principles. It is wholly self-inflicted, and we deserve the criticism we’ve received. We will use the scar tissue from this painful mistake to help make better decisions going forward, ones that match our mission.

With deep apology to our customers,

While the company had its reasons (apparently, the versions it deleted were unauthorized versions) and did give refunds, it didn’t change the fact that it was invading devices and taking back content which those people had (at least to their knowledge) legally bought. And it knows that was wrong, which is good.

Companies make mistakes, and we’ll chalk this up to a big, dumb one by Amazon, because they’ve now said as much. But what also troubles me is that while Amazon apologizes for incidents like this, it says nothing about other sketchy moves. Like how it is forcing mobile applications to be taken down because they access their APIs in a way that they don’t like (even though it’s fine to use the same calls on desktop versions of the apps).

And the whole idea of companies being able to remotely wipe content that you’ve bought is still troubling (Apple can do it to on your iPhone, but hasn’t used that power yet). But welcome to the 21st century. Not only is Big Brother watching, he’s got a backdoor passcode into your devices — and a kill switch.