Pok Pok, a Toronto-based edtech company, has announced that it raised $3 million in seed funding to expand its play-based learning experiences for kids. The company was founded in 2019 after it spun out of Snowman, the small studio behind award-winning iOS games Alto’s Adventure, Alto’s Odyssey, Skate City and others.

The idea for Pok Pok surfaced after Snowman employees Mathijs Demaeght and Esther Huybreghts, now vice-president of design and chief creative officer at Pok Pok, respectively, went looking for an app to entertain their young son when he was a toddler. The pair were unable to find an option that fit what they were looking for and decided to build the app they wanted for themselves.

Pok Pok CEO and co-founder Melissa Cash, the sister of Snowman co-founder and creative director Ryan Cash and whose background was in developing products at Disney for babies and toddlers, joined the team when she saw what Demaeght and Huybreghts were working on.

Today, Pok Pok is officially separated from Snowman, and its team consists of 10 full-time employees after recent hiring. The startup launched its Pok Pok Playroom app, which is the first title to go live from Pok Pok, in May 2021. The app encourages kids to learn through independent play and launched with six “digital toys” that grow with the child as they age up. The company says that all of the toys are designed to be open-ended, as there’s no right or wrong way to use them. Huybreghts and Cash emphasized that Pok Pok Playroom is not a game, as there aren’t any levels to beat or objectives to achieve. 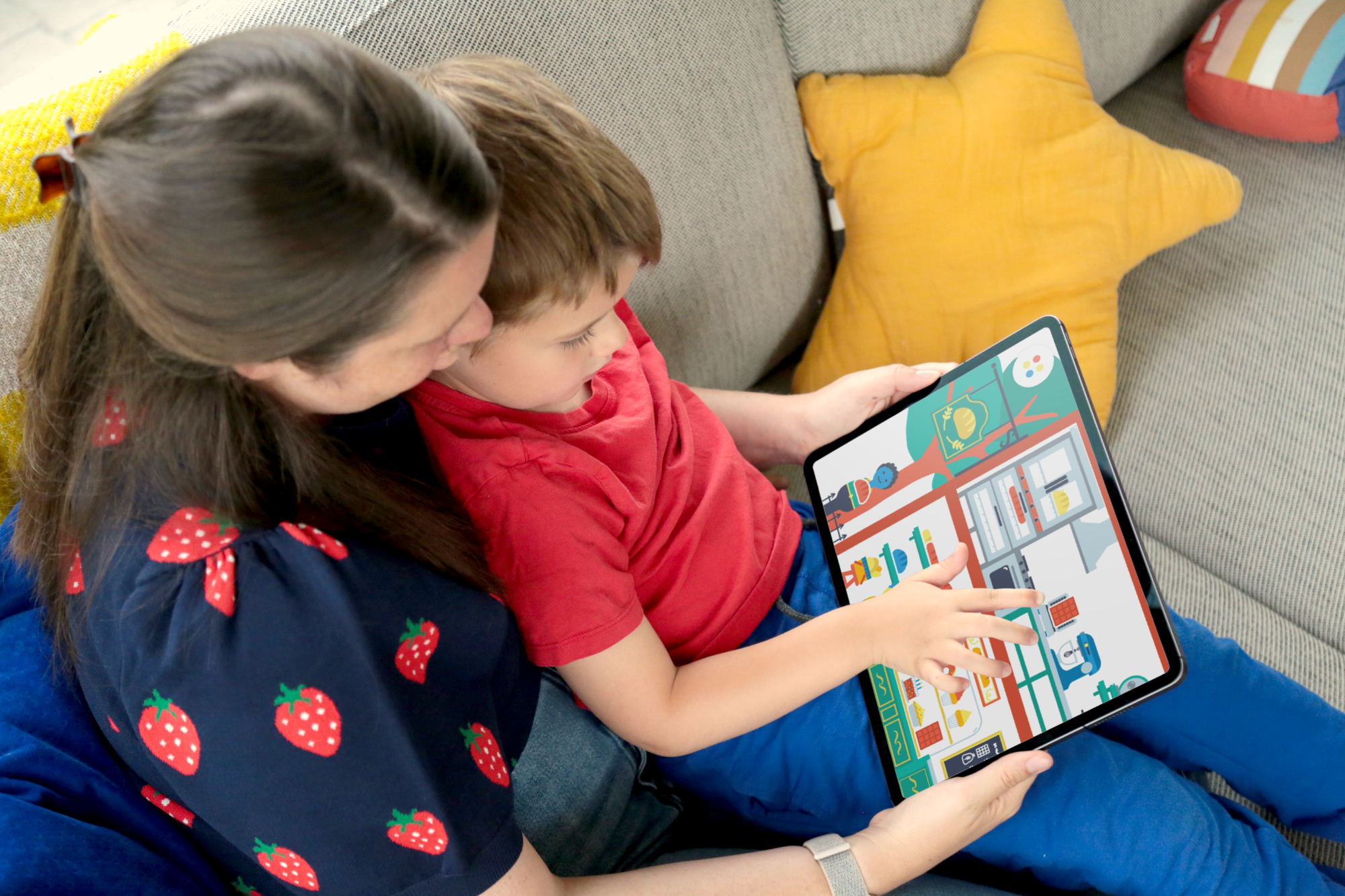 As for the new funding, Pok Pok will use part of it to continue enhancing and expanding the Pok Pok Playroom app, as the company plans to release three new digital toys in the next few months.

“The funding is going to go into a couple of different areas of the business,” Cash said in an interview. “Number one is going to be marketing. We launched Pok Pok last May and didn’t really do any marketing, so we want to invest in sharing Pok Pok with more families. We’ve seen organic growth over the last year and we’d love to start injecting a little bit more capital into that. And the rest of the funding will go toward further development. We maintain Pok Pok Playroom with regular updates, and so part of the funding will go toward continuing to maintain the app. We’re also going to further our reach with future products as well. We feel like we can make a dent in the universe with digital play, so we are really excited about developing future products for older kids.”

Pok Pok’s seed round was led by Konvoy with participation from Initial Capital and angel investors. Existing investors include Tiny, as well as angel investors Jon Levy, the co-founder of Mastermind Toys and Dax Dasilva, the founder and executive chair of Montreal-based tech company Lightspeed, among others. The startup’s seed funding follows its $925,000 pre-seed in February 2021. 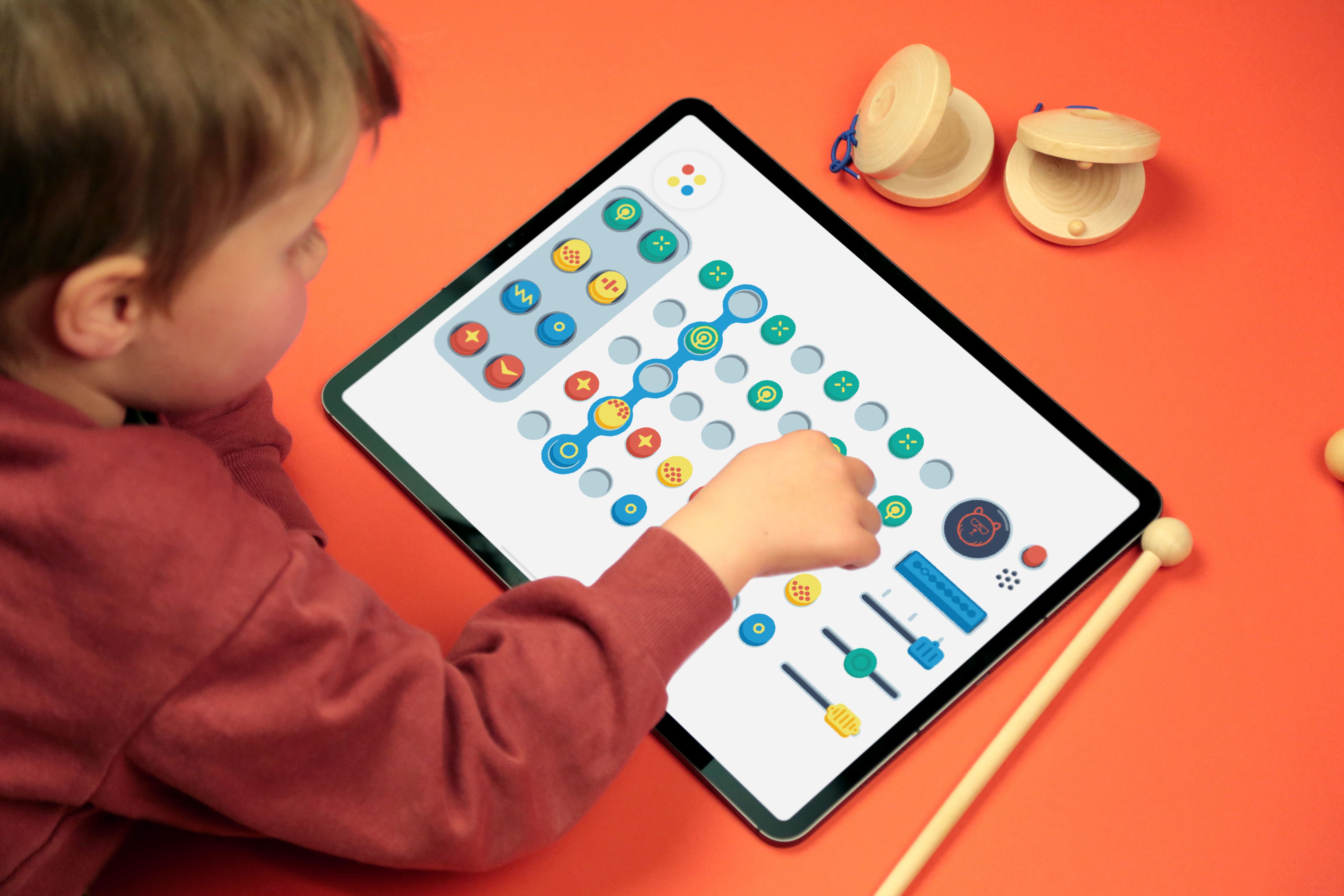 Huybreghts noted that the company is focused on making its digital play experiences based in reality and making Pok Pok a diverse space. As part of an update launched this month, the Pok Pok Playroom app celebrated Pride.

“We launched our Pride update in various places throughout the app because we feel that kids need both windows and mirrors in the way they see the world,” Huybreghts said. “They need the windows to empathize with the world and to see different views from the ones they are used to. And they need mirrors to recognize themselves and their friends and family, whether that’s through LGBTQI+ inclusion or in other ways.”

In terms of the future, Huybreghts outlined that kids are going to be growing up in a society that is vastly different from the ones that their parents grew up in, which is why it’s important for them to be creative and be able to think outside of the box. She noted that Pok Pok’s products will aim to help children be able to collaborate and cooperate with others.

“We want to make quality products that will allow parents to move through childhood with their kids with Pok Pok as a solid supporter of their kid’s creativity and education,” Huybreghts said.

Snowman, the studio behind Alto’s Adventure and others, launches a kids app company, Pok Pok