Upon joining Weight Watchers, Berson spent time looking at user forums that had content ranging from transformation photos to someone updating the community on their plans to take a walk later. She noticed that there was a “beautiful, palpable, continuous experience” of people supporting each other, she said. One that led to accountability and, eventually, results.

At the same time, Berson was in the thick of trying to get pregnant. She and her partner spent three years trying to conceive — a time full of failed treatments, loneliness, and a miscarriage — before having their daughter, who is now two and a half years old.

Conceive, launching today, is a digital fertility program taking a page out of Berson’s professional and personal playbook. She started the company to connect some of the most motivated folks out there — people who want to start families — with each other, providers, curriculum and coaches. The goal is to make the underground communities that experience one of the “most complex patient journeys” out there have a better map, she said. 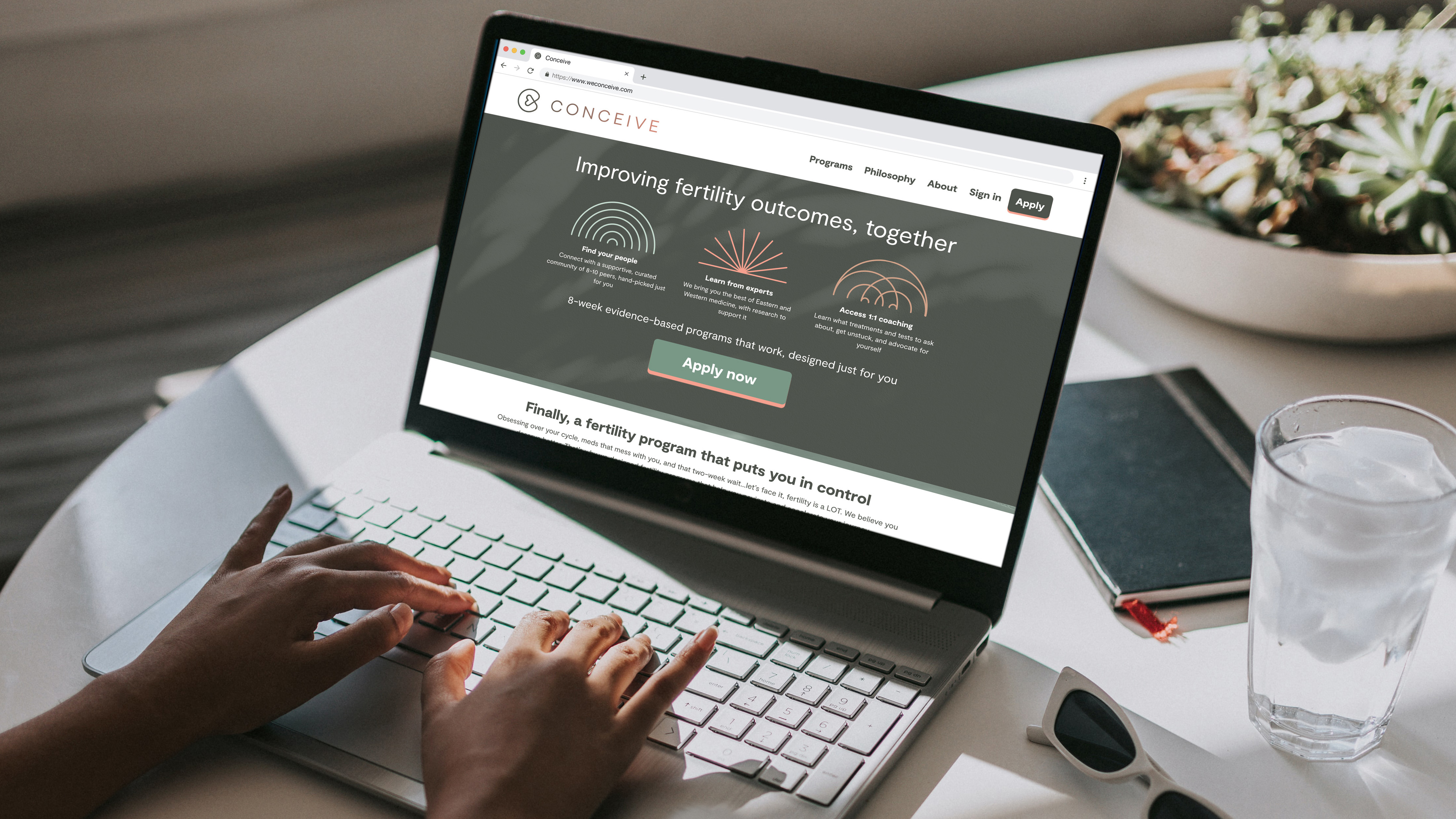 Conceive’s eight-week “trying to conceive” program looks different for someone experiencing IVF for the first time or a person just beginning to talk about having a family. Users are paired with a curriculum and coach that fits their needs, looking at factors like geographic location, how long they’ve been trying, and diversity.

The program costs $549 and some scholarships are available. Berson explained she intentionally is starting with the direct-to-consumer route because she didn’t want to just serve folks who were “lucky enough to work with an employer who” offered fertility benefits. Eventually, the company plans to monetize through affiliate relationships with consumer products or diagnostic companies, as well as clinic relationships and employer plans.

While Conceive’s mission — to help people get pregnant and support them through the bumps along the way — isn’t uncommon, integration is. Berson said that often fertility specialists will give a very standard playbook that people have to use to piece together with other conditions, specialists or doctors’ advice that they’ve received. Expectful, a VC-backed women’s health company led by Nathalie Walton, has a similar vision. Both companies want to provide holistic care to families.

The imbalanced landscape of hormonal health

Conceive isn’t just focused on helping women better understand their bodies and fertility — it looks at men as part of the equation as well. “I was diagnosed with unexplained infertility only to find out years later that my partner has varicocele,” a condition that can cause infertility in men, Berson explained.

So far, Berson thinks her company’s beta cohort, which was composed of 11 members, has been impressive. She says that 54% of members became pregnant, 36% understood new diagnoses and 90% felt supported in their journey toward getting pregnant. The biggest hurdle for the startup going forward will be expanding that pool of people who trust it, and thoughtfully creating cohorts that have the aforementioned outcomes. Scale and success, here, is a sensitive topic.

“We cannot commit that everyone will get pregnant, but there’s so many different aspects that we can commit to, [like] feeling supported, feeling nurtured and feeling guided,” Berson said. “What we’re really aiming to do is productize pathways and protocols.”

The company isn’t building alone. To date, the company has raised $3.7 million led by Kanyi Maqubela at Kindred Ventures and with participation from Founder Collective, Great Oaks, and over 30 angels, including the founders of Natalist, Tia, Forward, Cityblock, and Pillpack. The cap table is majority female, and 42% of investors identify as BIPOC.