Arcol is in the early stages of building a design and documentation tool that runs in your browser.

Paul O’Carroll started the company in January 2021 after being inspired by his father, who is an architect, and seeing the frustration he had with the lack of digital tools available to design a building. He recalls watching his father at a desk with pencil and paper, sketching out a building that would begin to come to fruition six months later.

Prior to Arcol, O’Carroll was at a digital design studio building design tools for large companies, usually with a building or architectural twist to it. He saw the technology being used was decades old and wanted to take on the legacy tools like Autodesk.

“Through all of this I saw firsthand how bad the tools we use to design buildings are and I thought that architects, engineers and contractors deserved better tools,” O’Carroll told TechCrunch. “What Figma has done in the user interface design space, we want to do in building design.”

You can catch more about Arcol’s founding story in O’Carroll’s blog. The company is building web-based tools that can turn a 2D sketch into a 3D representation so that someone can design anything from a small building to a skyscraper using a creative and collaborative canvas.

The product is currently in development and will be released later this year, and O’Carroll said the waitlist just passed 8,000 people. He said the technology is complex to build and the product will go into a closed alpha in the next few months and will roll out privately with 20 customers around May. By the end of the year, he expects to open it up publicly. 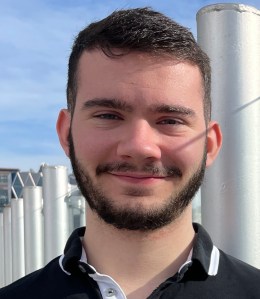 The new funding will be used to round out the leadership team and add to Arcol’s team of five employees.

“We need to build our product quickly because we have this peak frustration in the market,” O’Carroll said. “For architects, this was not happening and the creative aspect was lost. We want to bring back the magic.”