Ethan Choi Contributor
Ethan Choi is a partner at Accel, where he invests in SaaS companies that are redefining workflow and collaboration, enterprise automation and e-commerce infrastructure. He also focuses on consumer internet companies and online marketplaces.

In 2016, more than 20 years after Amazon’s founding and 10 years since Shopify launched, it would have been easy to assume e-commerce penetration (the percentage of total retail spend where the goods were bought and sold online) would be over 50%.

But what we found was shocking: The U.S. was only approximately 8% penetrated — only 8% for arguably the most advanced economy in the world! 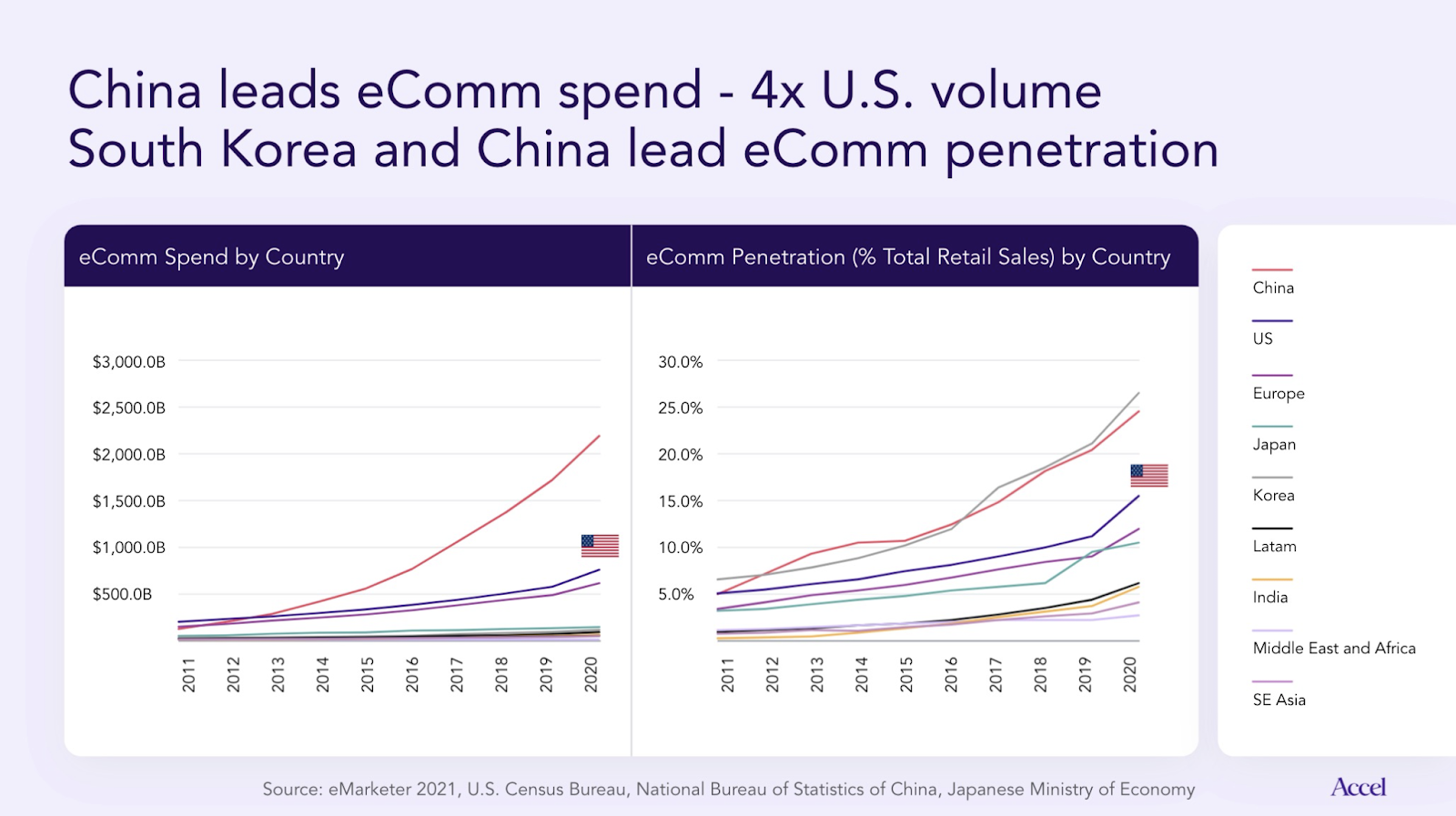 It’s clear that we are still in the early days of this megatrend and it is our strong conviction that it is inevitable that we will get to a point where at least half of every retail dollar is spent online over the next decade.

Below are five key predictions for what this road to further penetration will hold.

Marketplaces have forged the path for e-commerce adoption among merchants of all sizes. They have raised significant capital and made the necessary investments in payments and logistics infrastructure, often subsidizing the consumer experience with free shipping or discounts to get them comfortable buying online.

The balance of power has shifted toward merchants, who previously didn’t have the picks and shovels to build their own e-commerce capabilities.

In recent years, merchants have pursued options aside from these marketplace aggregators. They have sought independence, opting to pay 5%-10% of their gross merchandise value (GMV) on their own technology infrastructure rather than paying the 6% to 45% (average of about 15%) in marketplace fees. Most importantly, they have prioritized owning the relationship with their end customers, given that customer loyalty and lifetime value is becoming ever more important in a hypercompetitive online market.