When Sam Lurye looks at a loading dock he sees both a bottleneck in the world’s supply chain and an opportunity.

The opportunity — driven by a tension between the digital and physical infrastructure at warehouse distribution centers and factories today and the push toward autonomy — prompted Lurye to found Kargo, a smart loading dock platform startup that recently raised $6 million in seed money from Founders Fund, Accomplice, Sozo Ventures and other unnamed investors.

In the first months of the company, which was founded in late 2019, Lurye spent months traveling throughout the United States, visiting warehouse distribution centers and factories and speaking with hundreds of truck drivers, plant workers and supply chain managers to understand where the change in the autonomous logistics was impacting them.

“No matter whether you’re building cars or elevators or distributing things, everyone has loading docks,” Lurye said in a recent interview. “It’s kind of this universal API of the industrial world; a loading dock allows any industrial facility to connect with the outside world.”

Loading docks are ubiquitous, and so are their problems. Bottlenecks are common with the average truck waiting two and half hours to be loaded or unloaded at the dock. For every 15 minutes that the truck waits beyond that average dwell time, the chance of a crash later on in the route increased by 6.2%, according to a study by the U.S. Department of Transportation.

Lurye concluded that warehouses and factories weren’t ready for the coming wave of investment in autonomy, which tends to focus on autonomous trucks and warehouse robotics.

Kargo’s platform is not just a digital enterprise. The company mounts physical sensor towers to a loading dock. The computer vision sensor is able to automatically identify and verify all incoming and outgoing freight in real time. The accompanying software platform takes in all of that data, which can then be used by customers to take a macro or micro view of its supply chain. 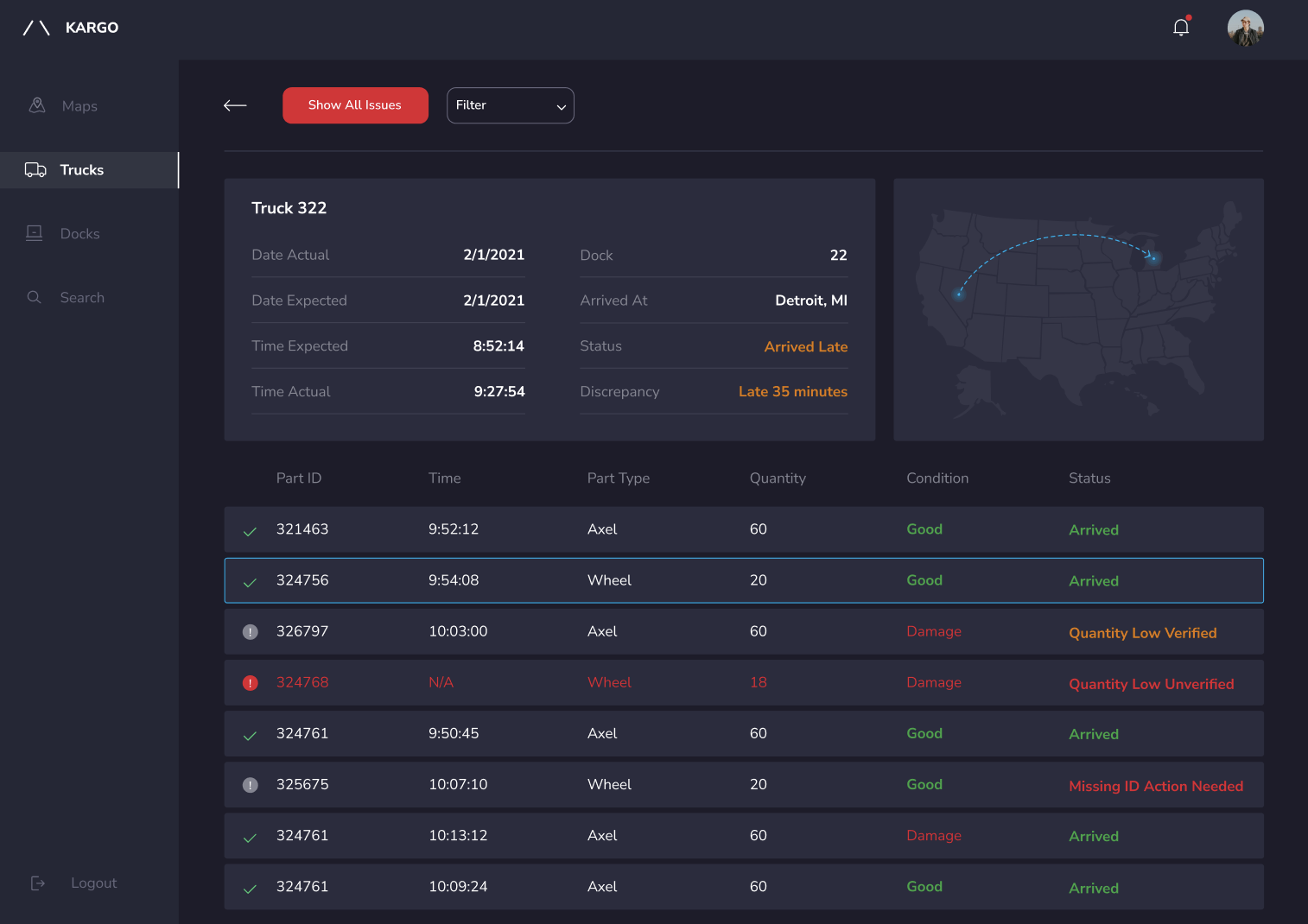 The company makes money by selling the sensor and then offering a software subscription that gives customers access to the data.

Lurye said the platform has allowed its customers to reduce loading time by more than 40%. As more loading docks are connected to the platform, the predictive feature that Kargo built improves and will allow customers to make informed forecasts of whether a shipment will be late or missed.

Lurye’s aim in 2021 is to use the new funds to double its 7-person workforce over the next several months and launch its first commercial launch of 50 loading docks with plans to triple that number before the end of the year. In 2022, Lurye wants to add more than 1,000 loading docks to the platform.

Demand for Kargo’s platform and sensors could rise as e-commerce giants like Amazon as well as hundreds of other distributors add more automation inside their warehouses and factories.

SmartHop raises a $12M Series A to ease trucking logistics