If you are a founder and launched a startup last February of 2020 just before the pandemic hit, then you may have felt like you were living the ultimate business nightmare. But if your company serves to stabilize the supply-chain business, then, in fact, you may have hit the ground running at just the right time. So is the story of Miami-based startup SmartHop, an AI-powered app that helps interstate truckers make their routes more efficient and lucrative, while removing a lot of the administrative hassle for drivers.

SmartHop announced today that it raised $12 million in a Series A round, bringing the company’s total funding to date to $16.5 million. The round was led by Union Square Ventures, whose past investments include Stripe, Twitter, Coinbase, Etsy, MeetUp, SkillShare and Duolingo, among others.

SmartHop takes a complex problem with lots of moving parts and offers a simple solution. To understand the gap in the market, you need to understand the hurdles that interstate truck drivers face. And since Garcia is a former truck driver himself (he was a pet food delivery driver while in college in his native Venezuela and scaled his business to a 500-person trucking company), he has a good grasp on the pain points and intricacies of the industry.

“I lived with my parents in Caracas and I asked my parents to empty their garage and that was my first distribution center,” said Guillermo Garcia, CEO and co-founder of SmartHop, of his experience starting his first trucking company. “The trucking market moves like the stock market,” he added, explaining that it’s ever-changing and therefore impossible to predict.

According to a 2019 study by The American Trucking Associations, the trucking industry is a $791.7 billion industry, representing 80.4% of the nation’s freight bill. Additionally, 91% of trucking companies are small businesses, meaning they have six trucks or fewer. Many are owner-operators. Traditionally, to get loads, truckers had to scour apps or websites of about 15,000 different brokers. It was a total uncoordinated, inefficient, free-for-all approach that left drivers unable to predict their monthly revenues, among many other things.

This is how SmartHop helps those drivers. Let’s say Bob lives in Atlanta and he has a single truck; he’s an owner-operator. He has a load that’s going to take him all the way to Seattle, and it’s going to take him several days to get there. Financially, it doesn’t make a lot of sense for Bob to start the trip without knowing what else he can pick up along the way, or if Seattle should really be his turnaround point. Maybe there’s not a lot of freight leaving Seattle these days, but there’s a lot going out of Chicago. There’s no way for Bob to know these things.

Before SmartHop, Bob had to pick up the phone, call brokers and make deals. Most of this work was done while on the road and Bob had no foresight into his next couple of weeks of work – or life, for that matter.

With SmartHop, Bob can enter details about his truck’s capacity, cities he doesn’t like driving through and other details, and SmartHop will recommend loads to him that optimize his profits and travel time. Think of it like when you’re driving and using Waze and it asks if you want to drive to Starbucks because it’s a couple of minutes out of the way. All you have to do is accept, and Waze does the rest. SmartHop operates similarly. 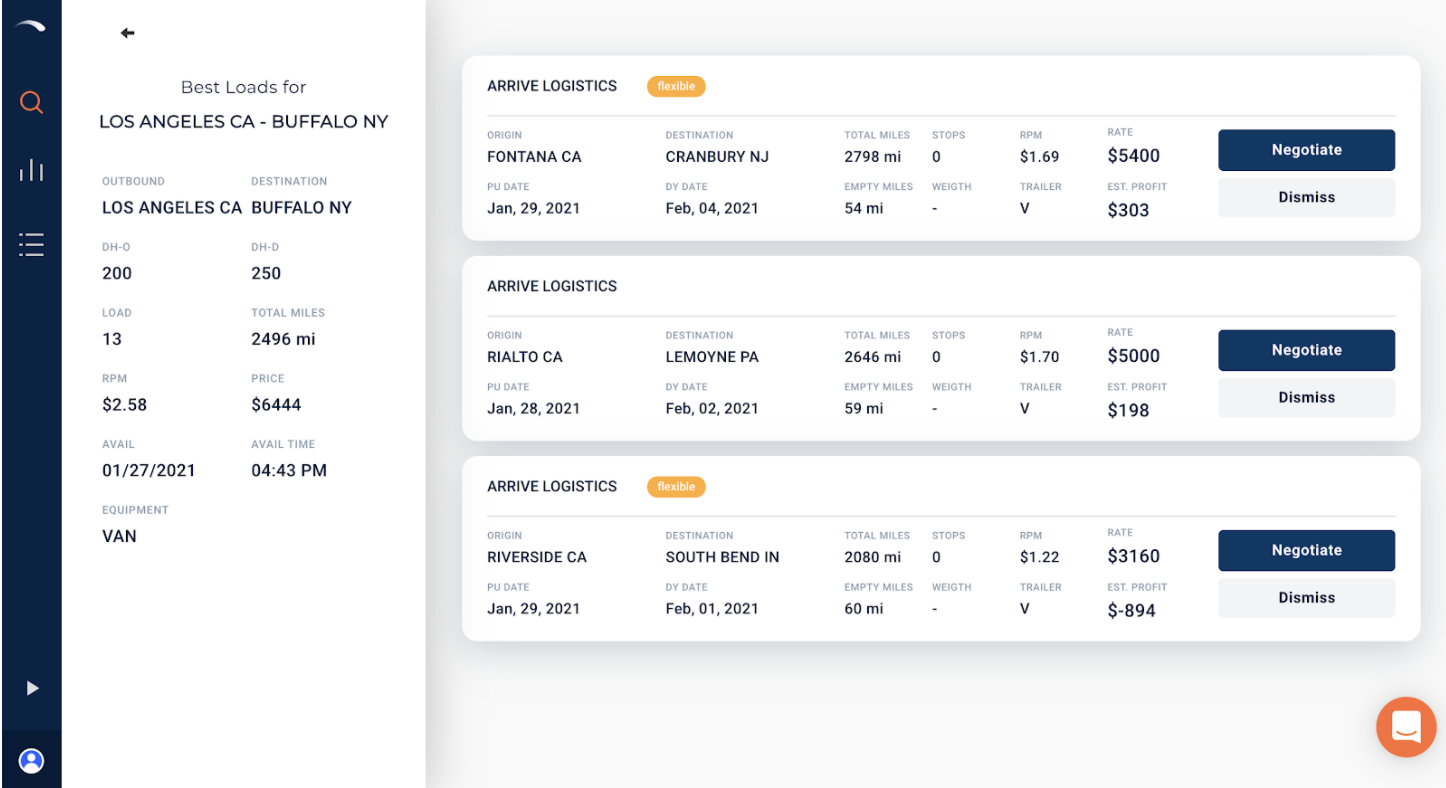 “Some truckers don’t like to drive through New York City because there are a lot of tolls, bridges and traffic,” said Garcia, “So it doesn’t matter the value of the load, he’s just not going to pick it up,” he added.

But if you really want to go full autopilot, SmartHop can take over and autonomously book the loads for you – all you have to do is drive and take care of the truck, Garcia said.

The more a trucker uses SmartHop, the more the company learns the driver’s preferences and makes better suggestions or bookings.

SmartHop charges a transaction fee of 3% of the gross sale. “Our incentives are very aligned, so when they make money, we make money, and when they are taking days off, we don’t charge anything,” said Garcia.

“[Union Square Ventures] is focused on businesses that utilize technology to build networks and broaden access,” said Rebecca Kaden, managing partner at Union Square Ventures. “We were particularly excited to meet Guillermo and the SmartHop team, because that’s exactly what they are doing — software empowers the owner-operator trucking company to optimize their business and compete with players far bigger in number.”

Ryder, the Miami-based logistics company, also participated in the round through its new venture arm, RyderVentures. SmartHop is its first investment. Equal Ventures and Greycroft, from SmartHop’s seed round, also invested.

“A lot of startups have a lot of good technology and no one to test it on,” said Karen Jones, Ryder executive VP, CMO and head of new product innovation. “And the software doesn’t go very far if there is no one in the real world to try it.” Prior to the RyderVentures investment, Ryder partnered with SmartHop to test the product on its own trucks, of which they have 275,000.

The company, which was part of the 2019 New York City Techstars cohort, currently has 50 full-time employees and 100 trucks using the product. Each truck, on average, grosses between $10K – $15K per month.

The latest funding round will go toward product development as well as embedded financial products. Unlike big companies, smaller trucking companies don’t have the leverage to negotiate better rates on fuel or insurance, but with SmartHop’s volume of drivers, it can change that. Additionally, they’ll be offering to factor invoices, so drivers can sell a 45-day invoice and get paid within just 24 hours by SmartHop. “Because we have so much data, we become the ultimate underwriter so I’m able to underwrite in advance, and much smarter,” said Garcia.