In 1992, Nintendo released Mario Paint. The SNES title was a strange departure, even as far as the diverse and wide-ranging gameplay of Mario’s world goes. For one thing, it shipped with a mouse, perhaps the unsexiest of all Nintendo peripherals.

For another, it was far more focused on creation than gameplay — drawing, music, animation.
The title provided a cursory glimpse at the creation side of gaming, and for a generation of young players, a taste of what it might be like to build a game themselves.

2015’s Super Mario Maker was a spiritual sequel of a kind. Released on the Wii U (then later, mercifully, the 3DS), the title was a more straightforward take on Mario world building. Released on the 30th anniversary of the original Super Mario Bros., it played on the company’s biggest strength: offering a new spin on a familiar franchise. 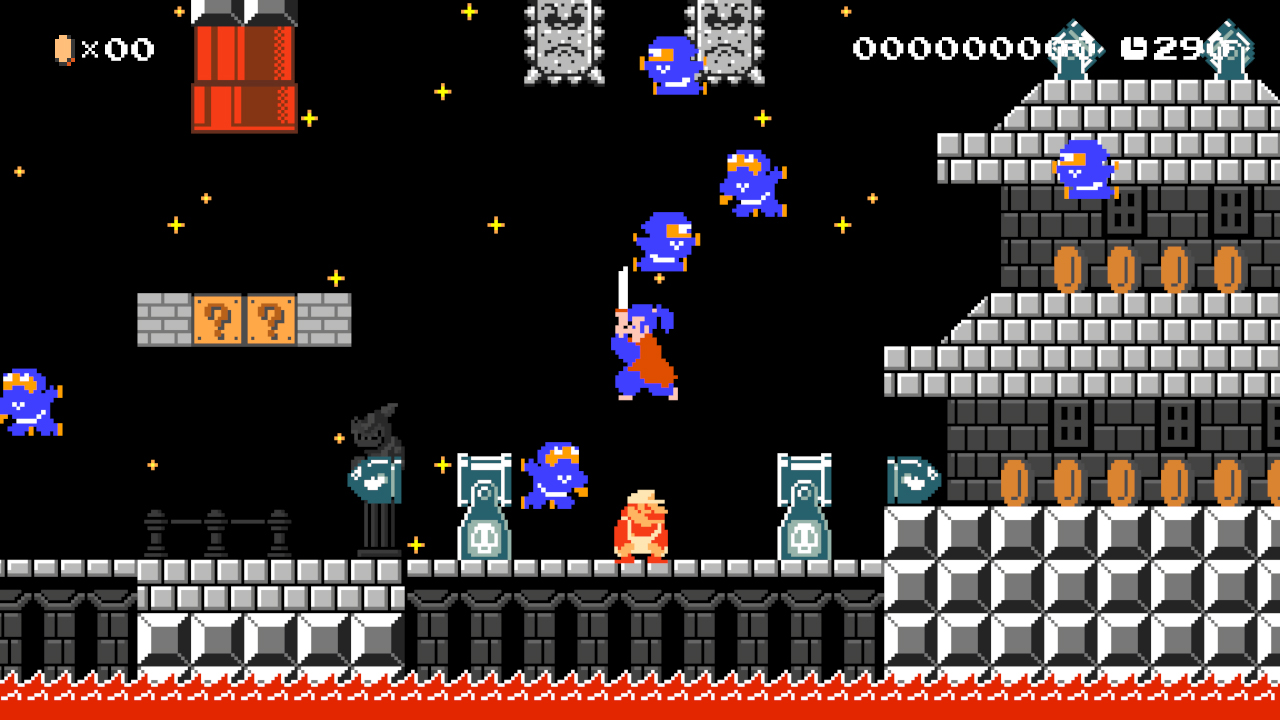 As the name implies, Super Mario Maker is a more direct sequel to its predecessor. It’s a broadening of the Wii U title in just about every aspect imaginable. In fact, Nintendo’s been happily teasing it out, block by block in recent months — and likely will continue the approach until the game finally arrives on the Switch on June 28. It’s a similar approach to the one it took with Super Smash Bros., only Maker is far more concerned with features and gameplay dynamics than hidden characters.

Playing the title at a Nintendo-hosted event last week, I was fairly impressed with the game play out of the box. The mechanics of world building can be tough to master with the Switch controllers provided, requiring players to scroll through a lot and memorize some less than intuitive button combinations to build courses. Though you should be pretty comfortably up and running within about five minutes or so. 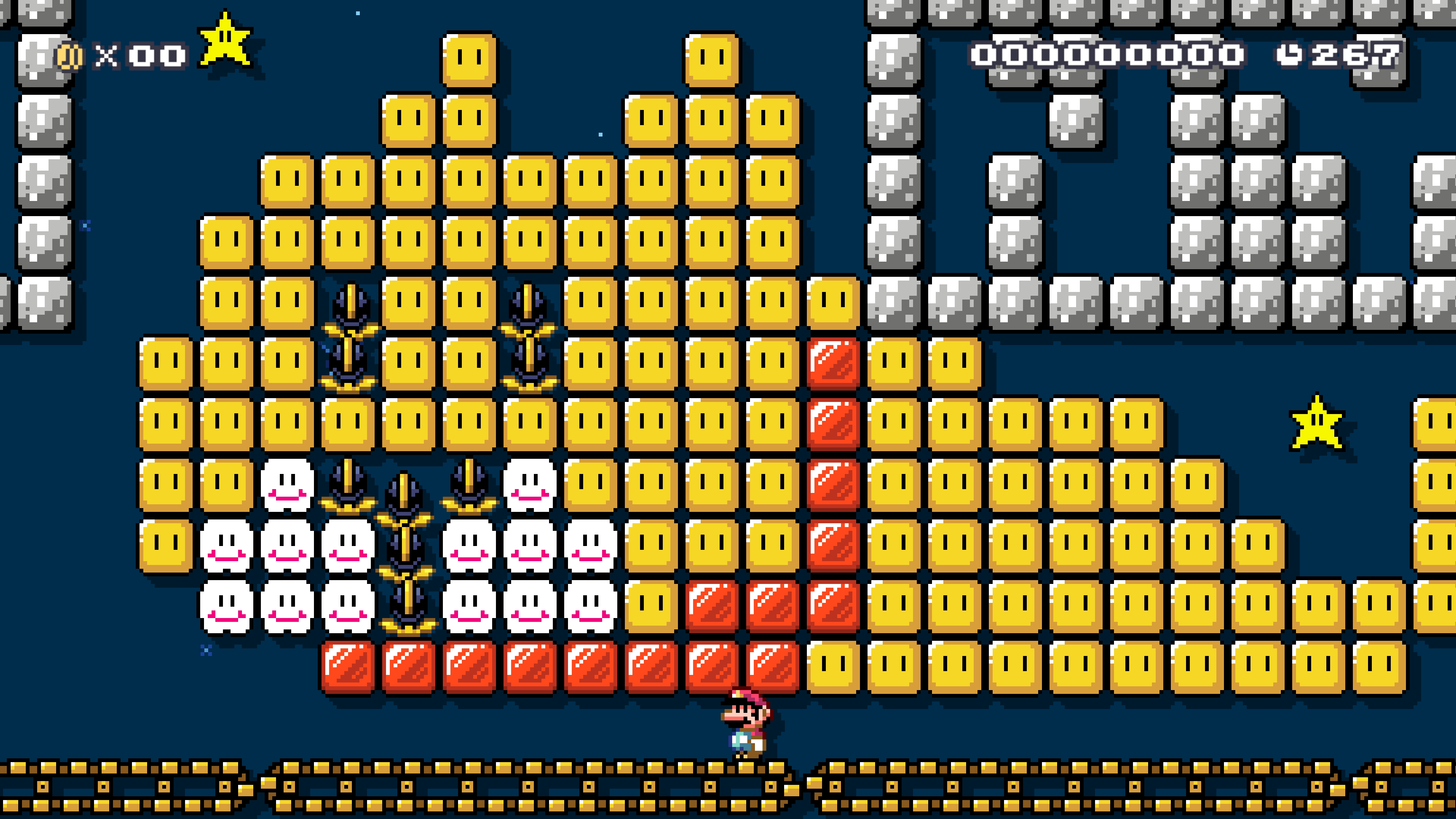 Where the title really succeeds is in the sheer depth of gameplay. In the days of $1 smartphone games, $70 can seem like a tough pill to swallow, but as with just about every other Mario title, Maker 2 is an immensely replayable game. The new story mode lets the player hop in with 100 Nintendo-designed levels, or you can simply sample what others have been working on, competing on a world-wide stage on third-party creations. 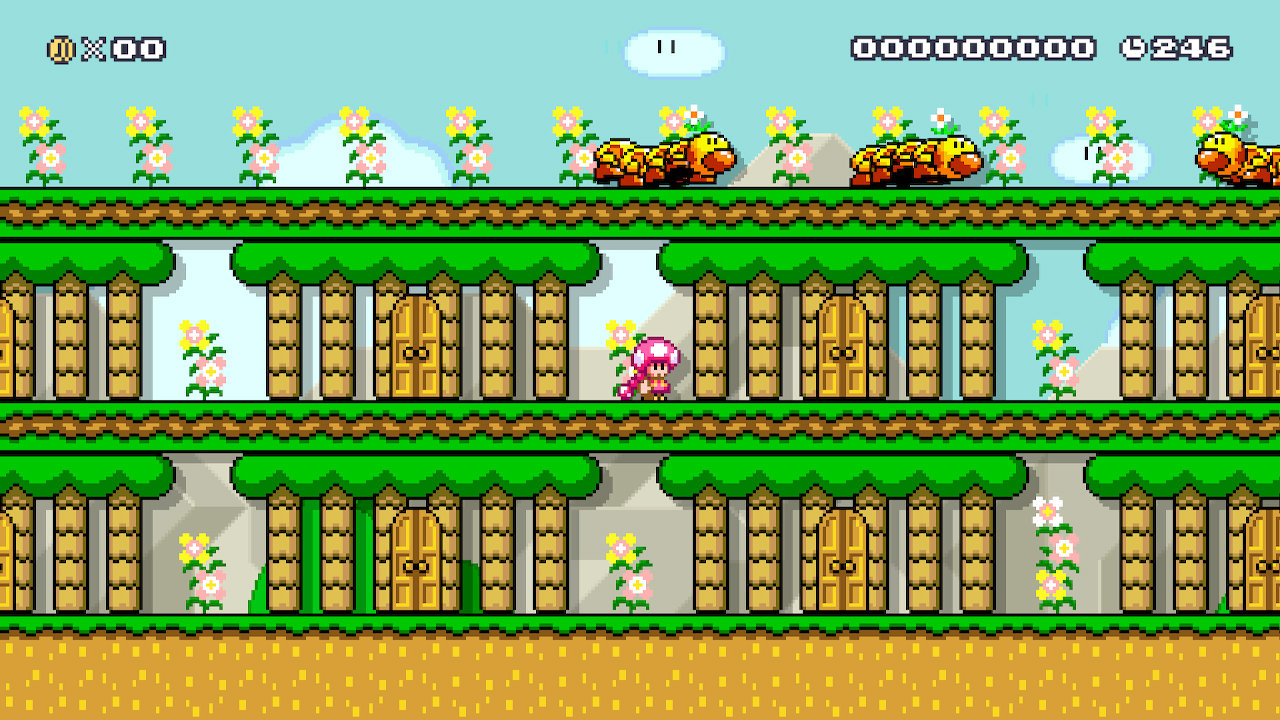 For this old and old-school Nintendo player, most were familiar and some were new — the cat suit and pneumatic glass pipes from Super Mario 3D World in particular took some getting used to. As did the team mechanics of the multiplayer mode, which finds Mario, Luigi, Toad and Toadette teaming up to get through the levels in one piece.

I enjoyed the hour or two I had with the game, but ultimately it only felt like scratching the surface.