For a long time, it was the norm for founders to haul their hardware to the 3000 block of Sand Hill Road, where the venture capitalists of “Silicon Valley” would be awaiting their pitches. Today, many of the investors that touted the exclusivity of “The Valley” have moved north to San Francisco, where they have better access to top entrepreneurs.

Y Combinator, a Silicon Valley institution and to many the lifeblood of the startups and venture capital ecosystem, is the latest to pack up shop. YC, which invests $150,000 for 7 percent equity in a few hundred startups per year, is currently searching for a space in SF to operate its accelerator program, sources close to YC confirm to TechCrunch, because the majority of YC’s employees and its portfolio founders reside in the city.

Founded in 2005, YC’s roots are in Mountain View, California. In its first four years, YC offered programs in Cambridge, Massachusetts and Mountain View before opting in 2009 to focus exclusively on The Valley. In late 2013, as more and more of its partners and portfolio companies were establishing themselves in SF, YC opened a satellite office in the city in what would be the beginning of its journey northbound. 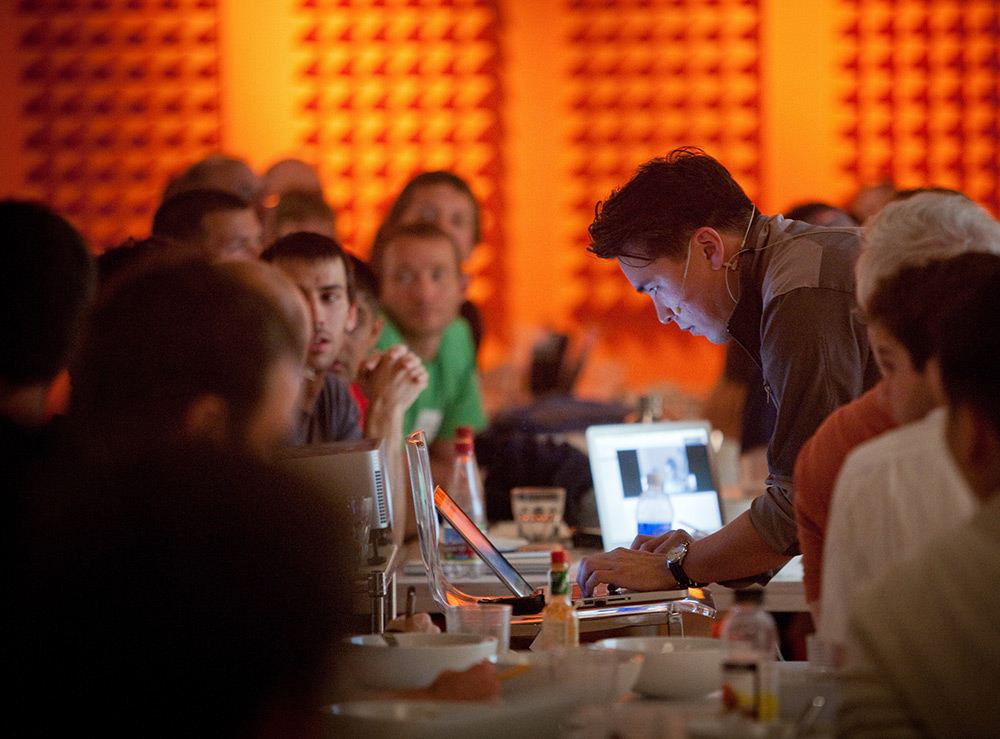 The small satellite office, used to support SF-based staff and provide portfolio companies resources and workspace, is located in Union Square. The fate of YC’s Mountain View office is unclear.

YC’s move north will be the latest in a series of small changes that, together, point to a new era for the accelerator. Approaching its 15th birthday, YC announced in September it was changing up the way it invests. No longer would it seed startups with $120,000 for 7 percent equity, it would give startups an additional 30,000 to cover the expenses of getting a business off the ground and it would admit a whole lot more companies.

YC began mentoring its largest cohort of companies to date in late 2018. The astonishing 200-plus group in its winter 2019 batch is more than 50 percent larger than the 132-team cohort that graduated in spring 2018. To accommodate the truly gigantic group at YC Demo Days later this month (March 18 and 19), YC has moved to a new venue, SF’s Pier 48. Historically, YC Demo Days were hosted at the Computer History Museum near its home in Mountain View.

YC has also ditched “Investor Day,” which is typically an opportunity for investors to schedule meetings with startups that just completed the accelerator program. YC writes that the decision came “after analyzing its effectiveness.” On top of that, rumors suggest YC is planning to put an end to Demo Days. Other accelerators, AngelPad for example, put a stop to the tradition last year after realizing demo day was more of a stress to startup founders than a resource. Sources close to YC, however, tell TechCrunch these rumors are categorically false.

YC isn’t the first accelerator to ditch its Silicon Valley digs. 500 Startups, a smaller yet still prolific accelerator, opened an SF satellite office the same year as YC, and in 2018, the nine-year-old program made the decision to permanently relocate to SF. Venture capital firms, too, have realized the opportunities are larger in SF than on Sand Hill Road.

The transition from the peninsula to the city began around 2012, when VC heavyweights like Uber and Twitter-backer Benchmark opened an office in SF’s mid-market neighborhood. Months later, 47-year-old Kleiner Perkins, an investor in Stripe and DoorDash, opened the doors to its new workplace in SF’s South Park neighborhood.

Around that same time a whole bunch of firms followed suit: Shasta Ventures, Norwest Venture Partners, Accel, GV, General Catalyst and NEA opened SF shops, to name a few. Many of these firms, Benchmark, Kleiner and Accel, for example, held onto their Silicon Valley locations. Firms like True Ventures and Peter Thiel’s Founders Fund planted stakes in SF years prior. Both firms have operated SF offices since 2005; True Ventures, for its part, has managed a Palo Alto office from the get-go, as well.

“When we first started, it was [expected] that it would be maybe 60-40 Peninsula to the city; it’s actually turned out to be 80-20 SF to The Valley,” True Ventures co-founder Phil Black told TechCrunch. “For us, it was important to be near our customer: the founder. It’s important for us to be in and around where founders are doing their things.”

The transition out of The Valley is ongoing. Other VC funds are still in the process of opening their first SF offices as more partners beg for shorter commutes. Khosla Ventures, for example, is currently searching for an SF headquarters.

Silicon Valley real estate will likely remain a hot — or warm, at least — commodity, however. Why? Because long-time investors have lives established in that part of the bay, where they’ve built homes in well-kept, affluent cities like Woodside, Atherton and Los Altos.

Still, Y Combinator’s move highlights an increasingly adopted mantra: Silicon Valley isn’t the goldmine it used to be. For the best deals and greatest access to entrepreneurs, SF takes the cake — for now, that is. But with rising rents and a changing attitude toward geographically diverse founders, how long SF will remain the destination for top talent is an entirely different question.