A cute, robotic language tutor called Musio, has made it from crowdfunding campaign to full-fledged product with a debut in stores this week in Japan. Priced at JPY 98,000 (about US $900), Musio is now sold online through SoftBank’s marketplace and Amazon Japan, and through a handful of brick-and-mortars stores.

Musio’s parent company, AI venture AKA Study, is the latest startup from Raymond Jung, a co-founder of the massively successful test-prep venture, Hackers Education Group, in South Korea. AKA employs about 50 full-time today, with most in Seoul, and a small office in Santa Monica, Calif. Technically, the company is headquartered in the U.S., but it’s not making any consumer electronics for the American market yet.

TechCrunch asked Jung why he considers AKA’s Musio a robot since it is not ambulatory, and doesn’t do any lifting. “We put a motor system in there. If you need a dynamic part, you can add it in the future,” the CEO explained. The company is planning for the next generation of Musio robots to be able to walk or point with their arms and legs.

Today, Musio engages users in small talk, answers their trivia questions in a personable tone, admits when it doesn’t know something and can correct a user’s grammar. The robot works in conjunction with curriculum, including printed books and games, developed by educational publisher Gakken, that are purchased separately or as part of a premium Musio package.

Musio’s face and heart are touchscreens. They show a range of expressions, meant to endear users. The animated eyes and heart are not a feature unique to Musio. Other social robots like EMYS, and ROOBO’s Domgy have animated, emotive eyes. And Aldebaran’s humanoid Pepper robot displays animations on a tablet on its chest, and through its eyes. But users can also use the screens on Musio’s face and heart to navigate different menus.

AI giants like Apple, Amazon, Baidu, Google, IBM and Tencent make plenty of their technology available to developers who want to offer voice control, natural language processing or emotional intelligence as part of their apps or hardware. But AKA is developing a range of proprietary AI engines. These allow the company and its Musio robot to recognize and remember a particular user, build rapport with them over time and reference past conversations.

This kind of machine learning also enables Musio to identify where learners need help advancing their language skills. For example, if Musio recalls that a user previously got questions wrong around a vocabulary module involving dinosaurs, it can suggest a review of that material with a user when they next chat.

Jung explained, “Musio will also answer your questions, but our competitive advantage is conversing with you naturally.” When a user asks Musio a question, its answers sound more like a friend responding than a read-out of a top search result. 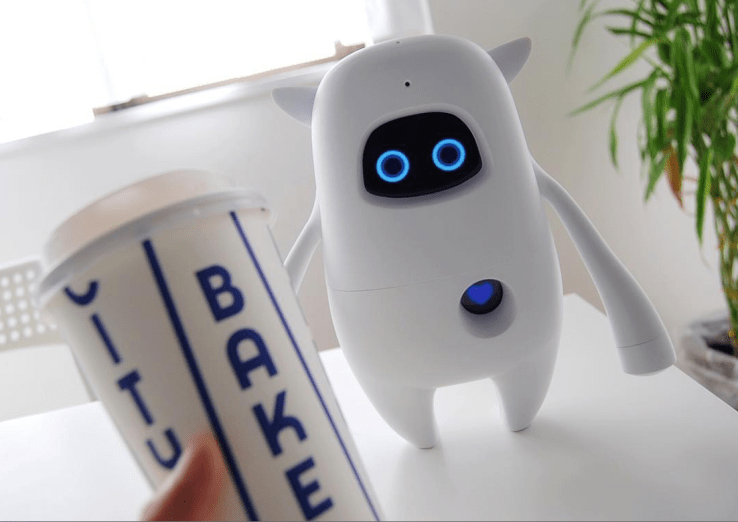 Musio is a portable, social robot made by AKA Study.

Jung’s grand vision is to develop Musio, and other AI-powered devices and apps, for use beyond education. For example, Jung envisions Musio evolving into a “companion,” that can help the elderly stay socially connected and live a healthy, independent life. He said there’s great demand for social robots in Japan, which is one reason his company has focused on that market. The CEO also said automotive companies have expressed interest in the company’s MUSE platform to add friendly interactivity to their driver interfaces.

Now that Musio is out in stores, AKA Study also plans to make its proprietary AI engines accessible to other developers who find systems like Apple’s Siri or Amazon’s Alexa lacking a certain personable quality.

So far, AKA Study has raised $10.7 million in seed and Series A funding. Formation 8 led its Series A round, and SV Angel founder David Lee was the company’s earliest angel investor. Additional firms backing AKA and the Musio brand include Japanese education conglomerate Gakken, LG UPlus, the private equity fund DS in Korea and the co-founders of the gaming company Nexon.