Jasper Kuria Contributor
Jasper Kuria is the managing partner of CRO consultancy The Conversion Wizards and is the founder of Capital & Growth, an e-commerce education site.
More posts by this contributor

Let’s start with a bit of background. How did you get into angel investing?

I was one of the early folks at eBay and by 1999 it was completely overrun by consultants from McKinsey, Bain and BCG. It went from being a cool fun startup to an MBA factory. Angel investing was an outlet for me to hang out with people I liked– startup founders doing crazy stuff!

Where did you get the money to do angel investing?

I was lucky enough to have made some money from eBay, but in the early days I would negotiate to invest as little as I could– $5,000 to $10,000 at a time when CEOs didn’t want to take less than $25,000. I did this to gain experience and meet people, not because I thought I was going to make money.

You’ve said you chose to be an angel and not a VC because angel investing is about enthusiasts helping fellow entrepreneurs succeed rather than professional financiers whose primary goal is to line their own pockets and grow the endowments of Harvard and Princeton [1]. Can you expound on that? Prolific angels like yourself seem to invest in the same companies as VCs.

God knows, I’ve talked to hundreds of angel investors and money is usually low on their list. They invest because they want to give back, are excited about the company or personally like the CEO. Sometimes they do it to learn to be a professional investor. There are lot of ways people get non-economic payback–learning, networking and relationships. These drive most angels more than the money.

The result is we back things that VCs won’t touch. For instance, we invested in Cruise, a self-driving kit you install in your Audi when everyone thought it was crazy. “Who is going to use an unsafe amateur self-driving kit with no manufacturing partners?” they asked. It turns out the company exited for over $1 billion!

We also invested in a company that is reinventing furniture design, rather than just software companies.

Would you say you can do that because you don’t have the same pressures on the kinds of returns you need to generate?

I don’t think that’s why. It’s because our group (the 4,000 angels who back us) have a more diverse set of interests than a bunch of Harvard MBAs.  They’re interested in taking risks on a different set of things. We’ll find out in a few years which of those things were good.

You’ve talked about this helping aspect that angels are more passionate about than VCs. But in the past you’ve also said that one of the key lessons you’ve learned about investing is how little control you have over the outcome. Most investors say they add lots of value can contribute to the company’s success beyond writing a check. Would you say they are delusional?

I would say they are really good at marketing. They say this because they want you to pick their VC firm, but the reality is most companies succeed or fail because of the founders and the market timing. I’ve never seen a VC take over a company and help fix it.  Sure, they have input because they’re your boss and are proud that they get to boss you around!

You don’t seem to love VCs but have said you greatly admire Reid Hoffman. Are there other VCs you admire?

Reid offers a ton of practical advice and a fantastic network. David Hornik at August Capital is one of the nicest people I’ve ever met and one of my favorite investors. I have never heard either take credit for an entrepreneur’s success. 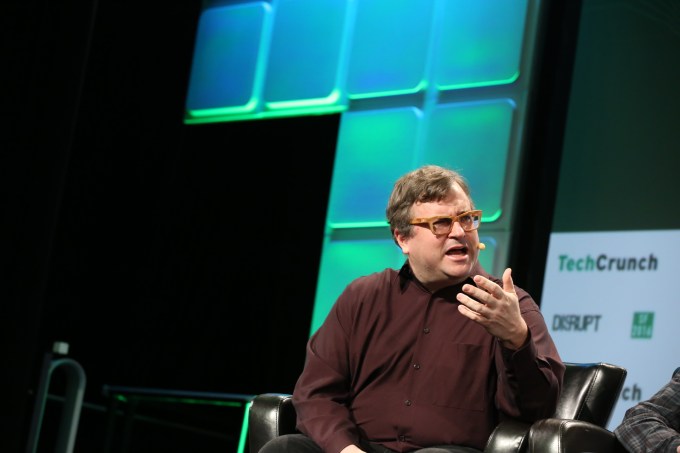 What are other lessons you’ve learned about investing? Feel free to talk about mistakes or even your anti-portfolio i.e. companies you passed on but later became successful.

We passed on Postmates and Instacart. Those are probably my two favorite oopses.

Again, I think people underestimate how much the market, timing and luck matter.  I have an old saying, if you walk around in the rain a lot it doesn’t mean you’ll get hit by lightning. But if you stay home, you definitely won’t be. A lot of it is being agile enough to take advantage of the luck when it happens.  Classic investor questions we ask are “What’s changed? Why do this now? Why did it fail five years ago?”

A mistake I’ve made is investing in my idea rather than the entrepreneur’s. Sometimes I’m excited about an idea that is similar to the entrepreneur’s idea – but not the same.  A smart entrepreneur will convince me it is the same, until I write a check!

I’ve also learned that I am not as smart as I think I am.

Speaking of luck and timing, some would explain it as the founder’s genius in discerning emerging and intersecting trends and then building precisely the kind of company that capitalizes on them. Steve Jobs, who transformed several industries, is the classic example. What do you think of this view?

There may be some truth to that but often the founder is doing something and the real opportunity is five degrees away. Something small has changed and it turns out giving software away for free and making money selling insurance is a genius idea, where last week selling software was the right idea.

It’s about launching your product and then finding the right combination of things that the market is ready for. How many mobile app companies were doing WAP and WHTML in the late 90’s? They thought mobile would be big and they were right, but were just off by ten years!

What are three things that turn you off when an entrepreneur pitches to you?

You mentioned getting caught up in stories that are not entirely true. There is basic ethics and then there is what some might call a ‘reality distortion field’. For example, when Nike’s founder Phil Knight met Mr. Onitsuka to negotiate a distribution deal for Tiger Shoes he said, “I represent the Blue Ribbon Sports company,” the forerunner of Nike. The company didn’t yet exist but he had to say that to get the deal. Are these the kinds of things you are talking about or would they be more blatant? Where do you draw the line?

I wish I knew but it’s like the old joke about a judge and pornography, “You know it when you see it.” I can’t define what’s hyperbole and what’s lying. You just sort of know when you see it.

You are the top ranked angel on AngelList and have the largest syndicate. How did you go about building it?

When AngelList launched syndicates, most of the people with the tenure and track record I had decided to become VCs–Reid Hoffman, Josh Kopelman and Jeff Clavier, to name a few.  People trusted me because one of the only angels left, with a proven track record.

Now we have 25 syndicates where we partner with executives who look a lot like I did ten years ago. Whether it’s Jocelyn Goldfein, ex-VP of engineering at VMWare or  Merlin Kauffman the CEO of Soothe. We help these executives who are already angel investing become better and write bigger checks.

I’ve heard people like Mark Suster say that to be a successful investor, you need to have proprietary deal flow. With marketplaces like AngelList where the deals are public, that’s hard to do. How important is proprietary deal flow and what do you do to nurture your own?

Each of our 25 partners has their own unique relationships, networks and knowledge. That is a source of proprietary deal flow and competitive advantage.

AngelList has changed and our deals are now private. This allows the companies to share more information and those who back us get access to proprietary deals from several dozen syndicates.

Do you have any parting thoughts or advice for entrepreneurs?

Focus. It’s powerful to do just one thing and pour all your energy into it. You’ll get lots of advice but you should disregard most of it. Heaven knows, all sorts of people told me the thing I was doing on AngelList would never work! They said I should be more careful and build more infrastructure but I did it as fast and as simply as I could. This notion of an MVP (Minimum Viable Product) applies to investors as well.

Lastly, call us. If you are a serious entrepreneur we are here to help.