Satoshi Nakamoto, 2016 edition, might not be Craig Wright after all. Just a couple of days after claiming that he was the creator of bitcoin, the Australian entrepreneur updated his website with a note that says that he won’t share the proof that he’s Satoshi Nakamoto.

And Wright has been smart. He talked with journalists working for GQ, the BBC and The Economist, telling them he is Satoshi. Some of them were more skeptical than others. But a good old embargo that left crypto experts in the unknown was the best strategy. These headlines looked so great!

It didn’t take long before evidence against Wright’s claim piled up. None of what Wright said showed that he was Satoshi.

Everybody was asking for some irrefutable proof. And the good thing is that there’s an easy one. We already know one of Satoshi’s address. If someone can send bitcoins from this address, then it’s Satoshi.

But Wright doesn’t want to do it now. “But, as the events of this week unfolded and I prepared to publish the proof of access to the earliest keys, I broke,” he wrote. “I do not have the courage. I cannot.”

As you can see, Wright doesn’t take back his claim that he’s Satoshi. He just says that he doesn’t want to prove it. But let’s be honest, this sounds a lot like Wright isn’t Satoshi.

This story got quite ugly when Wright shared proofs in private with Gavin Andresen and Jon Matonis. These two influential members of the Bitcoin Foundation then publicly supported Wright’s theory.

So let’s give Wright a round of applause. It’s pretty impressive that he got to pretend that he was Satoshi Nakamoto for a few hours.

Too bad we didn’t get a car chase across Los Angeles like in 2014 — that was a fun Satoshi. After a dozen of different Satoshi theories, I think it’s fair to say that the next time you see a feature story on The Real Satoshi, chances are it’s not Satoshi. 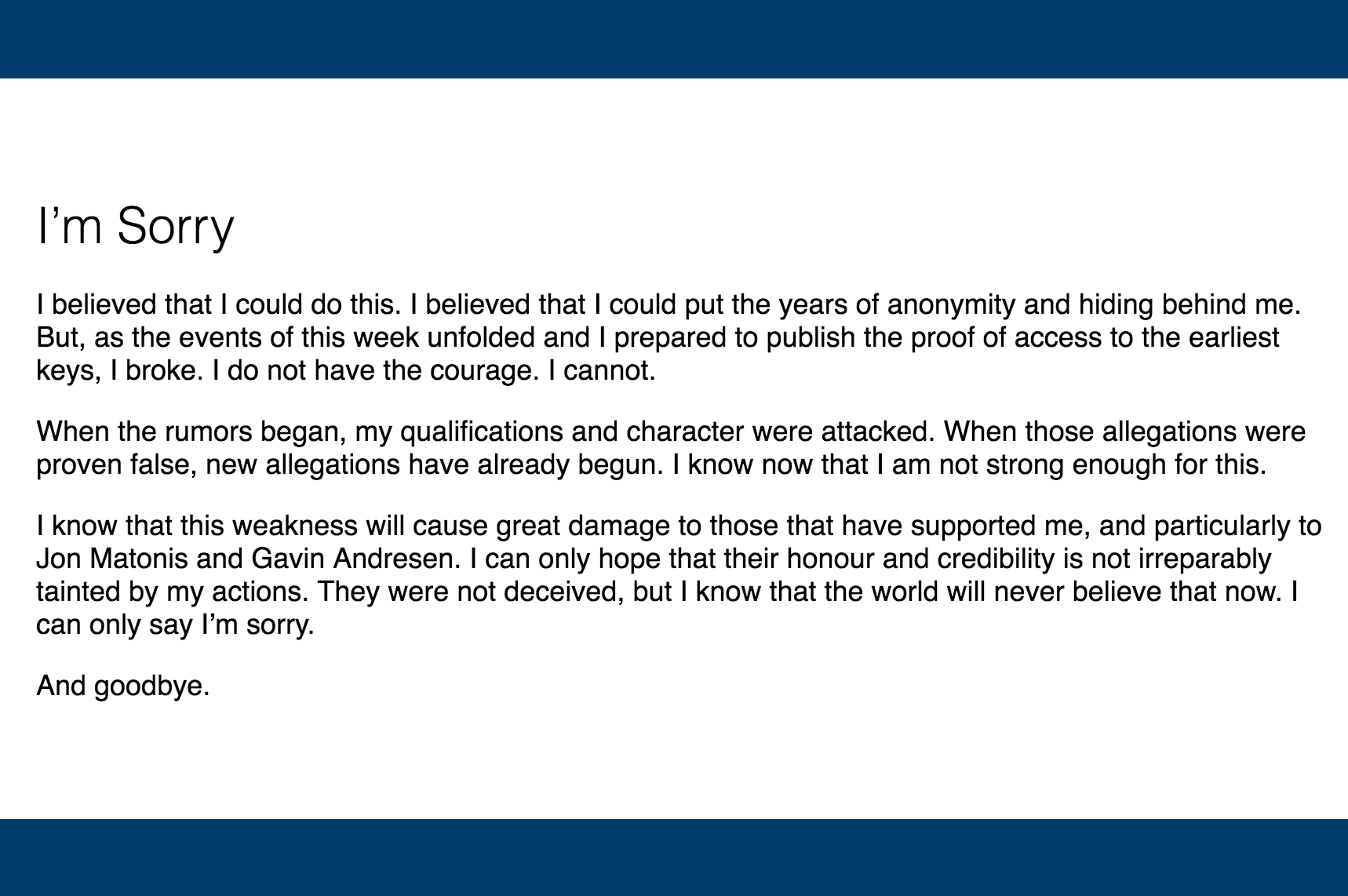