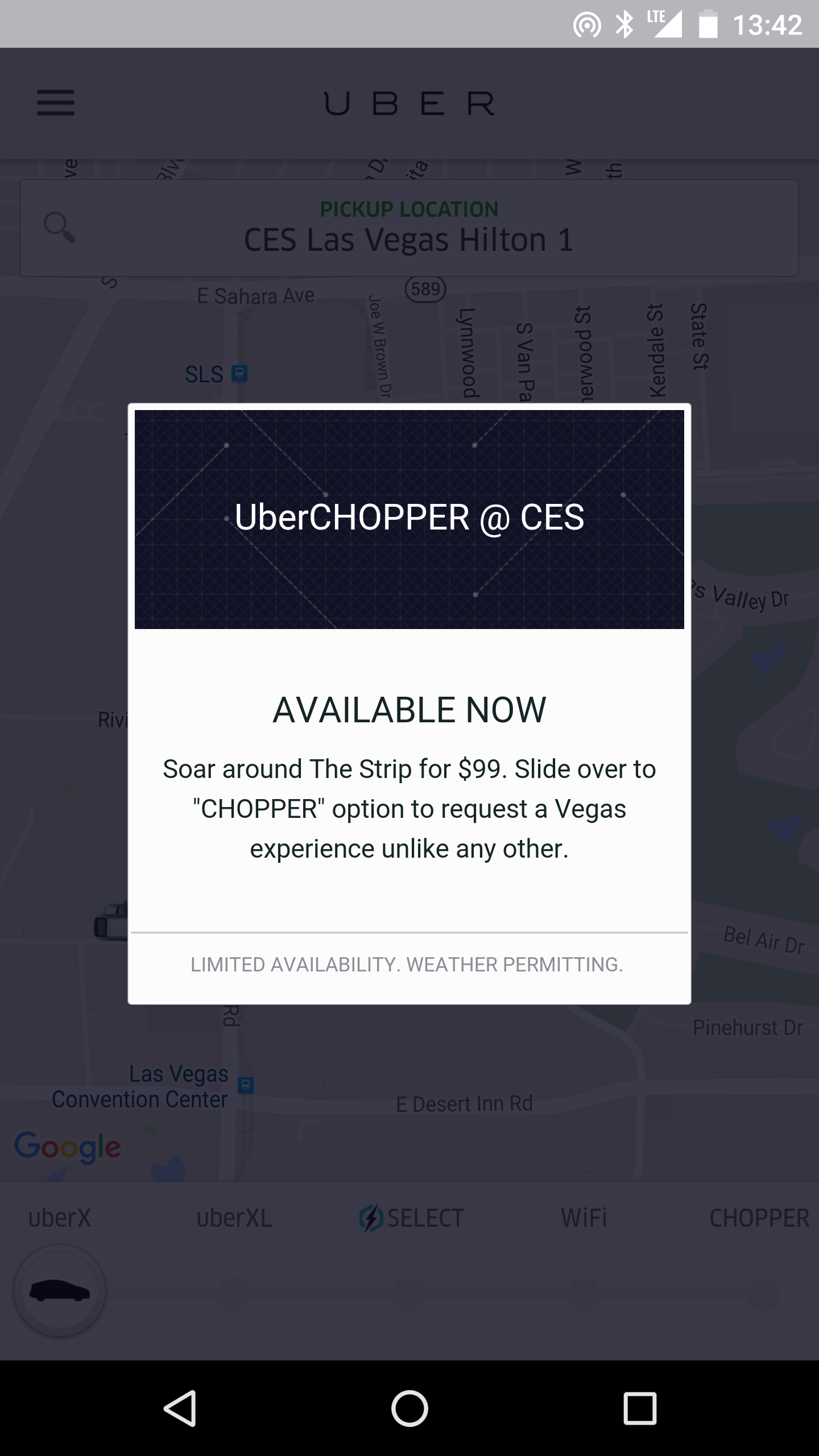 So this just happened. This afternoon, Uber activated its UberCHOPPER promotion in Vegas. Walking out of the GM keynote, I open up the Uber app to get a ride and up popped the $99 UberCHOPPER option.

A few Slacks later, our splendid editor-in-chief Matthew Panzarino (thanks Matthew!) approved the expense and off to the chopper I went, picking up our social media and audience development analyst Anna Escher on the way.

Matthew said we had to write a post, though, in case you are wondering why you are reading this…

So what do you get? Sadly it’s not a flight from the Convention Center to your hotel. Instead, Uber gives you a ride to a heliport near the McCarran Airport and you get to take a 15-minute helicopter sightseeing tour with Mavericks Helicopters over the city. We were the second party to grab one of these rides. Sitting in the heliport lobby after our ride, though, I’ve seen a few parties come through now.

Uber launched in Vegas four months ago and it’s clearly using CES to promote its business here. What better way to do that in a town like Vegas than with some discounted helicopter trips down the Vegas Strip?

There is some irony in the fact that Uber is now flying people around Vegas, given how much trouble it went through to ensure its drivers could pick up from the airport.

Being the geeks we are, we Periscoped most of it. You can watch all of the fun here (at least for the next 24 hours). And here is a quick YouTube video: