Salesforce has acquired MinHash, TechCrunch has learned. Salesforce confirmed to us that it has acquired the young startup based in Palo Alto co-founded by two data science engineers formerly with eBay and Avaya.

MinHash had developed an AI platform as well as a “personal assistant” called AILA to crawl to and from the many corners of the Internet, pull out relevant trends for marketers, and help them construct campaigns around those trends. Salesforce could be making this acquisition to build out its big-data analytics for marketers, but it isn’t sharing the details of what the MinHash team will be working on.

Financial terms of the deal are not being disclosed.

MinHash was a young company that had not raised more than a seed round — with its small group of investors including Raymie Stata, the ex-CTO of Yahoo, via the Start Smart Labs incubator co-founded by him, and Amit and Arihant Patni.

Still, with many marketers looking to tap into advances in big data analytics and machine learning to improve their work, MinHash was already working with five of the world’s largest online retailers to help them with marketing projects. A note on MinHash’s home page confirming the sale notes that customers will not be able to use the platform after January 21, 2016.

While the MinHash product may no longer work after that point, the company’s tech and team of four engineer employees — co-founders Jayesh Govindarajan and Naren Chittar, as well as Anuprit Kale and Edgar Velasco — are all coming over to Salesforce, where it looks like they may be rebuilding a version of the product to work there, as part of the company’s search and data science teams. 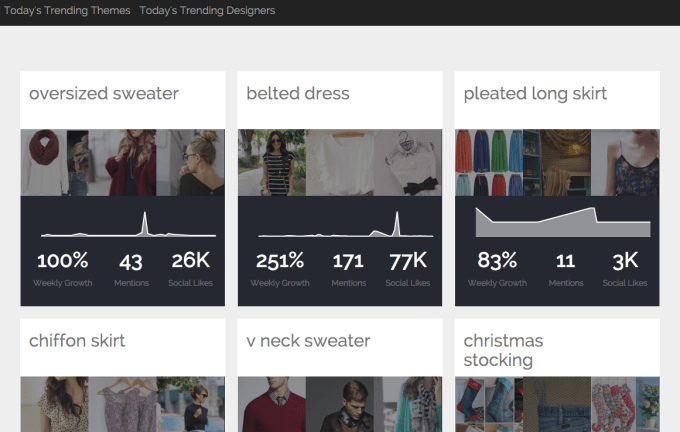 That could include features like tracking user behavior and creating interest graphs for particular audiences; clustering algorithms to target “lookalike” audiences; and scanning of sources surfacing trending keywords and other signals automatically and doing it with continuity with a company’s existing (and other company’s existing) campaigns and what ever other information that you feed to it.

Perhaps most eye-catchingly, MinHash’s team designed the whole product around AILA, its own AI-based character who customized everything based on the person using it.

“We’re excited to share the news that the MinHash team is joining Salesforce,” the note on MinHash’s site says. “At Salesforce, we will continue to pursue our passion for search, data science and machine learning on a much broader scale.”

We’ve reached out to Salesforce for more detail on the purchase beyond a generic statement from a spokesperson that simply said: “We can confirm the MinHash team is joining Salesforce.”

This is Salesforce’s 34th acquisition and follows several others in the wider area of big data analytics, including customer relationship platform RelateIQ for $390 million in 2014 and earlier this year, smart calendar startup Tempo AI.

Article updated to clarify that Salesforce has not confirmed what the MinHash team will be working on.