While Opera is best known for its browsers, the company has recently put quite a bit of effort into its Opera Max data-saving app for Android. The company started with helping users save bandwidth for image-heavy apps like Instagram and Facebook, but earlier this year, it also introduced support for saving data when streaming videos from services like YouTube. Today, it’s expanding the services feature set by introducing support for a limited number of music apps, too. 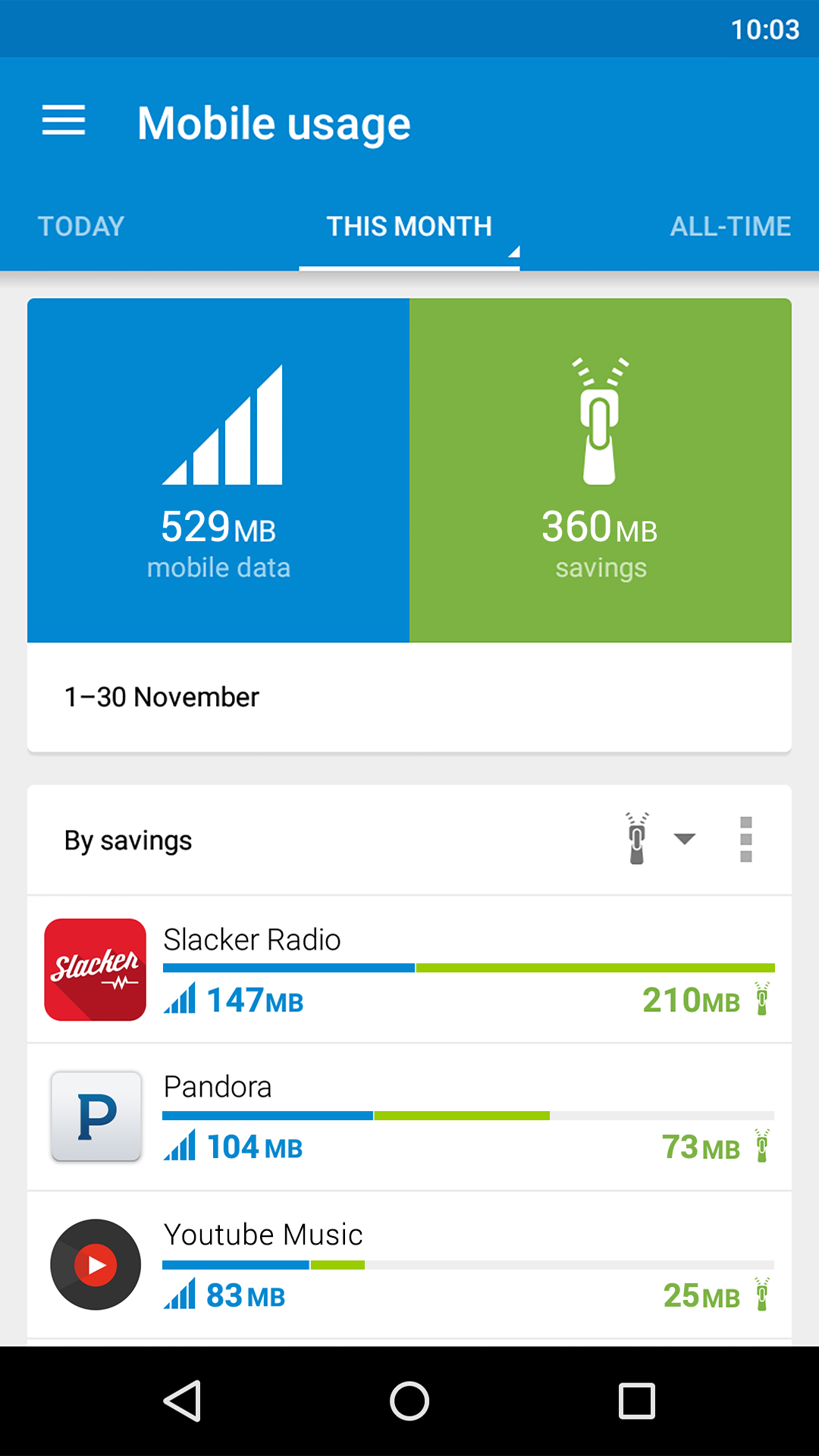 Opera Max promises that its latest version will allow users to save about 50 percent of the data they would usually use to stream music from YouTube Music, Pandora, Slacker Radio, Gaana and Saavn. The service that’s obviously missing here is Spotify, but if you’re a heavy user of one of the supported apps — and you don’t have an unlimited plan (or are on T-Mobile’s post-paid network), it’s probably worth a try.

Opera says it optimizes music streams using Rocket Optimizer — a data-optimization service Opera acquired when it bought Skyfire in 2013. It supports MP3 and MP4 streams and can convert them to the more efficient AAC+ codec.

Opera promises it will support other services in the future, too. “We keep fine tuning the streaming-audio-optimization technology in Opera Max, so people can save more data while enjoying good audio quality,” Opera product manager Sergey Lossev writes in today’s announcement. “Pandora, Slacker Radio, Gaana, Saavn, and YouTube Music are the first five apps that passed our quality-assurance test, but we will support more music-streaming apps in the near future.”