In addition to making it easier to pay at a merchant’s point of sale via NFC, the new system lets merchants integrate payments directly into their apps for selling physical goods and services using an Android Pay API rather than integrating a third-party provider like Venmo or PayPal.

To give Android Pay a shot at success, Google negotiated partnerships with the three major U.S. cellular carriers: AT&T, Verizon and T-Mobile. Those carriers will pre-install Android Pay on devices they sell running Android 4.4 “KitKat” or later with NFC built in. On devices running the new Android M operating system — which won’t be very many for some time, based on Android upgrade cycle history — users will also be able to quickly access and authorize Pay using native fingerprint support.

Google showed off some of the major retailers who will support Android Pay in the near-term: 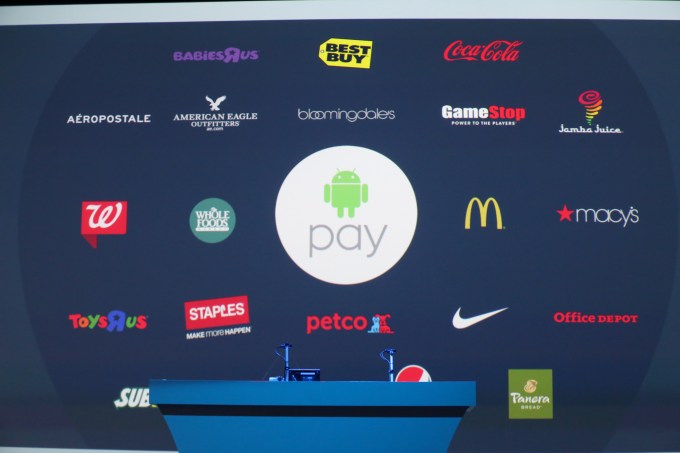 The three fans of Google Wallet reading this will be happy to hear that the app will still be around, though re-imagined as a peer-to-peer app for sending cash around between friends, much like the services I mentioned above.