Editor’s note: Nova Spivack is the co-founder and CEO of Bottlenose, an angel investor, and a noted technology futurist.

Cards are fast becoming the hot new design paradigm for mobile apps, but their importance goes far beyond mobile. Cards are modular, bite-sized content containers designed for easy consumption and interaction on small screens, but they are also a new metaphor for user-interaction that is spreading across all manner of other apps and content.

The concept of cards emerged from the stream — the short content notifications layer of the Internet — which has been evolving since the early days of RSS, Atom and social media.

Today cards are evolving the nature of the stream before our eyes. For example, Twitter is transforming itself into a network for sharing rich, interactive, media, commerce, advertising and analytics-enabled cards, and if Fabric is widely adopted, we may soon see an ecosystem here. But Twitter isn’t the only company with designs on building a walled garden for cards. Facebook isn’t that far off with Open Graph Custom Stories.

Cards are also starting to pop up in user interfaces for a wide range of mobile apps and even a new generation of enterprise SaaS apps such as Trello and Evernote to name a few.

There are several more competing formats for cards today in apps ranging from search engines and intelligent virtual assistants like Microsoft Bing and Cortana, Google and Google Now, and Apple Siri. There are even new content and media card authoring and distribution platforms like Wildcards, and Citia Cards that illustrate the power of cards for content publishers and brands.

We’re witnessing the early days of a mini-Cambrian explosion of competing apps and formats for cards. And just like similar Cambrian explosions around other formats in recent times, it will likely be followed by a consolidation and standardization phase.

It’s happened with every major new media type that has emerged.

Formats for email, calendars, contacts, images, videos, audio files, documents and even structured data records all started out with their own Cambrian explosions of interoperable competing formats, followed by consolidation on open standards. The standards of the web — particularly HTML —  also went through this same process as Netscape, Microsoft and the W3C fought it out.

Cards have all the makings of a new emerging medium. But cards don’t interoperate, yet. There is no standard for what a card is, how it renders, or what you can do with it. Each different breed of card only works in a specific proprietary app. This non-interoperability is a pain point that will create the need and opportunity for an open standard for cards to emerge.

The notion that any one company can or will succeed at controlling a new medium that everyone else will use, including their competitors, is an idea that has been proved wrong time and again. Publishers, retailers, advertisers, consumers and app developers will increasingly need a common open format.

The headache of supporting multiple different competing card formats will become painful enough that someone will solve it with a standard. Whoever does this first will have valuable first-mover advantages.

Any standard would need to find a common design language for layout and rendering card content. It would also need to provide conventions for how to address and route cards across different apps and platforms; find a way to connect cards into graphs and collections; create common APIs so that apps and cards can interact with each other; and finally provide a metadata syntax for describing cards, which formalizes their semantics (defining their type, relationships, authors, purpose, content, history, workflow state and commercial licenses and agreements).

It’s going to take work, and some sacrifice and business model evolution, for an open standard to emerge. But if and when it does, a range of next-generation uses and benefits of cards will be possible.

Standardized cards will function like a cross between a MIME attachment, a page of HTML and JavaScript and applet. They will be portable, interactive, programmatic content experiences. They will work across apps, which will open a new era of cross-app interoperability, enabling powerful new forms of sharing and productivity. 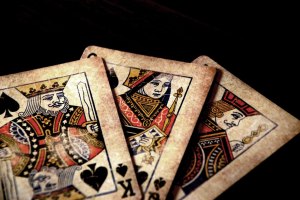 Card-aware apps will be able to send and receive cards, and they will host cards and render and run them locally for their users in a consistent manner. Cards will be the glue — a kind of data middleware — that will connect and integrate many different kinds of previously incompatible and disconnected apps.

Publishers will be able to put cards on their websites or embed them in app UIs, as well as encourage consumer to interact with collect and share them.

Brand marketers will be able to use social media dashboards like Hootsuite to compose cards that work consistently across multiple outlets (Twitter, Facebook, LinkedIn, and other apps). Marketers might even be able to distribute cards directly to consumers who opt in to receive them via their intelligent virtual assistants (IVAs).

For example, a marketer or brand could promote a card to a targeted set of relevant prospects by sending it to their Google Now, Cortana or Siri assistants, which in the future, might be able to function almost like butlers or admins. Their IVAs would pre-screen incoming cards for their users, deciding which to show when, how much priority they should have, and which to ignore.

Cards are small, portable and semantically rich. They contain information and self-describing meta-data. This is much better than the document web which is basically just UI code mixed in with some content.

Semantic metadata attached to cards, perhaps from Schema.org and Open Graph, or maybe even using the standards of the W3C Semantic Web, will enable apps to be really smart about understanding, filtering, targeting, displaying, sorting and suggesting cards to users.

Semantic cards will enable every app and search engine to search uniformly across cards, no matter where they were created. Whether messages flowing through social networks like Twitter, or notifications in apps like Google Now, standardized cards will help consumers get more signal and less noise, with less effort.

One might even imagine an open publish-and-subscribe ecosystem for exchanging, matching and sharing cards between apps and people. Anyone could publish cards to those with matching interests and subscribe to get cards that match their own.

Consumers could also benefit by having a single way to save and find the cards they care about for later. Jane could collect cards from different apps and networks into Evernote and annotate them, or she could store them in her own personal card file — a database of the things she wants to remember.

Who Is Best-Positioned to Lead?

An open standard for cards should and probably will happen sooner or later. And whoever leads it will be in an advantaged position. Companies like Twitter, Google, Facebook, Microsoft and Apple all have the ability to create an open standard for this new data structure.

Twitter has Twitter Cards, the most mature format for cards that behave like messages and ads; Google’s got Schema.org, Google.org and the Knowledge Graph, which are leading the charge of creating new cards, and Android gives the company an obvious mobile platform. Meanwhile Facebook — despite its open Graph — Microsoft, with cards for Cortana and Bing, and Apple have all lagged behind. Planting a flag through the creation of an open standard could give any of these giants a leg up.

Whoever defines the standard, the W3C is where it should live, just like HTML, logically belongs.

History has shown that consolidation and standardization around open formats is likely and ultimately better for all concerned. So why wait?

Instead of wasting a decade or more of time and money and causing everyone in the ecosystem unnecessary friction as they figure this out for themselves, the large incumbents could save everyone a lot of trouble and move the future closer by launching an open standard for cards. The first company to launch an open standard for cards could do an end-run around all their closed-minded competitors.

Not only would they benefit from defining and leading the standard, they would garner massive goodwill and branding, and they would be positioned right at the center of a new cards ecosystem where they could cherry-pick the best opportunities and reach scale first.

The next evolution of the Internet is just over the horizon: We need an open standard for cards.