New Arrested Development is here! Have you heard? I could probably fall back on an “Unless you’ve been living under a rock..” joke here, but I’m pretty sure they’ve got WiFi under rocks now. Rock people are quite well informed these days.

Anyway — if you’re just catching the first few episodes of the new season: Yeah, you saw what you think you saw. Yeah, it’s a gag. No, you’re not the only one that it confused.

Arrested Development is all about the inside jokes. It’s part of what makes it great, and so fun to rewatch. It’s meta jokes all the way down. This time, though, the writers went a lil’ too deep down the rabbit hole for some of the folks back at home.

About 10 minutes after midnight (when the new season went live on Netflix), the Intertrons started buzzing with mentions of a faint watermark that had seemingly snuck its way into a bunch of scenes in the new season.

“SHOW STEALER PRO TRIAL VERSION”, it read, sprawled across the screen in a way that almost certainly couldn’t be missed in editing. Right? I mean… could it? 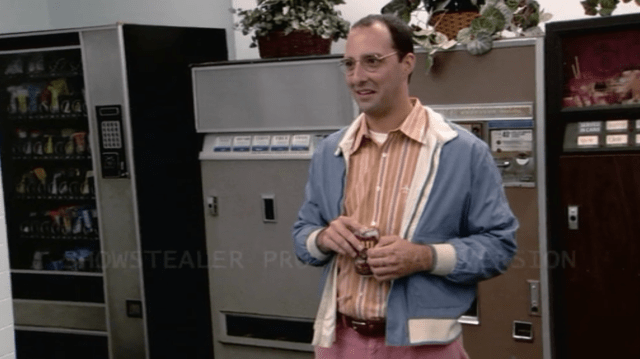 You see, that watermark only shows up in very specific scenes: the flashbacks. Whenever they needed to use clips from the first 3 seasons, up pops the watermark. Get it? Ehhhhhhh?

Still not gettin’ it? Fine, fine, I’ll be that guy: they’re joking that they couldn’t get the raw footage from the original seasons, so they had to use a screen-capture/video downloader program to rip it. Many of these apps will let you capture video for free, but will embed a big ol’ watermark on everything you rip until you cough up a few bucks. Add in the fact that Arrested Development wasn’t originally Netflix’s show to produce, and the joke starts to take on all sorts of clever little layers.

Edit note: We had cited a bunch of tweets here, but most of’em got deleted after a day or two. While the WordPress tweet embed system allows deleted tweets to remain embedded, that keeps their original author’s handle tied to it, and that seems… not-awesome. Instead, have a few anonymized quotes:

@arresteddev what is with this stupid show stealer pro trial version crap during flashback scenes of old episodes?

@netflix Show stealer pro “trial” version on fucking Arrested Development’s past clips? You were that cheap?

Excellently trolled played, Arrested Development writers. Confused tweets about the gag are still rearing up every minute or two.

Oh, and for the curious: Yeah, Show Stealer Pro is a real application. You can get the trial version right here.