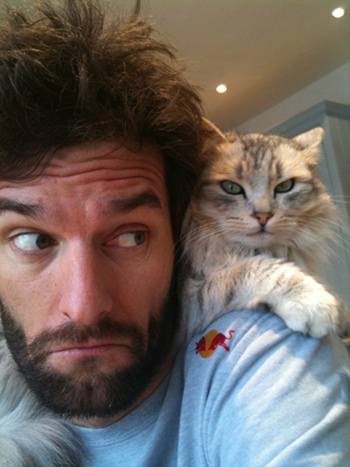 Red Bull Racing’s “number two driver,” Mark Webber, seen here with a cat, has just about had enough of technology ruining all the fun of Formula One racing. Several new systems have been put in place in many of the cars this year, but the systems go overboard with the technology, apparently. Not only that, but the reliance on all this technology may be distracting, as Webber says drivers ought to be 100 percent focused on the road, but now they’re practically being asked to jailbreak their car while trying not to veer off into the gravel.

The real negative was that we couldn’t just concentrate on driving. It’s just not enjoyable – pressing buttons, changing gear, pressing and holding.

One more driver hates it, and that’s Nico Rosberg, of Mercedes.

You push the button and the thing goes down at the back, so you feel the car get lighter and then you release the button again before the braking and you think: ‘Jeez, what if this thing hasn’t actually gone back to its old position?’ Then you’re off in a big way. It takes a bit of trusting.

Sounds like a nightmare, “push the button and this thing goes down at the back.” 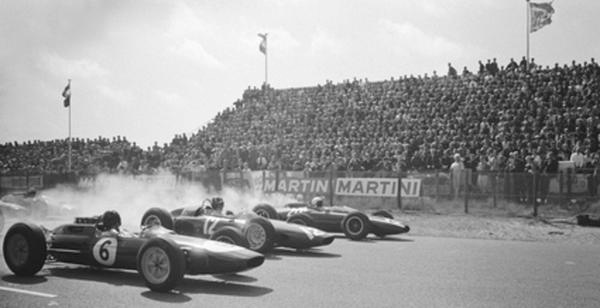 Maybe Formula One should go back to its routes, as seen here. Scarves and goggles all the way.