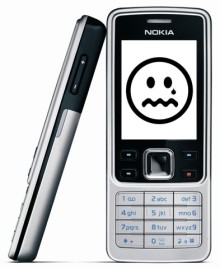 Although the market has more interesting phones and services than ever before, what with iPhone triumphant, Android ascendant, and data unlimited, the economic slump has curbed spending on what consumers perceive (probably correctly) as a luxury. For someone like moi, the newest smartphone is easily justifiable, but fewer people than expected, and probably even less next year, are making that same judgment.

I think we all understood this intuitively, but now it’s official — and big companies like Samsung are only going to really act once it’s official. So if “the downturn” somehow wasn’t official enough yet, at least now they’ve got their own rubber stamp on it.