Monte Carlo has returned to the capital well for the second time this year, adding $60 million to its accounts thanks to a new, ICONIQ Growth-led Series C. The company helps customers monitor their data inflows, finding issues and errors that could foul downstream data analysis.

The company raised a Series B earlier this year, a $25 million round led by GGV and Redpoint. Both Series B lead investors participated in Monte Carlo’s Series C, joined by Salesforce Ventures, a new investor in the company.

The company declined to share what it is now worth, but did tell TechCrunch that it is now worth 4x its previous valuation. Given that the company’s Series B likely sold for between 15% and 25% of the company, valuing it somewhere around the $100 million to $175 million range, we can infer a new valuation range of around $400 million to $700 million from its new investment. That’s back-of-the-envelope math, but it’s the best we can do. 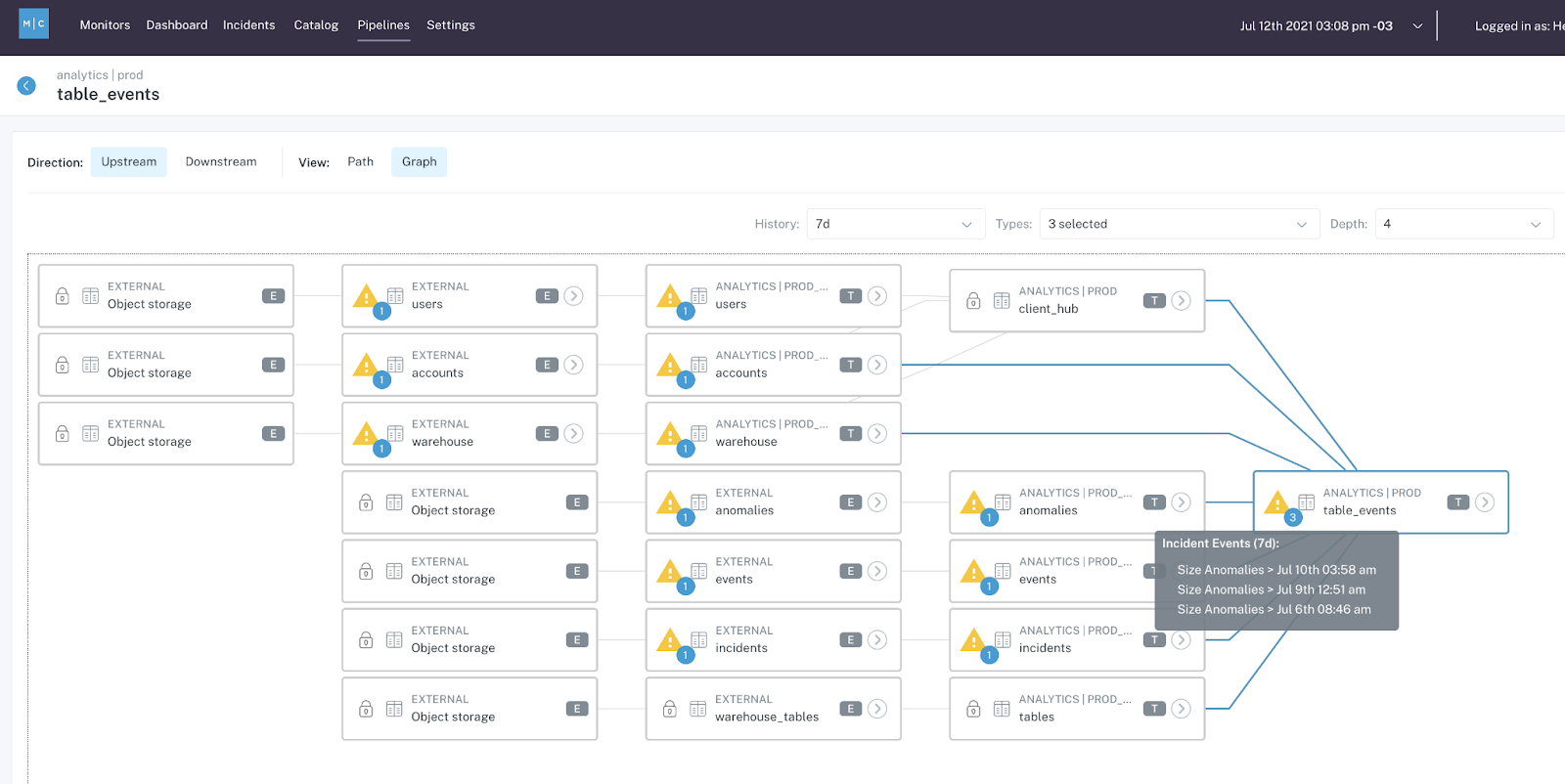 Image Credits: Monte Carlo. Shared because too often we cover enterprise software from a purely textual perspective. Here’s what it looks like!

In slightly more concrete terms, Monte Carlo told TechCrunch that it doubled its ARR in each of the last four quarters, or that it scaled its annual recurring revenue by around 8x from the one-year period between “summer 2020 [and] summer 2021.”

Given its growth rate, it’s not hard to see how the startup managed to put together another round of capital.

However, as is common with young tech companies raising rapid-fire rounds of capital these days, Monte Carlo did not need the money. According to Monte Carlo co-founder and CEO Barr Moses, she was on the receiving end of investor interest and still had the majority of her company’s Series B in the bank.

Monte Carlo has raised $101 million to date, and, given Moses’s comment, has north of $70 million in cash on hand.

Given the company’s dearth of impending cash-flow issues, we asked Moses why she raised more capital. She said that Monte Carlo is perceived as a market leader in its category and that she wants to build the biggest company that she can. Monte Carlo wants to pull on all available levers, she explained; with the new capital, it’s going to hire more folks, build more product, support more use cases and take on new markets.

The company’s market is growing in tandem with the larger world of big data and data-focused analysis. More simply, Monte Carlo sits upstream from data lakes and the analytical tools that data scientists use to extract insights from reams of information.

As TechCrunch noted at the time of the company’s Series B, by monitoring data ingestion for its customers, Monte Carlo can prevent crunched data from being skewed due to inbound issues. Its software can detect various divergences from historical patterns, for example, alerting customers to which of their inbound data sources could be providing faulty information.

If we think of data science as a steering wheel of sorts, data observability is the work of keeping the car’s windshield clear. That way when you steer, you aren’t accidentally driving in the wrong direction. Into a wall, for example. Sure, it’s not a perfect analogy, but it’s workable.

Widening our lens, Monte Carlo is a good example of the current startup fundraising market. When an upstart technology company can demonstrate rapid growth, investors are willing to fund it far in advance of its needs, hoping to secure a share of its future success as early as possible. This practice goes against old-fashioned venture capital thought, in which too much capital was believed to engender focus risks. Excess capital for investment has shaken up venture logic, or at least venture behavior.

Regardless, the market for analytical work in the data world has proved to be a simply massive market. Databricks’ latest valuation underscores that fact.

Monte Carlo is riding a similar wave. Expect to hear from the company again in early 2022 if it keeps its growth rate even close to what it managed in the last year.