If you’re considering making the jump to Google’s newly announced Pixel 3 and Pixel 3 XL, you’re in the right place. Whether you’re a Pixel 2 owner eyeing greener pastures or a bargain type hunting for a last-gen smartphone that’s still top of the line, comparing new and old is often useful.

On specs alone, the Pixel 3 shares most of its DNA with the Pixel 2, but there are a handful of meaningful differences, and they’re not all obvious. What is obvious: The Pixel 3’s AMOLED screen is now 5.5 inches compared to the Pixel 2’s 5-inch display. The Pixel 3 XL now offers a 6.3-inch display, up .3 inches from the Pixel 2 XL.

The Pixel 3 and Pixel 3 XL upgrade the Pixel 2’s processor slightly and add an additional front-facing camera for some of the device’s newest tricks. The primary camera also gets an under-the-hood upgrade to its visual co-processing chip, called Visual Core. The Visual Core chip update is what powers some of the new camera features that we’ll get into in just a bit. 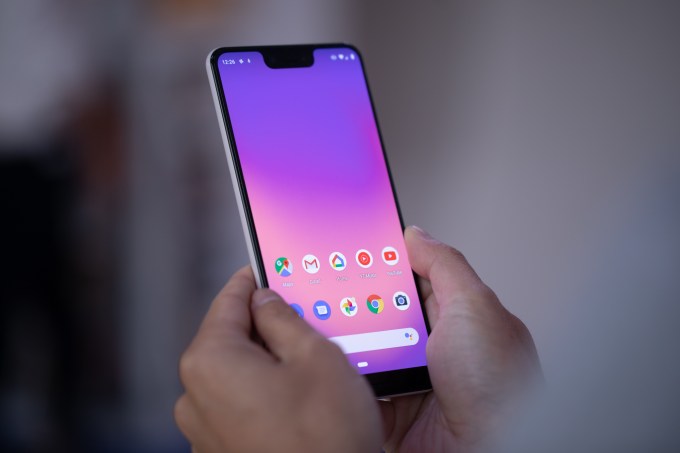 Beyond that, the hardware looks very similar for the most part, though the Pixel 3 and Pixel 3 XL do offer some changes in screen size, like we mentioned. Most noticeably, the Pixel 3 XL has an iPhone-like notch this time around, while the notchless Pixel 3 offers a reduced bezel but no edge-to-edge screen. 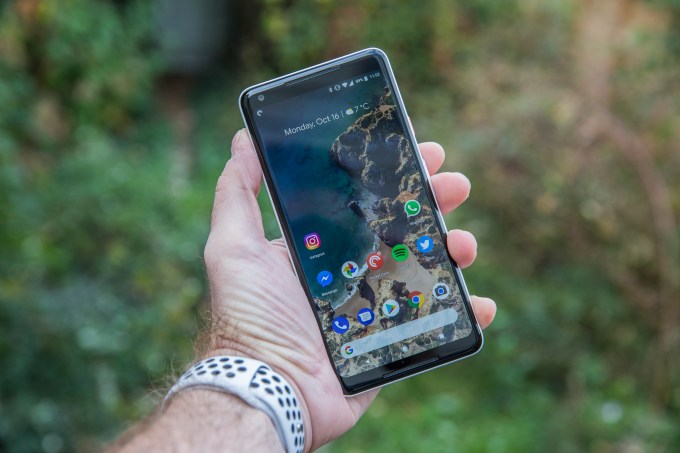 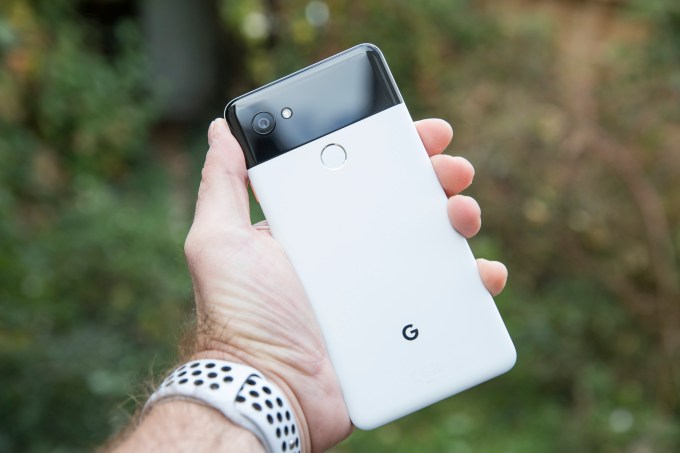 The black and white Pixel 2 XL

With the Pixel 3, Google has unified the color scheme across both sizes of device, offering “Just Black,” “Clearly White” with an eye-catching seafoam colored button and a very Apple-like “Not Pink” that comes with a coral-colored button.

Google’s Pixel 2 also came in black and white but also a muted greyish-blue color, which was cool. The Pixel 2 XL came in all black or black and white with a brightly colored power button, so we’re a little sad to see that color go. Google also noted in its launch event that the new phones feel more comfortable to hold, though we’d have to try that out with the Pixel 3 XL to see if that really holds true.

Like we said, if you’re not vehemently anti-notch, the hardware isn’t that different. The dual front-facing camera is the most substantial change. But since we’re talking about Google phones, what we’re really talking about is software — and when it comes to software, Google has held some substantial perks exclusive to the Pixel 3.

We spoke to Google to clarify which features won’t be coming to the Pixel 2, at least not yet: 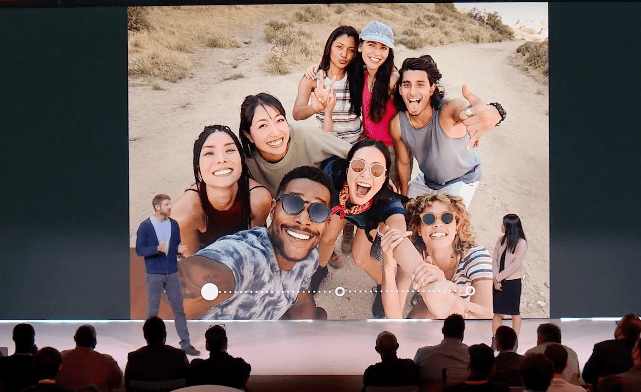 Thrift-minded shoppers and fairly content Pixel 2 owners fear not. There are plenty of new features that don’t rely on hardware improvements and will be coming to vintage Pixels. Those include Call Screen, Night Sight, Playground (the AR sticker thing) and Digital Wellbeing, already available in beta.

So, do you need to upgrade? Well, as always, that’s a very personal and often very nitpickily detail-oriented question. Are you dying for a slight but not unsubstantial bump in screen real estate? Does Google’s very solid lineup of cool new camera modes entice you? Is wireless charging an absolute dealmaker?

As for me, I’m perfectly happy with the Pixel 2 for now, but as someone who regularly takes front-facing photos with more than one human in them, that extra-wide group selfie mode does beckon. If I were still using a first-generation Pixel I’d be all over the Pixel 3, but my device has a ton of life left in it.

A Google spokesperson emphasized that as always with its flagship smartphone line, the company will “try to bring as many features as possible to existing phones so they keep getting better over time.”

The Pixel 2 is still one of the best smartphones ever made and it’s more affordable now than before. Even with last-gen hardware — often the best deal for smartphone shoppers — you can rest easy knowing that Google won’t abandon the Pixel 2.