VR’s quest to become the next dominant computing platform has hit a few bumps in the road lately. There’s no way around the fact that VR headset sales have been sluggish. I recently talked about how I saw VR’s “trough of disillusionment” coming in 2017.

Increasing adoption will require compelling VR experiences, which is why the major players are heavily investing in content. Facebook paid up to $3 billion for Oculus and will have spent $500 million on content for the platform, likely before the year’s end. Additionally, HTC allocated $100 million to spend on VR content with its Vive X fund.

These are vital contributions, but as yet insufficient to kickstart a market of monetizeable end user audiences. I believe that major augmented reality launches from Magic Leap or Apple will be needed to develop a real market where investors like me can invest in content and expect venture level returns.

Once that happens, I do believe gaming content will monetize well. As a passionate and profitable audience segment (of which I consider myself a part), we’re willing to part with disposable income for incremental immersion beyond that which our consoles and PC 2D games currently offer. I’m also bullish that non-headset-dependent augmented reality on mobile devices will be a monetizeable segment. For the purposes of this article, however, I want to focus on another market opportunity for content that I believe will be huge  –  mixed reality arcade experiences.

First off, what are mixed reality arcades? There is an important distinction to make. Compared to AR, whereby you can see the real world with virtual items overlaid, in mixed reality you see the virtual world with real world items, which are laden with LED trackers that cameras can track and bring into the VR world. Mixed reality arcades blend the physical and virtual worlds together, in controlled ways. Unlike VR arcades, such as IMAX’s recently opened VR center in Beverly Hills, MR arcades use real-world props and allow for more mobility through walking around a much larger space. 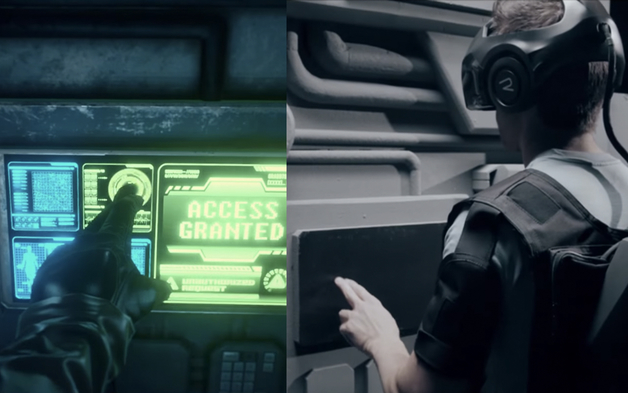 Growing up in Orlando, Florida, I remember some efforts at mass arcade theme parks and visiting DisneyQuest, which shuttered after only two locations (Orlando and Chicago). Perhaps it was due to the static entertainment experiences  —  i.e. not enough new, refreshed rides —  or perhaps it was because a lot of their unique VR/MR tech was just too early.

The state of immersive arcade experiences

My first experience of mixed reality arcades was The Void’s “Ghostbusters” movie tie-in at Madame Tussauds in New York last summer. Despite the NYC summer sun causing the backpack-worn-PCs to overheat and freeze the game early on, co-mingling in the same space as my friends and blasting malevolent spirits with my proton pack, all while actually walking a few hundred feet around a haunted building, was an amazingly immersive 10-minute experience. 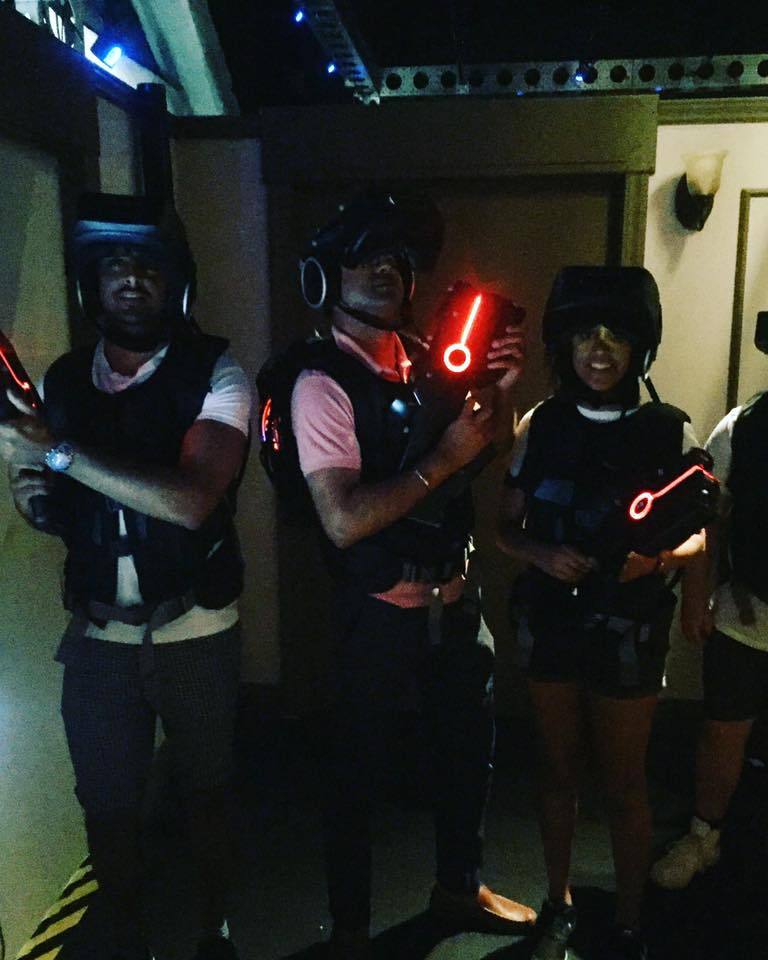 My cousins and I busting some ghosts

As a gamer, this left me salivating over all my dream applications for similar experiences. I want to play a Drifter VR shooter with my friends like a real game of laser tag in a big warehouse, and swing lightsabers against 8i holograms of Sith Lords after watching “Star Wars Episode VIII: The Last Jedi.”

The Void isn’t the only one powering these experiences. Similar technology is currently being utilized by Nomadic Labs, Zero Latency and Dreamscape Immersive. But mixed reality arcades are not widely accessible yet. For example, The Void has raised a lot of money from China’s Shanda Group, but has yet to roll out locations beyond its Utah HQ and NYC Ghostbusters “ride” at Madame Tussauds.

Perhaps it’s due to some specific challenges around what’s needed for mixed reality arcades to scale and succeed. As a capital-intensive business, I see three main obstacles that can make mixed reality arcades a challenging investment for early-stage VCs, but a great opportunity for China or mega-corps like Disney or Comcast. Let’s walk through them.

Intellectual property: Having access to relevant IP so you can “re-skin” the mixed reality “rides” without getting sued, and tie them in as part of an effective theatrical marketing campaign, for example, is important.

Imagine coming out of “The Last Jedi” this Christmas and walking through the lobby to swing a lightsaber and battle Kylo Ren “for real” in the mixed reality arcade on which Lucasfilm collaborated with The Void.

Or picture yourself attempting to escape a haunted house with Michael Myers chasing you after watching the “Halloween” reboot this October. You need media rights in order to make games/rides based upon said media, lest Disney/WB/Universal/etc. unleash their formidable legal squad upon you with the wrath of a thousand suns. 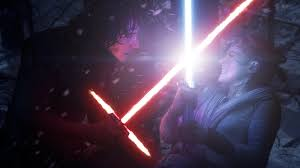 Imagine testing your lightsaber skills against this guy

Real estate: As interactive experiences, you need a place to put these rides and rigs. And it can’t just be anywhere — it needs to be somewhere there’s sufficient foot traffic and in a convenient enough location that you can ensure sufficient customer throughput to make the arcade’s business model work (i.e. pay per experience).

The obvious, but perhaps best-suited, placement for a mixed reality location-based experience is in movie theater lobbies, as  there are cineplexes in most cities and folks have reason to go there regularly. Theaters would likely be willing partners as they look for ways to bring back audiences, which are increasingly staying home. 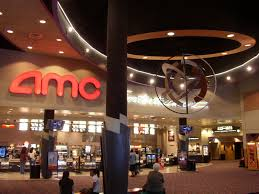 Time to put all that extra space to good use

Mechanical engineering: You need highly skilled folks to repair hardware malfunctions or troubleshoot software glitches to ensure smooth customer experiences. This function simply cannot be served by movie theater staff who would otherwise be serving popcorn and Big Gulp ICEEs. It takes some serious engineers to solve these problems, on site, as they occur —  lest you have downtime in your arcades. But, as any theme park or arcade operator knows, venue-throughput is the bread and butter of one’s bottom line, and ride downtime represents lost revenue.

As I teased before, when I was trying The Void in NYC, it was amidst the summer heat and the “proton pack” wearable PCs overheated. I got a hilarious explanation from a  Madame Tussauds employee, who said, “Yeah, uhhh, sometimes they just do that and their programming is just wrong.” Then an MIT PhD-looking dude from The Void HQ popped out of a back room and explained that they were having positional tracking problems that day. He and his team had to fix things while the Madame Tussauds staff sat idle. Acquiring skilled professionals and having enough of them to staff each site is not a small expenditure, but it’s a requirement to power this complex experience. 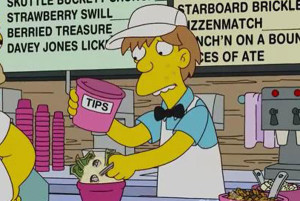 Not quite engineer material

One smaller challenge on top of these three that shouldn’t be overlooked: Oculus doesn’t allow its headsets to be used in these location-based experiences. Other players have been more than willing to fill the void, however. Oculus has yielded market share to HTC’s aggressive marketing efforts, as well as to smaller upstarts like Starbreeze, which partnered with IMAX’s VR center.

I believe mixed reality arcades can be a huge boon for VR adoption, and I’m confident there will be profitable ventures created in these immersive arcade experiences. But the path to profitability will be a long one. Because VCs typically shy away from capex-intensive industries and will not be able to provide as much value in addressing these challenges as other investors, I don’t see VCs as the right backers to see these exciting experiences to market.