Now that Snapchat‘s parent Snap has signalled its intention to go public (in early March, is the date that we’ve heard through the grapevine), it’s stepping up a gear to show that its business is definitely worth $25 billion. Snapchat’s pitch: it is much more than just a place for 158 million, mostly American consumers between the ages of 18 and 34 to dip in and send each other short, disappearing picture messages every day; it’s a big lever in how media is consumed these days. Today came the latest development on that front. 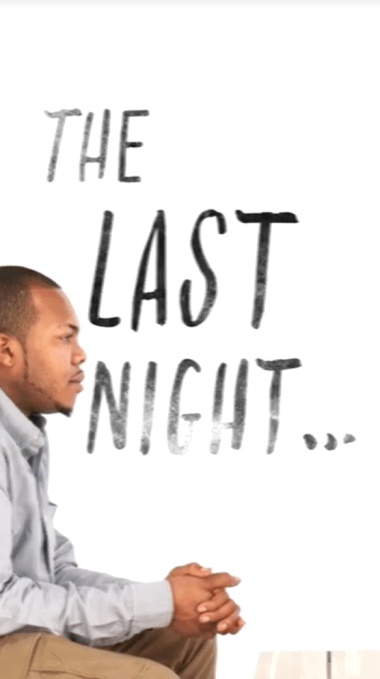 Snapchat announced a new content partnership with A+E Networks, to develop what will be the very first unscripted (reality TV) drama series for Snapchat Shows. “Second Chance” —  as the show will be called — sounds like pure melodrama. It will bring “emotional exes face to face to explore the breaking point in their relationship for the first time. In this sincere setting, couples seeking closure will also discover heartfelt opportunities for reconciliation.” There are little Snapchat details mixed in, like handwritten messages across the (vertical) video.

It has been reported before that the social network has been very aggressive in how it’s set the terms, allegedly asking to make flat payments up front and keeping ad revenues, and that is what will be happening here: Snap will keep all revenues for any ads sold against Second Chance.

The series will run for 8 weeks, one episode each week, and will be available to watch in the US, UK, Canada and Australia.

This is the second Snapchat Show content deal announced this week, after a deal with the BBC to create a special Planet Earth II series using footage that never made it into the final TV show. A+E Networks is a joint venture between Disney and Hearst and it seems like Snapchat is aiming to bring in several others in the stable of large media properties. Others that have inked deals with Snapchat for Shows include NBC, E! (also owned by NBCUniversal); Time Warner’s Turner; and other Disney channels like ABC and ESPN.

The series is being created by 45th & Dean, a production studio that A+E set up last year specifically to develop new digital content for new platforms. A+E has long embraced digital as an avenue to reach viewers: it was one of the first broadcasters to bring full runs of its most popular TV shows to the iPhone, something that seems like table stakes these days.

As with the other deals Snap has made for Shows, this is about A+E building an audience out of Snapchat’s young user base, but also connecting with its existing viewers who are already on the platform. “A+E’s investment in mobile storytelling is exactly what Snapchat Shows are all about: The ability to create premium and wholly original content for a mobile-first audience from some of the best storytellers in the world,” said Nick Bell, Snap’s VP of Content. “We are excited to break new ground with A+E Networks on our first unscripted series, with a concept that we think is raw and relatable.”

Meanwhile, for Snap, the significance is that it’s bringing yet more content to its platform, which could help with engagement and time spent on the app. As we pointed out the other week, some of its other formats have been cannibalized by competition — specifically Snapchat Stories saw a drop when Instagram launched a similar service, contributing to growth on the service overall to drop by 82%.

Instagram’s parent Facebook, YouTube and Twitter all also want to be doing much more in the premium content game, which will present even more competition. In that vein, original and exclusive content — if it hits the mark with viewers — could bring a more dedicated audience to Snapchat, and set it apart from the flock.

A+E says that this is the first, but not the last, series it will develop for Snapchat and Snap.

“When we launched 45th & Dean one year ago, our vision was innovation in storytelling across all platforms, and rich, meaningful partnerships,” said Paul Greenberg, EVP and GM for 45th & Dean. “Snapchat is a powerful brand, one which knows how to reach new audiences by pushing the limits and expanding the boundaries of creativity. We’re extremely excited to bring A+E Networks’ strong brand portfolio [it also owns Lifetime, the History Channel and FYI] to the Snapchat platform like never before as we roll out Second Chance and several other series already in development.”

Snap says it will be announcing more partners soon both for Shows and Editions, its platform for publishers.