After over a year’s worth of controversy around Facebook’s real names policy, Facebook has announced a couple of changes to its process in order to better serve all of its members, including those in the LGBTQ community.

Last October, Facebook promised it would make changes to its real name policy after a number of false account flagging incidents led to the suspension of LGBTQ members’ pages. Facebook requires people to use the names their friends and family know them by. For many drag performers, for example, their drag names are the names people know them by, but that didn’t prevent the suspension of their accounts.

While Facebook is not getting rid of its real names policy, it is starting to test new tools to improve the policy in order for it to work better “for everyone, especially for communities who are marginalized or face discrimination,” Facebook VP of Global Operations Justin Osofsky and Product Manager Todd Gage wrote on Facebook’s blog.

For one, Facebook’s new reporting process requires people to provide more information and context around why they’re reporting that name in the first place. Before, reporting a potentially fake name was as easy as the click of a button. 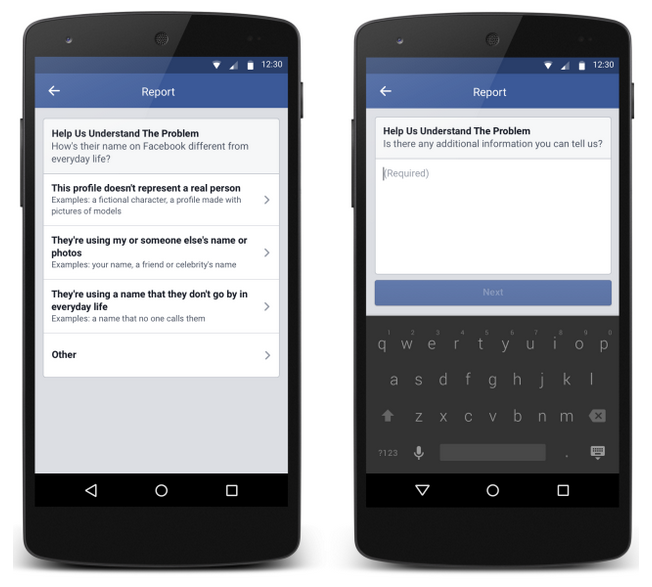 Secondly, Facebook is testing a new tool for people to defend and verify their name if someone else flags it. So, if your account gets flagged, even though you’re using your drag name, or are using a different name in order to protect your privacy out of fear of abuse, harassment or stalking, you’ll have a week to be able to describe your situation before Facebook suspends your account. 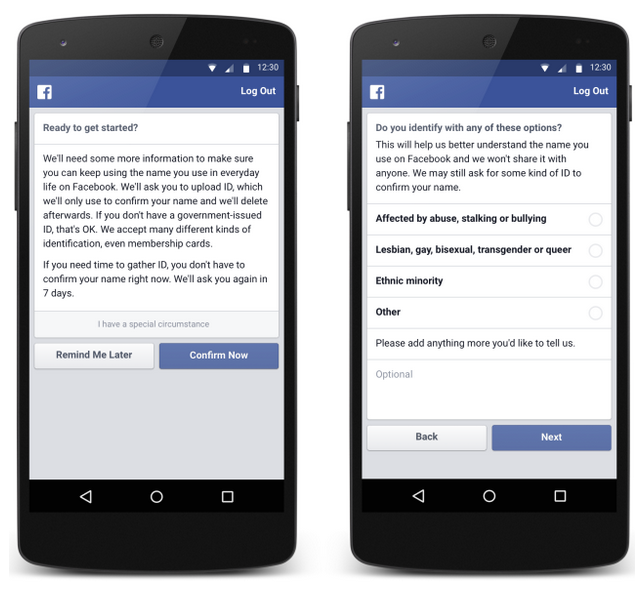 “SF Pride is committed to our diverse community and is encouraged by the positive steps Facebook has both taken, and continues to work on, in addressing the reporting tools associated with their Authentic Names policy,” George Ridgely, Jr., executive director of SFPride, told TechCrunch in a statement. “We appreciate all of the engaged community leaders and Facebook for their contributions in this effort. It has been our priority to work closely with all parties to facilitate ongoing working-group meetings, as well as a forum that will bring together members of the community and Facebook to discuss these changes.”

Facebook has since expanded the options and documents that people can use to verify their name, and early next year, Facebook will look at ways to “reduce the number of people who have to go through an ID verification experience, while preserving the safety of other people on the site. We will also continue to work on making the experience itself more compassionate and easier to navigate.”