Today, a company called Sywork (shorthand for “Show Your Work”) launched its new live-streaming service for artists and illustrators. Ever wonder what the process is behind beautiful oil paintings? Comic books? Well now you can find out, thanks to this YC-backed company.

Each artist has their own channel, which you can subscribe to of course, and you’re notified when they’re live. A few of the illustrators I’ve watched have been heads down making things, with music bumping in the background. Much like Twitch, there’s a chatroom to the right, where people who are watching talk about what they’re seeing.

It’s a niche, but a niche that spends money.

I spoke to one of Sywork’s founders, Marcelo Echeverria, about the site: 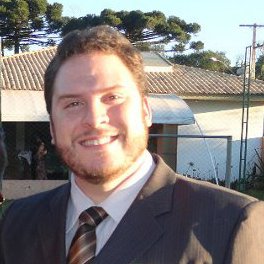 TC: How did you come up with the idea for Sywork?
ME: We are creators ourselves. I used to draw when I was younger and Felipe still draws. We’re also big fans of games, movies and comics, and wanted to see our favorite creators livestreaming as they worked.

We were looking for a place where illustrators could show their process and realized that a lot of artists have the same problem. Artists we talked to were trying to find a place to live stream. They were using google hangouts, paid live streaming platforms or even gaming platforms like Twitch. But there wasn’t a place created specially for them.

We want Sywork to be a place where creators can engage with each other and fans, build their audience and make extra money doing it. There are thousands of people who want to watch artists work live. We went to Comic Con this year and saw how passionate people are about their favorite artists. 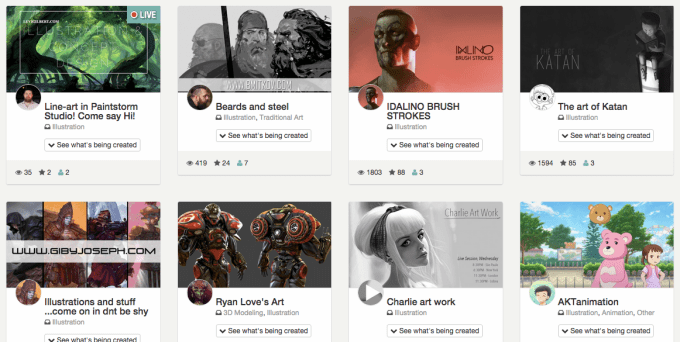 TC: Is this something artists have been looking for?
ME: Yes, artists were looking for a place of their own. Hundreds of artists we’ve talked to have moved from one live-streaming platform to another without being satisfied.

One thing they were looking for was a place where they could find a company while they’re working. Usually it takes hours to create something and sometimes the process is lonely. Interacting with people sometimes helps you create even more interesting work.

TC: What is the grand plan for the community? Make money yourselves, help them make money? Both?
ME: Our goal is to provide a place where artists from all over the world can engage with fans and each other, build their audience and make money.

This week we are implementing a subscription system that will help artists monetize their live stream. Artists can set up rewards for subscribers. The viewers/fans will have the opportunity to support their favorite artists by subscribing to their channels. Rewards can be anything from a digital copy of an illustration to a custom piece of art sent to you in the mail.

TC: How many creators are showing off live video on the site?
ME: Sywork has been live for only three weeks and it’s growing quickly. We started with three artists and last week we had around 200 streams, each one with an average length of 1 hour 27 minutes. Around 6,000 people from 115 countries watched art being created live on Sywork last week.

This is just the beginning. Every day we have more creators on Sywork. We also have plans to expand to any kind of art. Any creator around the world will be able to show their art live.
———-

The self-admittedly annoying “Twitch for XXXX” is starting to get used as much as the “Uber for XXXX” but it means that it’s a real space and companies are setting up camp for niche eyeballs.

If Sywork can hook up an e-commerce component to what they have today, as well as bring on some well-known illustrators, it could see some serious cashflow.