YouTube will launch a new, child-friendly version of its service for mobile devices on Monday. USA Today broke details of the news, which we’ve confirmed with sources at the company.

The app will initially be available for Android and in the U.S. only, but the move is telling of the Google-owned company’s ambition to develop its service beyond just being the world’s largest repository of online videos. It already has its ‘Music Key’ service, and an ad-free version is reportedly on its way also.

The kids app will surface content suitable for youngsters, as you’d expect, and TechCrunch understands that it will include a number of parental control features, such as a limiter that restricts the time of each session, and a sound toggle for muting and unmuting videos. The app will ship with content from a range of partners from the entertainment industry, including Jim Henson TV, DreamWorks, National Geographic, and a range of high-profile YouTubers.

In addition to providing access to suitable content, the app will offer curated options to help find videos easily. Dedicated channels and playlists that span TV shows, learning experiences, exploration and music will be available. 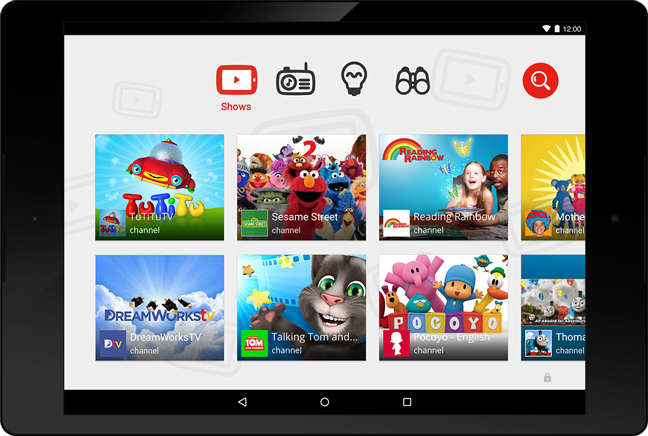 As someone with young kids myself, I can say that this app has been a long time coming. (The Information first revealed YouTube’s plans back in March 2014.)

My four- and six-year-old love videos (like most youngsters), but I’ve always been somewhat wary of giving them extended time with YouTube. There’s a great selection (and volume) of content on the service, but there have been times when it auto-loads less appropriate videos when they’ve finished watching something suitable… ensuing a panicked rush as I grab my phone/tablet and frantically hit mute and switch to something else. Netflix, with its dedicated Kids service, is my go-to choice instead — and also books and real-life activities, because you don’t want kids spending too much time online at a young age.

My kids love Vine’s recently launched kids app — which shows child-friendly clips from the short video service — and YouTube’s kids app seems likely to be a hit, particularly among parents.