Rap Genius, the startup that wants to “annotate the world,” sees the departure of co-founder Mahbod Moghadam today, owing to Moghadam’s ill-advised annotations on the rambling manifesto of Elliot Rodger. Rodger went on a killing spree this past weekend, injuring 13 and killing seven, including himself. In a blog post detailing the news, co-founder and CEO Tom Lehman describes how Moghadam’s missteps would have been met with decisive action were he a community member, and says the co-founder is no exception.

Moghadam’s annotations were pointed out by Gawker in a post yesterday, in which writer Jordan Sargent identifies some of the particularly horrible comments left by the Rap Genius co-founder on the document. Those include a disgusting, misogynistic guess from Moghadam that Rodger’s sister is “smokin hot” and compliments on the writing style of the killer.

Lehman in the blog post today says that the Rap Genius team debated even uploading the mostly incoherent manifesto on the site, but in the end opted to do so because “understanding the psychology of people who do horrible things can help us to better understand our society and ourselves.” The images of the annotations (since removed) from Sargent’s post are below:

Yesterday, Moghadam responded to the Gawker article with an apology, saying “I was fascinated by the fact that a text was associated with such a heartbreaking crime, especially since Elliot is talking about my neighborhood growing up. I got carried away with making the annotations and making any comment about his sister was in horrible taste, thankfully the rap genius community edits out my poor judgement, I am very sorry for writing it.” He’d also previously said that a brain tumor removed in October of last year was responsible for some his more objectionable behavior.

While the official line is that Moghadam resigned, it is likely that he was asked to leave by the company following his actions over the weekend. Re/code is reporting definitively that he was fired. Lehman’s own comments in his blog post seem to confirm this, as he states in his closing paragraph that he “cannot let” Moghadam “compromise the Rap Genius mission.” Former CTO and co-founder Lehman is taking over the CEO role, and fellow co-founder Ilan
Zechory will stay on to help run the company.

Moghadam responded to TechCrunch’s request for comment by simply linking to the post by his former co-founder Lehman. We’ve contacted Lehman for more info, and will update with any response. Moghadam also tweeted the following:

A History Of Bad Behavior

Founded in 2009, Rap Genius is a lyrics and text annotation site that allows users to add explanations for song lyrics, news, historical documents and more that are hosted on the site. Other users can hover over snippets of text to view the annotations. A $15 million investment from Andreessen Horowitz in late 2012 put the startup in the spotlight.

Ever since, though, the company’s founders have found themselves getting into trouble. Moghadam infamously told Mark Zuckerberg “suck my d*ck”, and hasn’t been shy about his drug use when interviewed. 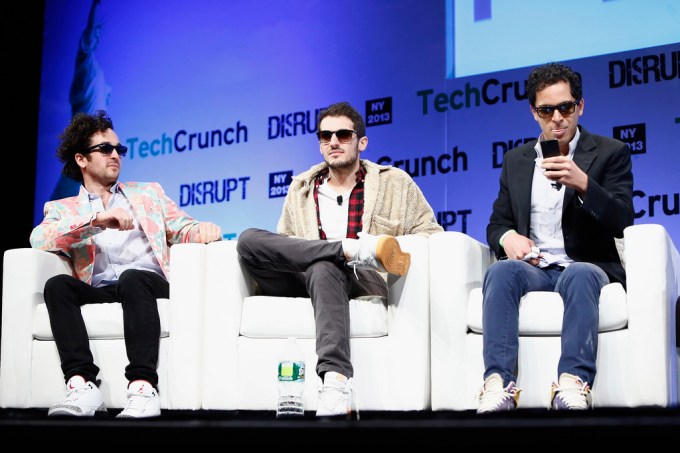 But some said the company had gotten its prominent search rank — and subsequent traffic — by using spammy tactics to get blogs to link to its annotations in order to aid its Google PageRank. Google caught the startup red-handed and drastically demoted its placement. The Rap Genius founders apologized and detailed the technical lengths they went to remove or disavow the fraudulent links, and Google restored much of the site’s prominence in its results.

These incidents created a sour perception of Rap Genius and Moghadam, especially amongst many in the tech industry, priming the swift backlash to the co-founder’s inappropriate annotations of Rodger’s writings. Rather than uncharacteristic, Moghadam’s comments may have been seen as the last straw.

Rap Genius’ large casual user base may not hear about — or care about — the scandal. However, the incident could make it tougher for Rap Genius to hire top talent or raise more money, because of the latest stain on the company’s reputation.