The Pinterestification of the web has claimed another victim. Charity donation platform, Believe.in, is the latest startup to move from a feed-style view on its homepage and user profiles to a tile-based structure — that’s (inevitably) reminiscent of the online image curation site which popularised the look, aka: Pinterest.

Believe.in says its new look tiles package up over 20 different types of content and activity into “distributable blocks” — that are either automatically generated when users are active across the platform, or can be manually created when users want to share a piece of content (such as a link, video, or photo) with their network. 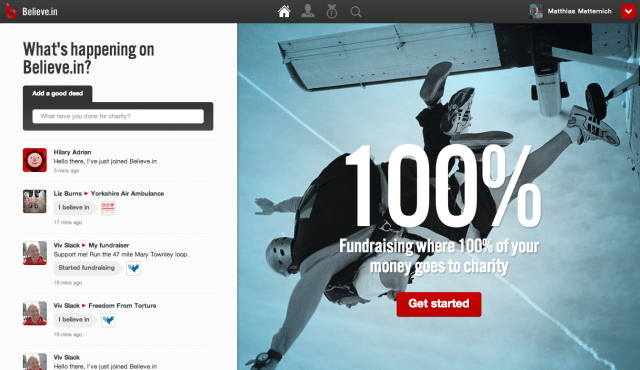 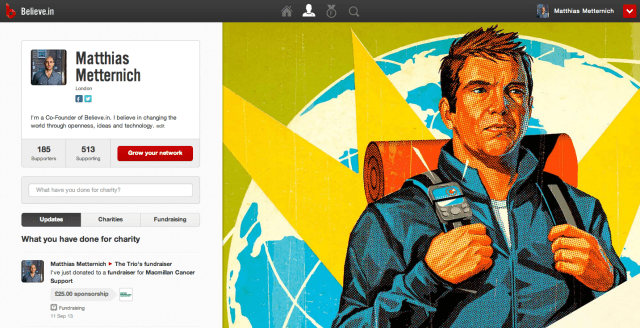 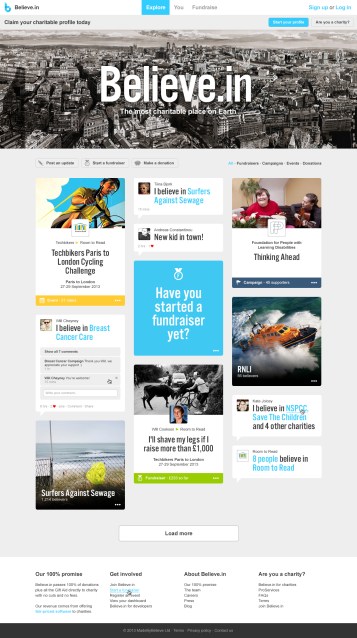 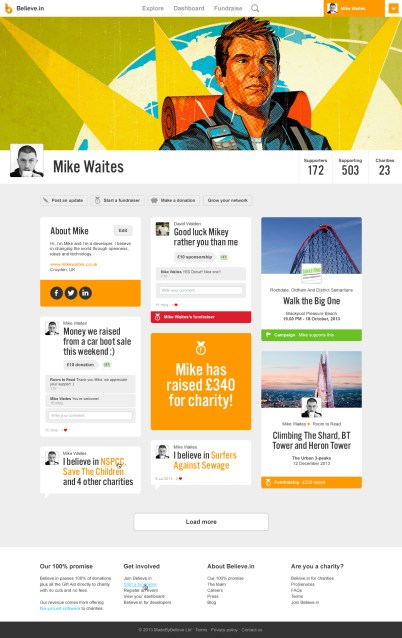 Co-founder and CEO Matthias Metternich says a tile-based design gives more visual interest to the layout and allows more flexibility in how content is displayed and linked to, allowing for multimedia content to be more easily injected.

He also argues that tiles allow for different types of users to be catered for within the same design — something that’s important to Believe.in, which has both charities and charity donators on its platform.

“There is the challenge, too of individuals not always necessarily knowing what [causes] to support, or what options they have available to them. Tiles helps us present this variety sooner, rather than later, offering a guiding hand to those who are just getting started with becoming philanthropic vs tiles that are relevant to those who have very defined preferences,” he tells TechCrunch.

“We also have different user-types using the platform, which tiles helps accommodate for, e.g. we can bring different tiles to the fore for non-profits vs users vs (later) businesses, with each user-type requiring nuanced feature-sets that are relevant to them and their audiences. A non-profit, for example, will find it useful to have tiles that weave story-telling together with clear calls to action.”

The other big advantage of a tile-based design structure is that it can easily adapt the view to accommodate different device types and screen sizes, which is of course increasingly important as more Internet hours shift from the desktop onto smartphones and tablets and apps.

“I think you’ll find that tiles will increasingly become more common in a multi-device centric world,” says Metternich, adding: “It’s about ultimate flexibility… We’ll need this as we ramp up toward the release of our public facing API, a more robust app infrastructure and give non-profits further options to communicate and engage with individuals.”

Believe.in is gearing up to add additional apps to its portfolio in future — notably Metternich says it recently won a Cabinet Office bid to take over the U.K. volunteering platform Do-it.org.uk — and those will presumably also be built on the same tile-based technical infrastructure.

So the tile-based design may be derivative — from a design point of view — but it works to simplify future development work. “It’s a huge technical upgrade for us and paves the way for the introduction of further features and functionality, like additional apps beyond fundraising,” he adds.

Returning to the cause-giving space specifically, Believe.in‘s disruptive recipe is not to charge the charities using its (now) tile-clad platform any fees on donations they receive.

Back in May it announced a tie-up with easy payments API startup Stripe, adding another string to its bow to lure in the non-profits. Its business model is a freemium one, based on selling paid-for add on services such as cloud-based social enterprise software to help charities make the most of social media and the real-time web. At the end of August it launched its first set of free and paid-for tools for non-profits — the first step in its monetisation play.

Asked about early traction here, Metternich will say only that it has “thousands” of non-profits using the Believe.in platform. He adds that it’s also gearing up for a U.S. launch.